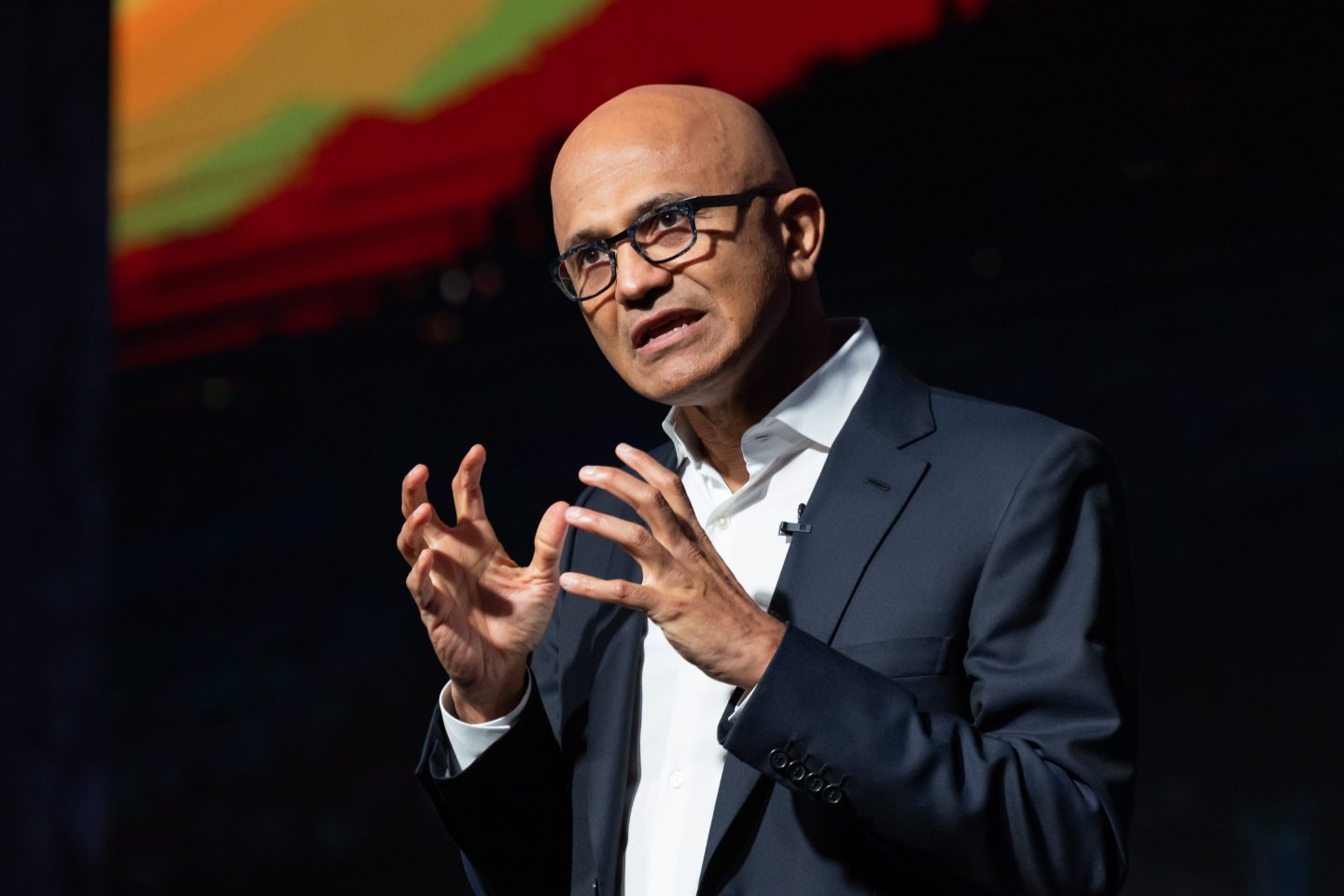 Satya Nadella is CEO of Microsoft, which is cutting around 10,000 jobs.
SeongJoon Cho/Bloomberg via Getty Images

Tech giants have laid off tens of thousands of employees over the past few months as recession fears, persistent inflation, and rising interest rates continue to weigh on earnings results. The likes of Google, Amazon, and Meta have let go of nearly 40,000 employees combined.

But Gene Munster, managing partner at the tech-focused investment and venture capital firm Deepwater Asset Management (formerly Loup Ventures), believes the worst is yet to come.

“There’s still another 15% to 20% of headcount reductions for these Big Tech companies in the next three to six months,” he told CNBC on Monday.

Munster, who has worked for decades as a tech analyst on Wall Street, said that employee headcounts at Big Tech firms grew at the same pace as their revenues did between 2019 and the end of last year—and that’s not a sustainable pattern.

“Ultimately, it keeps coming back to, simply, these companies added too many people too fast,” he explained.

The analyst pointed to Apple as the one “standout” firm that didn’t grow its employee headcount as dramatically over the past three years, and Apple has yet to begin layoffs. Apple grew its revenues by 52% since 2019, but its headcount rose just 19%, according to Munster.

“I bring that up as a case study for what I think will be a guidebook for other tech companies,” he said.

In order to get their employee headcounts in line with the current economic environment, one by one, Apple’s Big Tech peers have begun slashing jobs. The cost cutting began when Meta let go of 11,000 employees in November, citing its falling revenue and mounting losses. Then, in early January, Amazon slashed 18,000 positions. CEO Andy Jassy said in a note to employees that the move would help Amazon “pursue our long-term opportunities with a stronger cost structure.”

Google’s parent company, Alphabet, joined in the carnage last week, slashing 12,000 jobs as CEO Sundar Pichai ​​told investors the company needed to “reengineer” its cost base and direct talent and capital to the “highest priorities.” And Microsoft’s management revealed on Wednesday—the night after execs hosted a lavish private concert with the rock legend Sting—that it was cutting around 10,000 jobs because of difficult “macroeconomic conditions and changing customer priorities.”

Despite the big layoff numbers, Munster said that the latest cuts to Big Tech employee headcounts may not be enough.

“Just to put Google’s recent cuts into perspective: Their operating margin goes up by 1% because of these cuts,” he noted. “So these cuts, even though they catch a lot of headlines, but that really doesn’t move the needle.”

The analyst went on to argue that big tech companies will likely continue layoffs now due in large part to two recent developments that have given them the “cover” to do so.

First, after Elliott Management’s latest investment in Salesforce, Munster said that the activist investor will likely push for further cuts to the software giant’s workforce. Salesforce already laid off 10% of staff earlier this month, but if Elliott Management is successful in provoking increased headcount reduction, that could help other tech CEOs do the same.

“I think it gives them cover, probably enough cover to take a step in the right direction,” Munster said.

Second, Elon Musk has shown that making far more “significant” headcount cuts is a “plausible approach” after his $44 billion Twitter acquisition, Munster said. Twitter has already laid off more than half of its workforce and plans to continue cutting positions in coming months, eventually reducing the company’s headcount to under 2,000, Insider reported last week. While critics have argued that the company’s cost-cutting strategy could end in disaster, Munster believes it’s evidence that major platforms and tech businesses can operate with a much leaner labor force.

But while more layoffs will likely come, Munster said that most big tech firms won’t slash as many jobs as they should—and definitely not as many as Twitter has—because it would be politically and reputationally challenging.

“You can’t go and take that full measure that you need to do,” he argued. “Twitter took more than a full measure, but these other companies haven’t taken enough.”