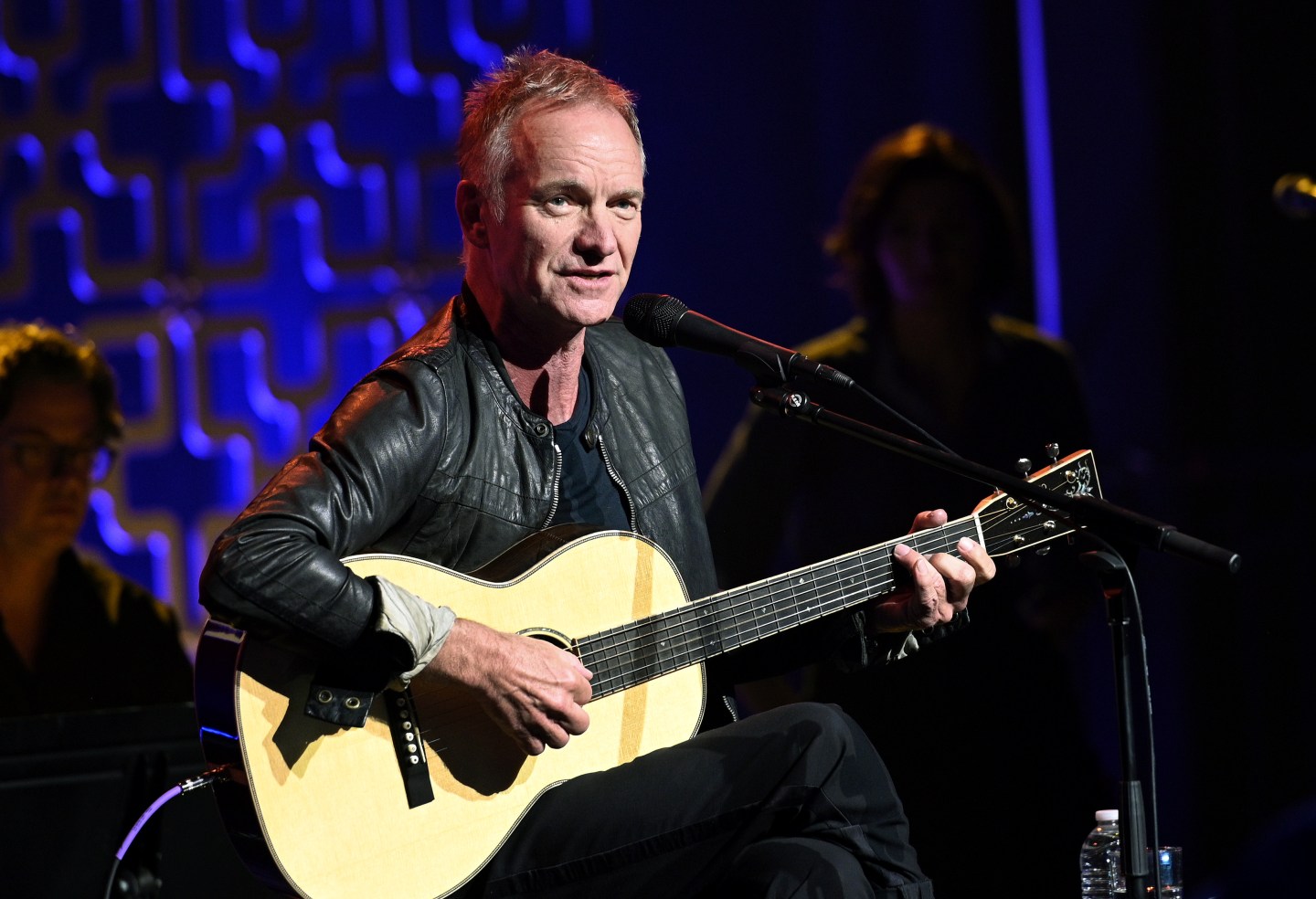 Sting, pictured performing in California in 2020, played at an intimate gathering in Davos that was hosted by Microsoft.
Andrew Toth—Getty Images for iHeartMedia

Microsoft has come under fire after details of a get together it held in Davos, Switzerland, left the company’s workers more than a little stung.

The Wall Street Journal reported this week that Microsoft hosted an exclusive event for around 50 people at the Swiss ski resort on Tuesday evening, with sources telling the publication that attendees had been treated to a live performance from iconic musician Sting. The party’s theme was sustainability, according to the WSJ.

It is unclear whether Microsoft paid Sting to perform at its event on Tuesday evening, but according to booking agency AAE Music it can cost upward of $500,000 to hire the artist for a private gig.

Invitees to the event—which the WSJ described on Wednesday as “intimate”—reportedly included some of the company’s most senior executives.

The next day, Microsoft announced it was slashing 10,000 jobs—almost 5% of its workforce—citing “macroeconomic conditions and changing customer priorities.”

It marked the largest round of layoffs at the company since 2014. Toward the end of last year, the company announced it would be letting 1,000 workers go.

In an email to employees on Wednesday, CEO Satya Nadella said some workers would be told that day that their jobs would be cut, adding that the downsizing would be completed by the third quarter of 2023.

“We will treat our people with dignity and respect, and act transparently,” he said. “These decisions are difficult, but necessary.”

“We’re living through times of significant change,” Nadella also told his workforce. “We’re seeing organizations in every industry and geography exercise caution as some parts of the world are in a recession and other parts are anticipating one.”

Microsoft is just the latest behemoth of the tech sector to announce sweeping job cuts. Amazon, Twitter and Salesforce are among a plethora of tech firms who also announced layoffs in recent months.

Some Microsoft employees told the WSJ that the turn of events between Tuesday and Wednesday was not a good look for the tech giant.

As details emerged around the company’s gathering in Davos—where wealthy and powerful people from all over the world are gathering for the World Economic Forum’s annual flagship conference—the firm also faced criticism on social media, with some dubbing the firm’s moves “hypocrisy” and a “bad look.”

Rita Gunther McGrath, a professor at Columbia Business School and author of The End of Competitive Advantage, said in a tweet that Microsoft’s week had left the firm’s reputation somewhat tarnished.

“I’m a big fan of Satya Nadella, but this is seriously bad executive symbolism,” she said.

Angus Norton, CEO of Seattle-based Bodhi Venture Labs and a former VP at Microsoft, said of the tech titan’s PR blunder that “the optics aren’t good.”

“I think it’s easy to forget that the term ‘job cuts’ = ‘livelihoods impacted’,” he said in a LinkedIn post on Thursday. “Behind every ‘cut’ is a human being, a family, a mouth to feed.”

Representatives for Microsoft declined to comment when contacted by Fortune.