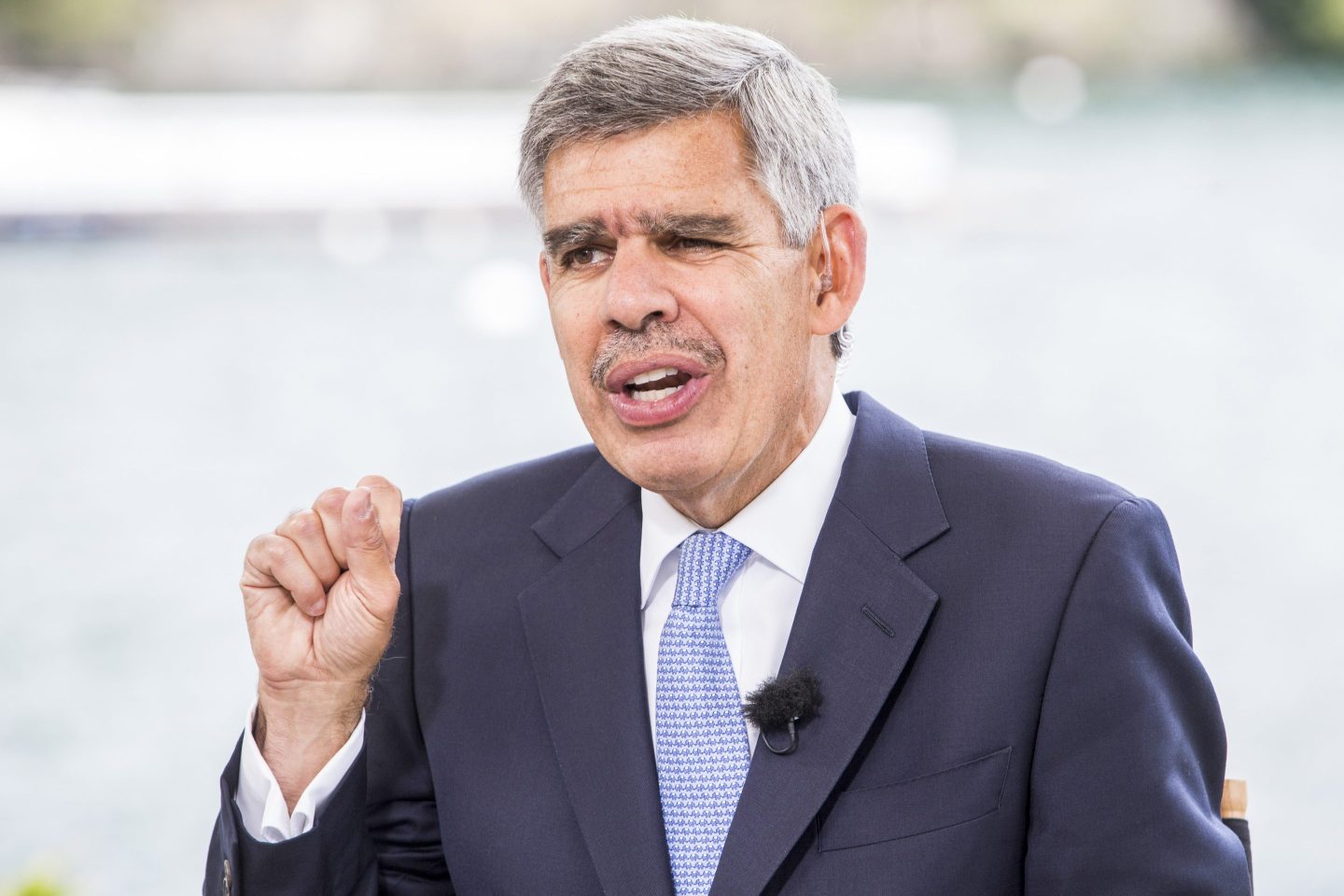 After raging to multiple four-decade highs in 2022, inflation has fallen steadily over the past six months. But now, an increasing number of economists and business leaders are worried that the trend won’t last. “I think inflation is going to get sticky in midyear at around 4%,” Mohamed El-Erian, the president of Queens’ College at the University of Cambridge, told Bloomberg on Friday.

The economist has been warning about the possibility of persistent inflation since August of last year, but he’s not alone anymore. Christian Ulbrich, CEO of JLL, a real estate and investment management firm, told the Financial Times this week that at the World Economic Forum in Davos, Switzerland, it was a common view among his executive peers that 4% inflation is the new 2% inflation.

Ulbrich believes that there are “a lot of fundamental trends”—including the decoupling of the U.S. and Chinese economies and the move toward green energy—which could even keep inflation “persistently around 5%.” You may think that’s a small difference, but two to three percentage points is a big deal when it comes to inflation.

Over the past decade, barring a brief blip in 2018, investors and businesses have become accustomed to extremely low borrowing costs that fueled soaring home and equity prices. But a world with 4% or 5% annual inflation would force central banks to keep interest rates higher for a longer duration, and that would probably have a ripple impact on stocks, further freeze the housing market, and force some corporations that skated by in the easy money era—the so-called “zombies” with high debt loads and weak cash flows—out of business. In short, it would be a very different financial world. Other economists’ and market watchers’ comments indicate a growing consensus that this new world is coming into view.

Beyond global inflationary issues like the green energy transition, El-Erian explained that there’s been a shift in the main drivers of U.S. inflation in recent months that could prevent the Federal Reserve from hitting its 2% inflation target this year.

In 2022, inflation was mainly caused by rising goods, energy, and food prices. But now, the economist says that “mounting wage pressure” and rising prices in key areas of the services sector—including medical care and transportation costs—are driving price increases.

“This transition is particularly noteworthy because inflationary pressures are now less sensitive to central bank policy action,” he wrote in a Bloomberg op-ed Tuesday. “The result could well be more sticky inflation at around double the level of central banks’ current inflation target.”

In 2022, Fed officials raised interest rates seven times in order to tame inflation. And lately, their efforts have helped slow the steady rise of consumer prices, but El-Erian believes that central bankers don’t have the tools to efficiently fight inflation in parts of the services sector.

Some sectors of the economy are more readily influenced by rising interest rates than others. Take housing: When the Fed raises rates, mortgage rates follow, and that increases the cost of buying a home. It’s a sector that the central bank can have a very direct impact on, very quickly. The services sector isn’t the same.

El-Erian is also worried that core inflation, which excludes volatile food and energy prices, could prove difficult to tame because businesses are less likely to cut prices once they’ve been raised, even if their costs are falling. To his point, core inflation rose 0.3% month-over-month in December, while overall inflation fell 0.1%.

Lisa Shalett, chief investment officer of Morgan Stanley Wealth Management, also fears inflation could get stuck at 4%, and she laid out three main reasons why in a Wednesday article. First, the CIO warned that energy costs could rise over the next six months. Morgan Stanley is predicting oil prices will jump more than 20% to $107 per barrel by the third quarter of this year, and falling oil prices have helped push inflation lower in recent months.

Second, Shalett said the fading strength of the U.S. dollar could cause import prices to rise, exacerbating inflation. And third, “structural labor shortages” might lead to persistent inflation in parts of the services sector like El-Erian is worried about, she warned.

“The implication of these risks, along with many investors’ failure to acknowledge them, is that core inflation is unlikely to decline in a straight line through year-end toward the Fed’s target of 2%,” the wealth management veteran wrote. “Rather, the decline is more likely to stall out mid-year, with inflation staying closer to 4%—a development that could keep rates higher for longer and markets possibly stuck in a volatile waiting game.”

Former Treasury Secretary Larry Summers also warned at the World Economic Forum in Davos on Friday that inflation could get stuck above the Fed’s target.

Summers argued that “the greatest tragedy” would be for central banks of the world to stop fighting inflation too early, arguing that we do not want to “fight this battle twice.” And El-Erian said on Friday that the Fed should raise rates by 50 basis points in February—instead of the widely expected 25 basis points—to fight sticky core inflation now instead of waiting until “the economy weakens,” arguing that slower rate hikes are more likely to cause a recession.

George Ball, chairman of the Houston-based investment firm Sanders Morris Harris, thinks we are in a new world, inflation wise. “I think you occasionally get a turning of the investment and economic age,” he told Fortune last month, “and we’re at one of those now after over a decade of near-zero interest rates.”