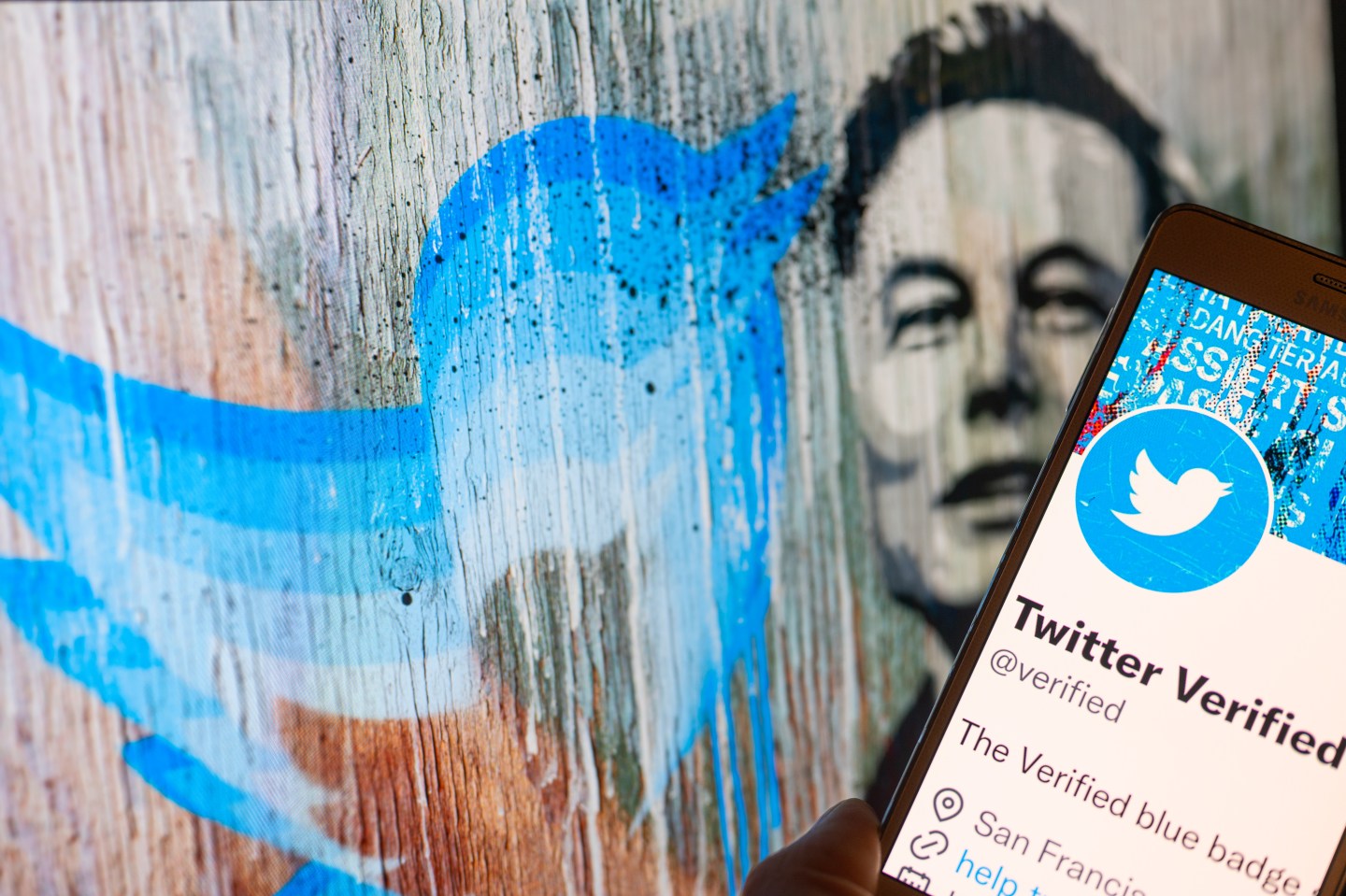 Revenue at Twitter may have collapsed by 40%. Elon Musk is therefor in talks to renegotiate the terms of his $13 billion in loans, as he faces his first interest payment soon.
Jonathan Raa—NurPhoto via Getty Images

As the polarizing entrepreneur gets ready to confront his first interest payments after taking on billions in debt to buy the company for $44 billion, his revenue base appears to be in bad shape.

According to a report in The Information on Wednesday, the social media company’s top line shrank by 40% over the same day a year ago as over 500 advertisers, who are responsible for the lion’s share of its turnover, halted their spending. The Information subsequently reported on Thursday that fourth-quarter revenue for the company was down 35%, according to a top ad executive.

Companies have complained since November that the mass firing of Twitter staff left them without their account manager contacts, while Musk’s attempt to monetize his user base by selling $8 per month subscriptions sparked an avalanche of imposter accounts that targeted Nintendo, Eli Lilly, and others. A surge in hate speech on the platform also made companies nervous to advertise.

As a result of Twitter’s general financial troubles, one of the elite group of third-party investors allowed to join Musk in the deal suggested its accountants no longer thought the social media company was worth anything like what it paid. Portfolio manager Fidelity took the book value of its stake in Twitter parent X Holdings and marked it down by more than half at the end of last year.

Even though revenue may be significantly down, there are other factors at play. Musk took a flamethrower to Twitter’s cost base, torching entire teams on the company payroll and laying waste to company perks like free lunch and health care treatments.

He is also reportedly refusing to meet rent payments for some of his Twitter offices in his fervor to cut costs.

With only about $1 billion in available liquidity reserves and expected outflows this year estimated by Musk to surpass over $6 billion, the centibillionaire will likely be scrounging between the sofa cushions to scrape up every last dollar in cash to pay creditors and suppliers. Twitter is even going so far as to auction off some of its furniture.

On Wednesday, the Financial Times cited people close to the buyout as saying the required loan payment for Musk could come as soon as the end of this month. Consequently, bankers are negotiating with him over the replacement of about $3 billion of expensive unsecured debt carrying an interest rate of 11.75% with margin loans that are backed by Musk’s stake in Tesla.

For his part, on Tuesday the entrepreneur posted a link on Twitter to an Axios story reporting that the social media platform was eyeing content sponsorship deals with more than three dozen news outlets, media companies and sports leagues in the first half of this year.

“The party is on!!” he wrote triumphantly on his own platform.

However, when Musk acquired Twitter he took it private, and there is little transparency into the company’s accounting. No figures are independently verifiable for investors, since the company is not required to publish audited statements.

In mid-December, Musk told a Twitter Spaces that the company expected to generate $3 billion in sales this year, down from $5.1 billion in 2021.

Jan 18, 2022: This story has be updated with additional information about reported fourth quarter revenue.