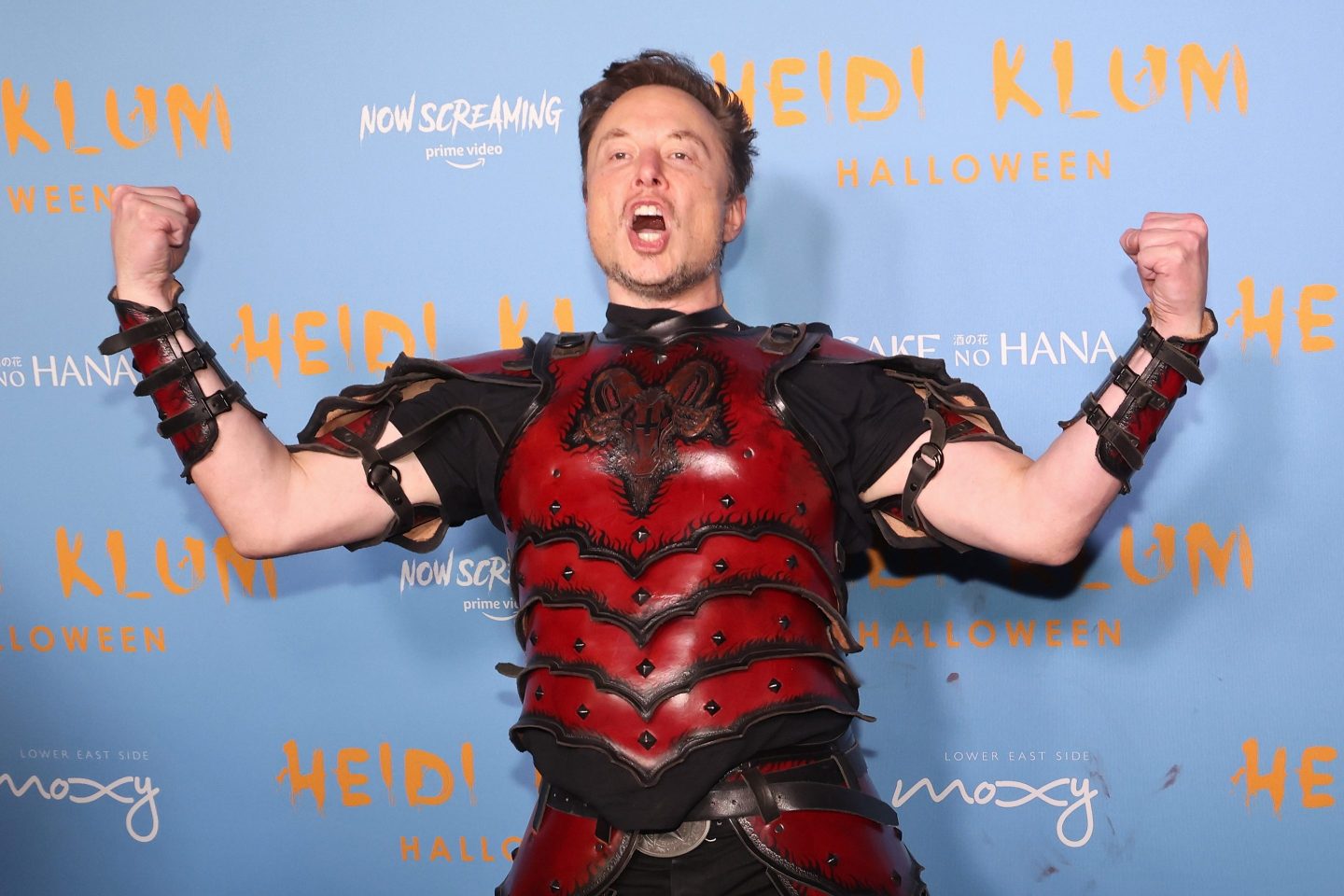 Elon Musk haggled with Stephen King over the cost of his Twitter account in what amounted to a tacit confirmation he will hit up some of the platform's most valuable personalities.
Taylor Hill—Getty Images

What began as a safety measure to distinguish real people from impersonators on Twitter will almost certainly become a perk exclusively reserved for paying accounts.

Elon Musk, the reluctant new owner of Twitter, confirmed the plans on Tuesday in a reply to author Stephen King’s own horror at a report he will soon need to pay $240 a year for the privilege of keeping his account’s official blue-check verification.

King’s visceral reaction came after The Verge said Musk put engineers on a deadline to develop a paying verification product by Nov. 7 or lose their job. Those blue-check Twitter accounts—estimated to number around 400,000—that fail to accept the for-pay offer in 90 days would forfeit their verified status.

“We need to pay the bills somehow!” the tech entrepreneur wrote, before floating a lower price. “Twitter cannot rely entirely on advertisers. How about $8?”

However, demand for such a paid service is extremely limited as evidenced by a poll from Musk lieutenant Jason Calacanis, who asked Twitter users what they would be prepared to pay for a blue check.

Out of the nearly 2 million accounts that have responded so far, more than four out of five refused flat-out. Another 18% were willing in theory at least to pay at least a minimum of $5 per month, but there is a margin of error as not all would likely fully convert and nearly 5% of all users are, according to Twitter, fake or spam accounts.

On Monday, King, who got a lot of support for his comments, wasn’t biting at Musk’s discounted price offer either: “It ain’t the money, it’s the principal of the thing.”

Indeed, data suggests the company’s limited attempt at creating a premium service—Twitter Blue—has been a dismal failure after raising less than $4 million over a year. Calacanis even texted Musk in mid-April that Blue’s features were “dogshit,” adding that “it’s worth paying to turn it off!”

Hitting up companies and other commercial interests that need official Twitter accounts for everything from sales lead generation to customer support is one possible avenue of increasing revenue.

Yet paying fundamentally upends the purpose of a verified private account. If anyone can spend money to get a blue check, then it would no longer act as a universal tool for easily distinguishing valuable authentic accounts from possible fake ones. Plenty of important opinion-shaping individuals across the political spectrum could become open game for bad actors.

“I got verified because I was being harassed and part of the harassment was accounts pretending to be me,” wrote physicist and author Chandra Prescod-Weinstein on Sunday. “Verification should be open to all and free—but it’s a safety thing.”

Only way to defeat bots

There are deeper ramifications, however. Twitter and other forms of social media have been a means for dissidents in autocracies and dictatorships to organize as well as a megaphone to express their political dissent.

If a malevolent regime were to spend money to disseminate misinformation under the guise of verified accounts—for example on the time and place of a protest—lives could potentially be at stake.

The current debate boils down to a thorny dilemma that surfaced after Musk paid dearly for the loss-making company: he now has to find a way to somehow deliver an acceptable return for his elite group of co-investors, which include the kingdom of Saudi Arabia.

The Tesla CEO had attempted to ditch the deal entirely, citing a proliferation of bot and spam accounts. Legal experts said this was a transparently flimsy argument that would never prevail, and Twitter’s board promptly sued to force him to go through with the deal.

Sensing he would lose the case in a five-day expedited trial, and facing what could be an embarrassing plaintiff cross-examination, Musk acquiesced last month to pay the full amount agreed in April without even so much as a face-saving markdown in price.

Now the new owner, who has now changed his bio from “chief twit” to “Twitter complaint hotline operator,” said hitting up verified accounts was a vital prerequisite to improving the platform’s experience for all 238 million daily active users.

“I will explain the rationale in longer form before this is implemented,” said Musk. “It is the only way to defeat the bots and trolls.”