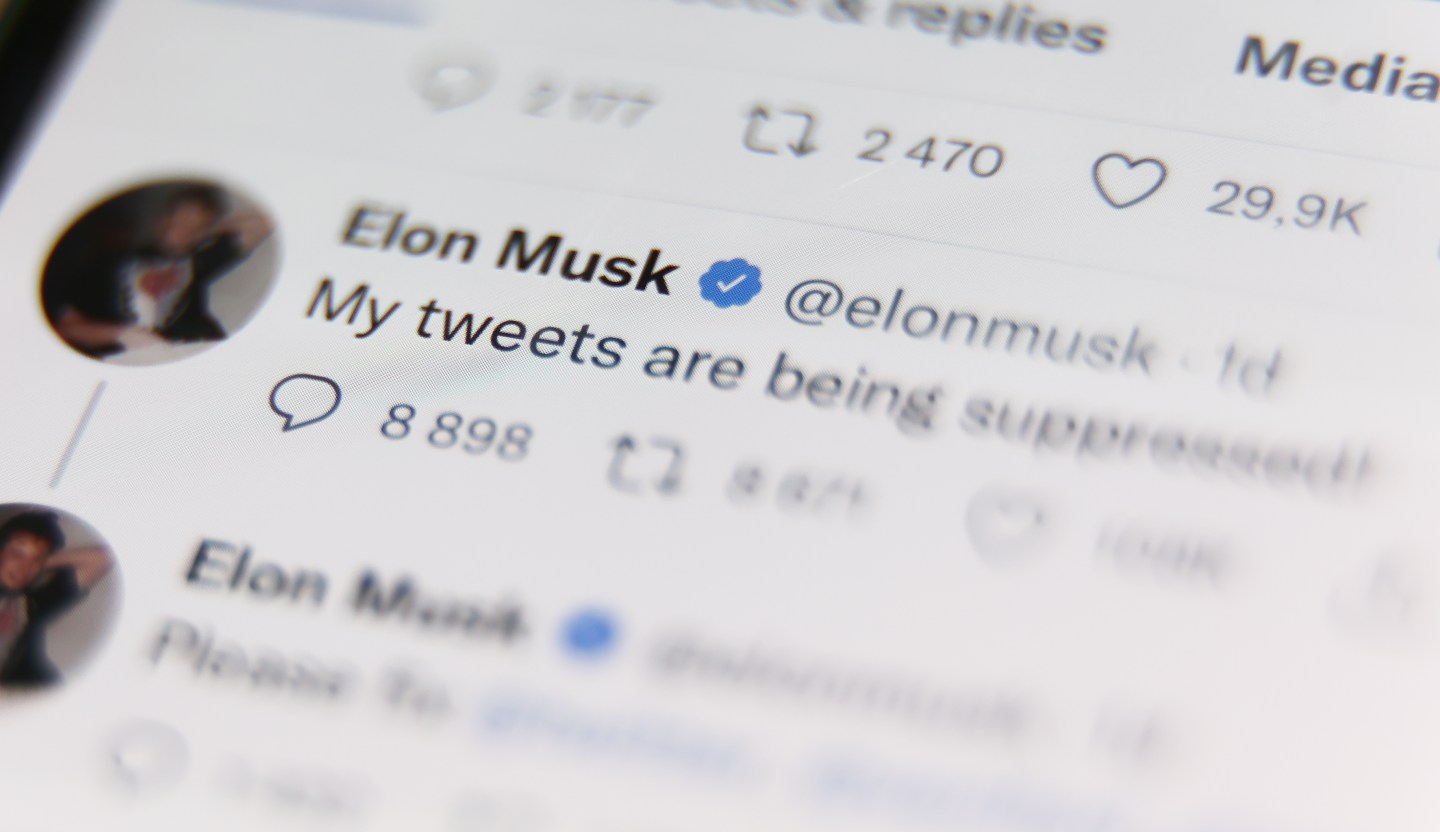 Elon Musk purchased Twitter for more than it’s worth—by his own admission to prevent the suppression of conservative voices. Now he needs the help of Tesla software coders to make a return on that investment.
Jakub Porzycki—NurPhoto/Getty Images

Elon Musk is reportedly engaging Tesla software engineers to improve Twitter, diverting shareholder resources to help him with his own personal investment.

Bringing in outside help highlights the raft of problems Musk is inheriting with Thursday’s purchase of a platform he first wanted, then didn’t want, and finally bought for $44 billion after a court left him no other choice.

Musk now needs to drive engagement and traffic by appealing to those who left for more right-wing sites, without scaring away mainstream brands that do not want to be associated with hate speech or incitements to violence such as those that ultimately led to Donald Trump’s 2021 ban from Twitter.

According to sources cited by Bloomberg, product leaders at the social media platform have been asked to show Tesla developers Twitter’s code so they can best assess what Musk’s newest asset needs most.

That suggests he does not fully trust Twitter employees to help him identify weaknesses and find a solution.

Twitter however is being bought by Musk via his personal X holding, and therefore is not a legal subsidiary of Tesla.

Since the latter is a publicly traded company, its employees work for the benefit of all the manufacturer’s shareholders and not just Musk.

That means the Tesla CEO would have to send his company a bill compensating them for their work hours for it not to be considered a misappropriation of corporate assets.

On Thursday, the Tesla CEO said he purchased Twitter to offer a healthier forum for civil discourse when traditional media—in the hunt for profits following the collapse of print journalism—is dividing society into polar extremes in “relentless pursuit of clicks.”

Wedbush Securities analyst Dan Ives however has called the deal “one of the most overpaid tech acquisitions in the history of M&A deals.”

That means Musk will have to monetize the platform that much more to achieve a return on investment for himself and, more important, the wealthy clique of financiers who signed on to contribute $7.1 billion.

Nilay Patel, editor-in-chief of The Verge, warned all social media platforms eventually learn the lesson that there is no such thing as free speech absolutism when you’re competing for ad dollars. Eventually Gettr, Parler, and Truth Social have all resorted to policing content posted to avoid scaring companies away.

“The problems with Twitter are not engineering problems, they are political problems,” he wrote on Friday. “The essential truth of every social network is that the produce is content moderation, and everyone hates the people who decide how content moderation works.”

The commercial consequences of unbridled free speech can best be seen in the example of Kanye West. After making comments deemed deeply offensive and anti-Semitic, the celebrity lost one commercial deal after the other, eventually costing him his status as a billionaire.

If Musk truly does not care whether he just set ablaze the bulk of $44 billion—or at least the roughly $24 billion of his own money sunk into the deal—he may be able to stomach the potential loss of advertisers that might come with minimal policing.

After all, the Tesla CEO has made it clear his vision is to end Twitter’s overwhelming dependence on ad revenue, create more stable recurring revenue, possibly through a premium service, and turn Twitter into a super app akin to China’s WeChat.