China’s COVID surge may have dragged down ‘Avatar: The Way of Water’ opening weekend 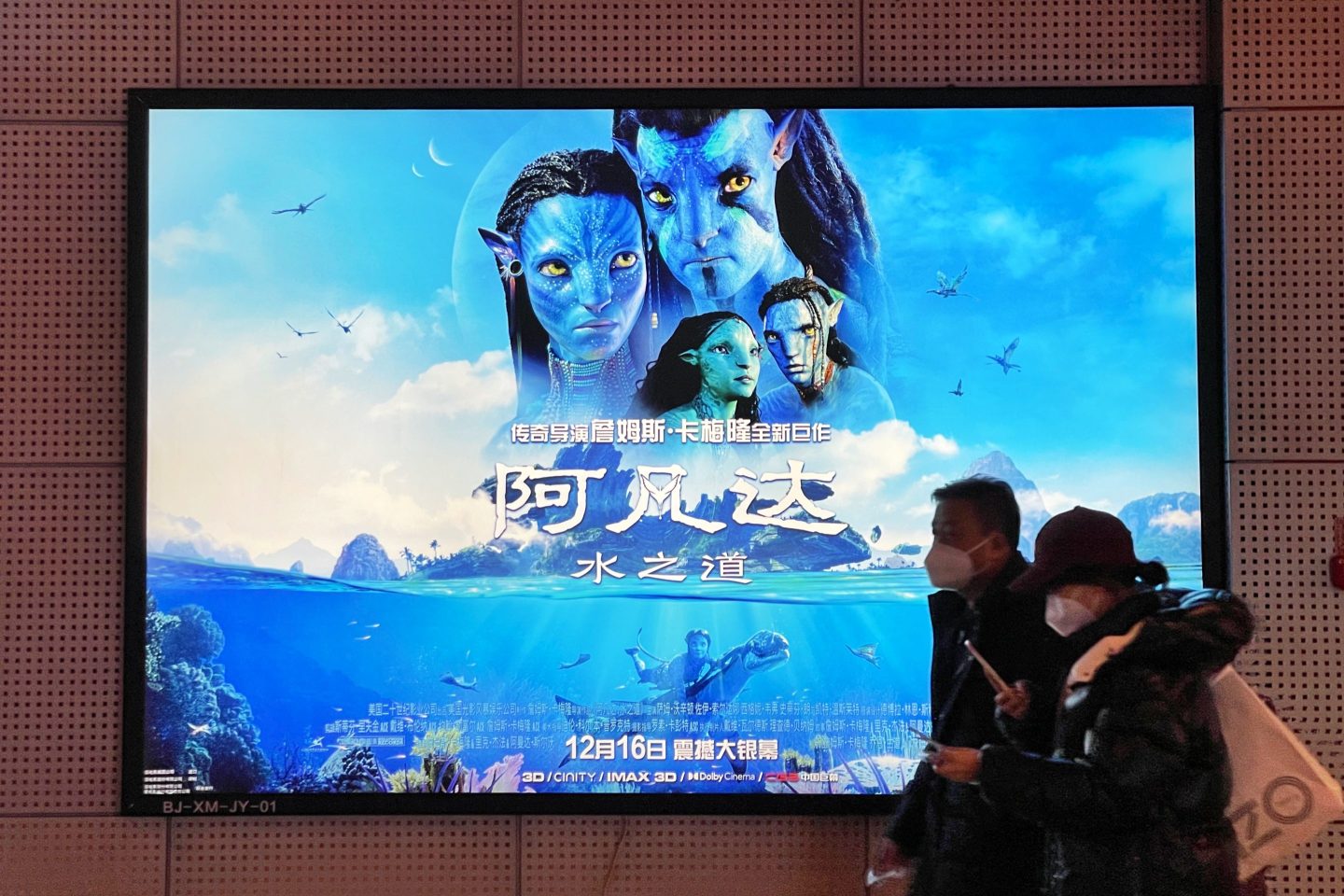 "Avatar: The Way of Water" got a rare China release, making it one of the few Western blockbusters to be screened in the world's largest film market.
VCG—VCG via Getty Images

Avatar: The Way of Water slightly underperformed expectations in its opening weekend, and China’s massive surge in COVID cases may be partly to blame.

The Avatar sequel, directed by James Cameron, took in $57 million in the Chinese box office over its opening weekend, according to Bloomberg. The Walt Disney Company, which released the film, earlier said it expected China sales to fall between $50 million and $100 million.

Globally, the film opened with $134 million from U.S. and Canadian cinemas, and $301 million globally (including sales in China). Avatar: The Way of Water’s North American haul came in slightly below Disney’s expectations of $135 million to $150 million, and below analyst predictions of $175 million, according to CNBC.

Still, the combined total of $435 million is enough to give Avatar: The Way of Water the second-biggest global opening weekend of the year, behind fellow Disney film Dr. Strange and the Multiverse of Madness, which earned a total of $450 million in its opening weekend.

The Avatar sequel needs to rake in a huge box office haul to recoup its development costs, with a reported production cost of $350 million—a figure that does not include the money spent on marketing. James Cameron, the film’s director, himself suggested that Avatar: The Way of Water would need to be “the third or fourth highest-grossing film in history” to break even.

The science fiction film is the first Western blockbuster to be released in China since August’s Minions: The Rise of Gru. Beijing has blocked the release of other films from Disney, including recent Marvel movies like Dr. Strange and Spider-Man: No Way Home (which holds the record of biggest global opening weekend during the pandemic).

Analysts said that a China release was necessary for the film to hit its target. “If Avatar: The Way of Water had not gotten a release in China, that would really not be a good thing for the movie,” Paul Dergarabedian, senior media analyst at Comscore, previously told Fortune.

The Walt Disney Company did not immediately respond to a request for comment.

China is grappling with a surge in cases as the country pivots away from its COVID-zero policy. Beijing had used lockdowns and mass testing to suppress COVID outbreaks, but economic damage and growing public dissatisfaction encouraged Beijing to ease several regulations earlier this month.

Beijing announced earlier this month that it would roll back several of its pandemic control measures, including limiting lockdowns to individual floors and apartment buildings, removing testing requirements for public venues and travel, and allowing mild and asymptomatic COVID cases to recover at home rather than in centralized isolation camps.

Yet health officials warn that China could see several waves of COVID as the country lifts more containment measures. A surge could drag down the economy as people stay home because they’ve either fallen ill or are worried about catching COVID. China’s business confidence is now at its lowest point since January 2013, according to a survey from World Economics.

Official Chinese data suggests that COVID cases are falling from their peak earlier this month, but observers note the official count could be less reliable after Beijing repealed many of the country’s testing requirements and stopped including asymptomatic cases in its data. Chinese shoppers are flocking to drugstores to buy cold and flu medication, and funeral homes in Beijing are reporting an increase in deaths from COVID-positive individuals.