China says 2 have died since change in COVID rules. Experts say the numbers don’t add up 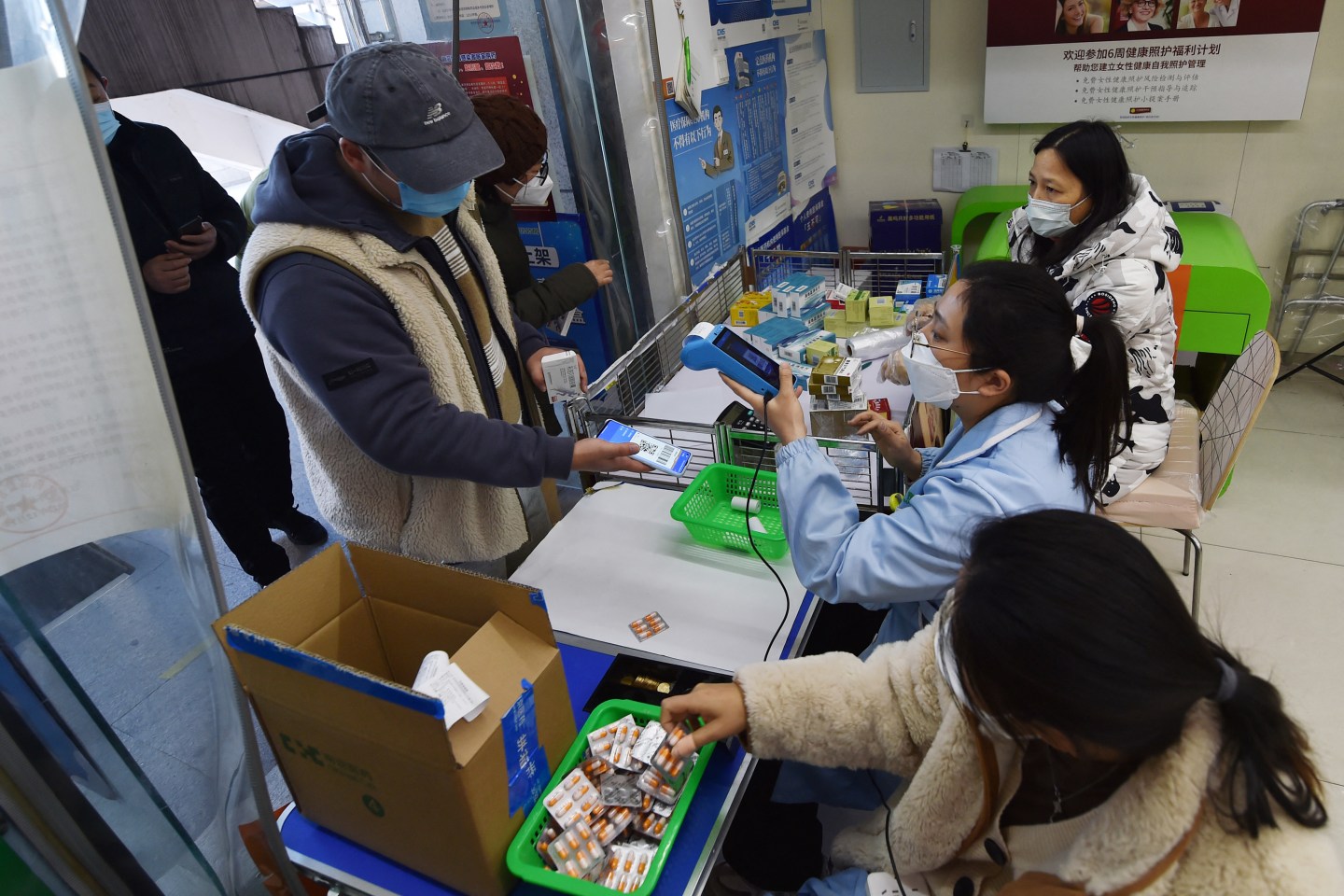 A man buys fever medicine at a pharmacy amid the COVID-19 pandemic in Nanjing, in China's eastern Jiangsu province, on Dec. 19, 2022.
STR—AFP/Getty Images

More than a month after China started seeing an exponential surge in Covid cases, the country has only reported two virus deaths, defying the experience of other, more vaccinated and better resourced places as they reopened and fueling suspicion the true scale of fatalities is being hidden.

The swift abandonment of Covid Zero has seen infections explode, especially in Beijing, which has seen shortages of medicine, overwhelmed hospital staff and deserted streets as residents stay home sick or to avoid the virus. That aligns with what other places experienced as they shifted from eliminating Covid to living with it — except for the lack of officially reported deaths.

Over the weekend, China reported its first fatalities since Covid Zero was dismantled earlier this month. In total, the country has declared just 11 Covid deaths among its 1.4 billion people since Nov. 19, which was more than a week after the government’s first tentative steps toward loosening virus policy.

“The very few Covid deaths reported so far are suspiciously low,” said William Schaffner, an infectious disease expert at Vanderbilt University’s medical school in Tennessee. He said a rapid increase in infections is typically followed by a rise in Covid-related deaths a week or two later.

“China has under-vaccinated its population, particularly older persons,” Schaffner said. “Thus, we continue to interpret data on Covid from China with a grain of salt.”

Reports on the ground suggest Beijing is seeing a wave of fatalities, with crematorium workers and relatives suggesting at least tens of people have died infected with Covid.

That’s stoked speculation officials and hospitals may be attributing deaths from the virus to other ailments as outbreaks mushroom, even though the National Health Commission — which collates China’s virus data — told Bloomberg News last week that everyone who tests Covid positive at their death is classed as a virus fatality.

When omicron hit South Korea earlier this year, daily deaths climbed to more than six per 1 million people. Meanwhile, Australia and New Zealand saw deaths pass three per-million a day at the peak of outbreaks after they left elimination behind. Even Singapore, which had a well-planned and gradual shift away from quashing all cases, experienced an increase in deaths to about two per-million daily.

Hong Kong — where omicron rampaged though the city’s under-vaccinated elderly, recording the deadliest outbreak in the world at one point — reported its first fatalities in early February. That was about three weeks from when the city said the virus was spreading locally. More than 10,800 people in the financial hub have died of Covid this year, versus China’s official death tally for the whole pandemic of a little over 5,000.

The low fatality rate so far also flies in the face of China’s own experience. Shanghai reported its first Covid deaths in mid-April, less than three weeks into a brutal two-month citywide lockdown and with fewer than 30,000 cases a day. By late-May, when the outbreak had largely abated, more than 580 people had died.

It’s in China’s interests to obscure or downplay the death toll, given the way it’s approached Covid from the time it emerged.

The government has spent most of the past three years casting China’s containment of Covid and low death toll as proof of the superiority of the Communist system. Now, amid the whipsaw pivot, officials are playing down the virus, with one top health adviser saying it could even just be called a “cold.” Covid policy is inextricably tied to President Xi Jinping, who is looking to cement his power after securing a third term in October and installing a cabal of new leaders.

All the evidence suggests China is headed for a more severe pandemic exit than other ex-Covid Zero countries.

The elderly are a particular concern. Unlike other countries that prioritized vaccinating residents of aged-care facilities, China’s elderly have proved difficult to persuade and the group remains extremely under-vaccinated. Just 40% of people older than 80 had received a booster by late-November and — while there’s been a recent push to inoculate older people — the figure likely remains low given the lack of mandates, as other countries deployed.