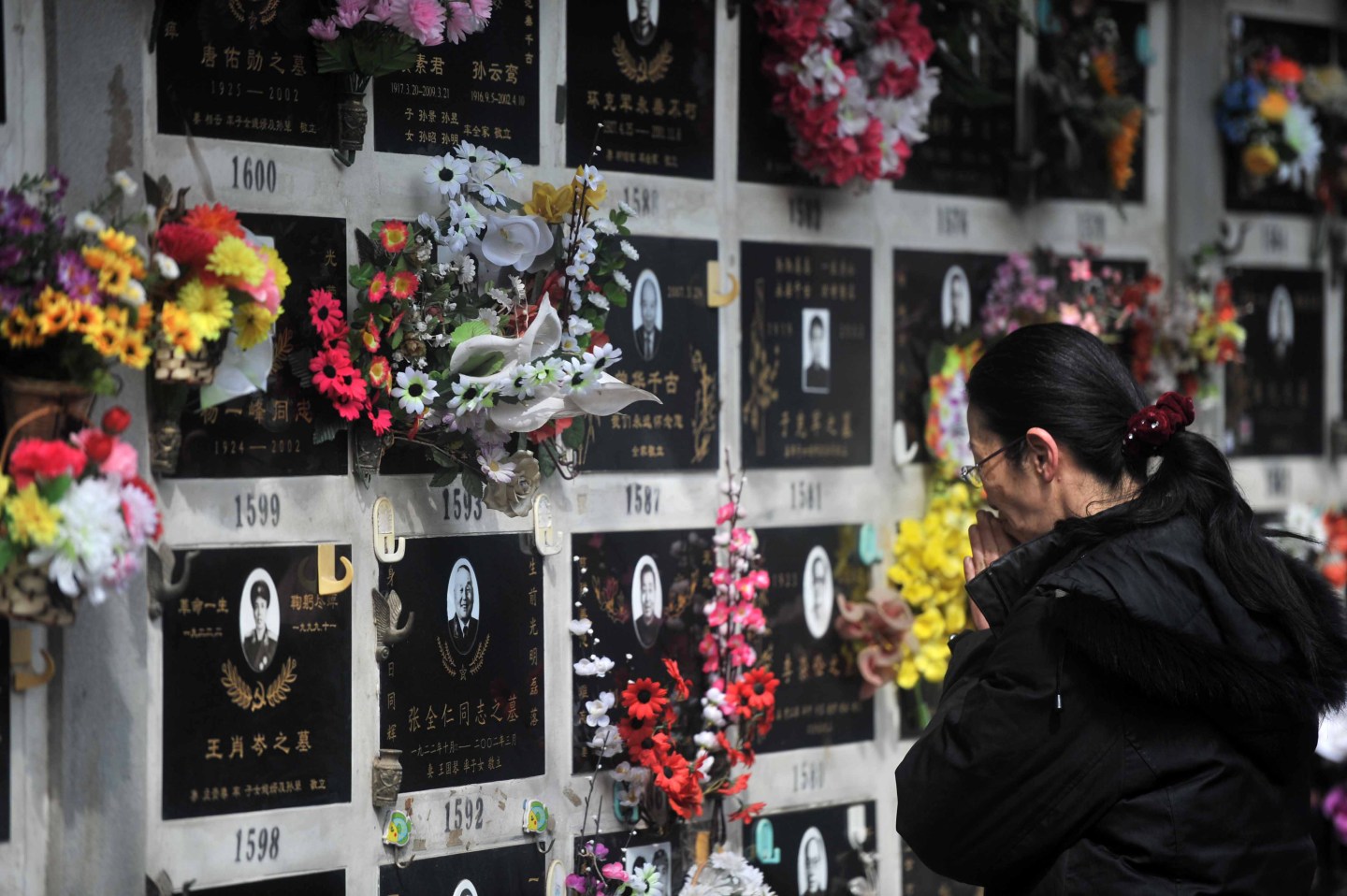 The number of Covid-positive dead arriving at Beijing’s funeral parlors and crematoriums is rising, according to media reports, despite China not reporting a fatality from the virus for two weeks.

The Chinese capital is in the grip of its worst Covid wave yet, after officials nationwide abruptly abandoned the stringent curbs that have kept the virus at bay for much of the past three years. Staff at a Beijing crematorium told the Financial Times they cremated the bodies of at least 30 Covid victims on Wednesday, while a relative of one of the dead said their family member had been infected with the virus, according to the Associated Press. Reuters reported funeral homes in Beijing being overwhelmed.

Still, China hasn’t recorded a death from Covid since Dec. 4, when two were lodged, that of an 84-year-old man in Sichuan province with underlying health conditions and another in Shandong province. The last official Covid fatality reported for Beijing — which was seeing thousands of cases a day even before China’s swift u-turn on Covid Zero — was recorded on Nov. 23: A woman, 87, authorities said had chronic heart disease.

It’s becoming increasingly hard to get a handle on the scale of China’s Covid onslaught, with the country last week halting reporting of asymptomatic cases, which typically made up the bulk of the infection tally. Even before that move, the dismantling of the country’s once ubiquitous PCR testing apparatus and increased used of rapid antigen kits meant official data was virtually meaningless.

Yet deaths are much less likely to go under the radar than cases.

A spokesperson for China’s National Health Commission told Bloomberg News on Tuesday that people who are Covid positive at their death are classed as virus fatalities, regardless of whether that’s the immediate cause of their death. Yet, the reports coming out of Beijing’s funeral parlors and crematoriums indicate that may no longer be the case, or that local authorities or hospitals are classing the deaths differently.

When contacted Sunday, the NHC had no comment on the reports of Covid fatalities and stretched The Beijing Dongjiao Funeral Home cremated 150 bodies on Wednesday, 30 or 40 with Covid, a worker who asked not to be named told the FT. Covid deaths are being prioritized for cremation, the employee was reported to have said. FT reporters also saw body bags at a hospital designated for virus patients.

Dongjiao and another funeral home were designated by Beijing health authorities to cremate those who die after testing positive, a relative of one of the dead told the AP. People outside Dongjiao told the news agency at least two of the dead cremated there died testing positive.

Calls to Dongjiao and three other Beijing funeral homes weren’t picked up, while workers at others — in Shunyi, northeast of central Beijing, and the satellite town of Huairou — declined to answer questions on Covid deaths or procedures.

China has reported just 5,235 Covid deaths since the pandemic started in late 2019, with the first known cases in the central city of Wuhan. The system of lockdowns, mass testing and mandatory isolation was borne out of that crisis, and enabled China to go long stretches of the pandemic virtually virus-free.

President Xi Jinping closely aligned his rule with the Covid Zero policy, which he used to tout China’s superiority over the West, in particular the US — which has seen more than 1 million official Covid deaths.

That all shifted over the past few weeks, when extraordinary protests across major Chinese cities saw Beijing reverse course on a policy that has been hobbling the world’s second-largest economy all year. The official rhetoric has shifted from demonizing Covid to downplaying it, with one top medical adviser telling college students last week the virus could be described as a “cold.”

A Xinhua commentary on Saturday said lives have been protected to the utmost in China’s battle against Covid.

“One thing has become crystal clear now: China has honored what it has always said it would do — putting the people and their lives above all else,” according to the commentary. “After three years, the virus is weaker but we have grown stronger.”

A wave of Covid fatalities would undermine the Chinese government’s narrative that it has handled the virus better than other countries, and that it chose this moment to pivot on scientific grounds.

The country is shedding restrictions in winter and when its vaccination rate among elderly people remains lower than that of other nations that reopened after pursuing virus elimination. China’s hospitals, especially outside major cities, are under-resourced and its unclear whether the country has sufficient stockpiles of anti-virals and other Covid medications.

While projections vary, China could see almost 1 million deaths from Covid as it finally reopens, according to a report by researchers in Hong Kong on Thursday. Modeling by the US-based Institute of Health Metrics and Evaluation shows fatalities could top 1 million through 2023 as the abrupt reversal on Covid Zero results in a surge.

Covid finally being allowed to circulate freely in China could disrupt global supply chains, with waves of absenteeism expected in what is often dubbed the world’s factory floor. Companies from Volkswagen AG to oil-refining giant Sinopec are preparing for significant outbreaks.

The lack of any reported deaths since curbs were lifted is also raising questions among some Chinese, with people on social media platforms such as Weibo querying whether fatalities in places like Beijing had increased and complaining about long queues at funeral homes.

There have been questions about China’s Covid data since the start of the pandemic, when reports of long lines and stacks of urns at Wuhan’s funeral homes fueled speculation the country — under fire at the time for being the source of Covid — was obscuring the true number of dead. The official Covid death toll was revised up by some 1,290 fatalities in April 2020, boosting the tally in one go by 40%.

China rejected suggestions at the time that there had been a cover-up, saying the additions included cases where people died at home without seeing a doctor or being tested for Covid. Hospitals had been overwhelmed treating patients in Wuhan at the start of the outbreak, and the revisions also included late and incomplete reporting from medical workers, China said at the time.

—With assistance from Yujing Liu and Dong Lyu