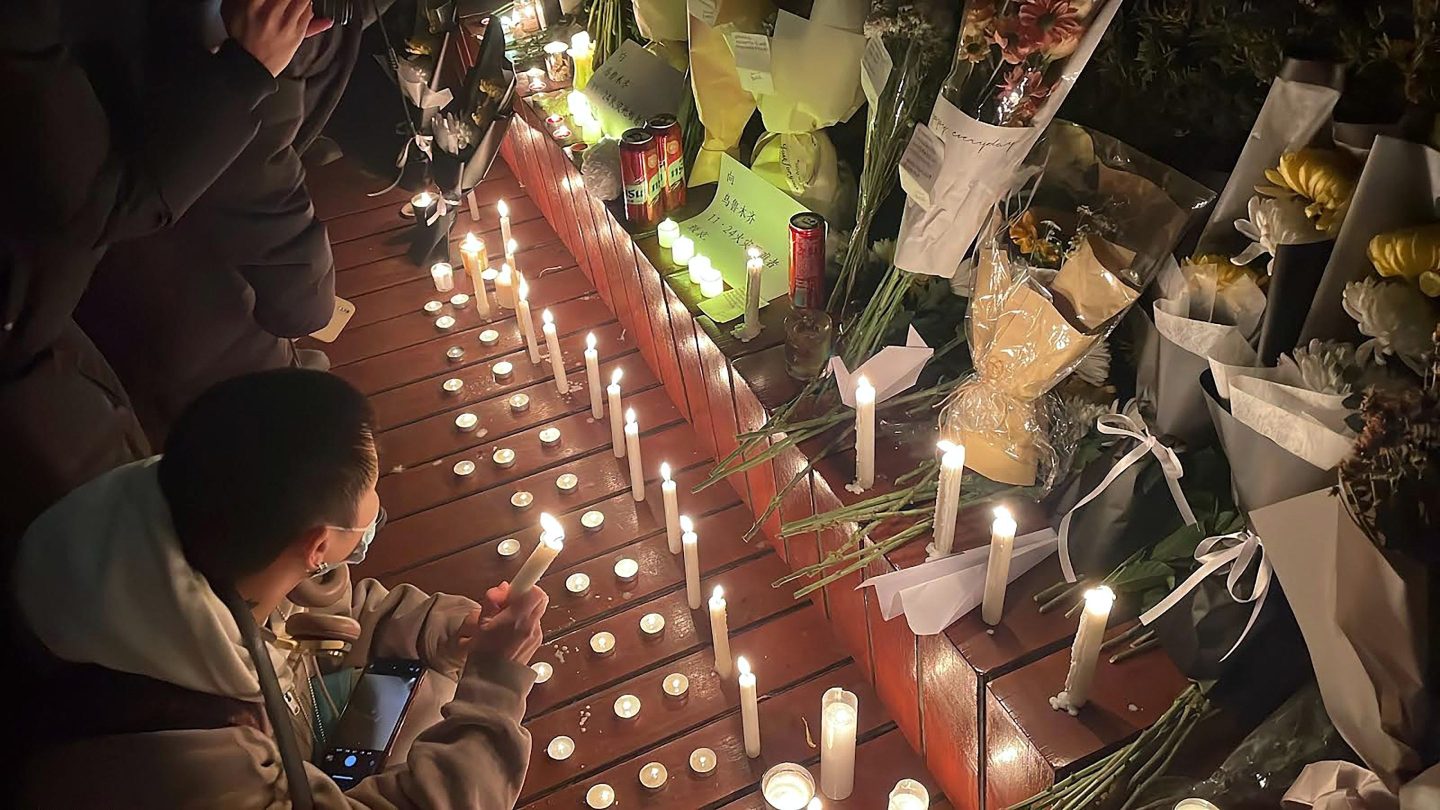 On Saturday, Chinese officials announced that one of the country’s longest lockdowns would finally end amid nationwide protests against Beijing’s strict COVID-zero policies that seek to eliminate every case of the virus.

Residents in Xinjiang have been living under lockdown for over three months. Yet officials abruptly said that confinement would come to an end “in stages” after a deadly apartment fire in the provincial capital of Ürümqi sparked protests in Xinjiang and elsewhere in China, in the broadest expression of public frustration over the government’s COVID-zero stance since the pandemic began.

The lockdown in Xinjiang, a vast region in China’s northwest only slightly smaller than the U.S. state of Alaska, has received far less attention than the two-month lockdown earlier this year in Shanghai, the country’s leading financial center. Still, Xinjiang’s lockdown indicates just how long some people in China—especially outside central hubs like Beijing and Shanghai—have had to live with COVID-zero measures and how COVID controls are breeding a sense of solidarity throughout the nation of 1.4 billion even though specific measures vary place to place.

Residents in Xinjiang have lived under some form of lockdown for almost four months. Urumqi, the region’s capital, announced lockdown measures on Aug. 10 after a small surge in cases.

That decision triggered weeks of lockdown, as officials repeatedly extended the deadline for when the city could eventually emerge from quarantine. In early October, officials barred Xinjiang residents from leaving the region, canceling flight and train services out of the territory.

Xinjiang officials admitted they failed to control the outbreak, blaming the new BA.5.2 variant and too-loose control measures. The province’s vice chairman even suggested to state media that regular COVID testing might have spread the disease due to poor protocols by testing staff.

Throughout the lockdown, Xinjiang residents took to social media to complain about a lack of food and other necessities, according to the South China Morning Post. One set of social media videos from residents in Ili Kazakh, a region along the Kazakhstan border, showed hungry children and long lines at medical centers.

Despite heavy censorship from Chinese authorities, social media users across the country were outraged by the videos, released in early September, the South China Morning Post reported at the time. Users also drew a contrast between the videos and the official narrative, which touted low case numbers and did not mention a lockdown. Xinjiang officials soon admitted that residents had problems accessing medical care and promised to improve the situation.

Yet Xinjiang’s lockdown faded from China’s social media conversation in the following weeks, aided by travel bans and censorship. “Most people have forgotten about Xinjiang already,” one university student in Yining, a city in Ili Kazakh, told Bloomberg on the lockdown’s 100th day.

A fire in Urumqi

But a deadly apartment fire cast Xinjiang’s long COVID lockdown back into the mainstream.

Chinese social media users claimed that COVID measures hampered firefighters who responded to the fire, pointing to videos of fire trucks forced to navigate tight streets and hazmat-clad workers hastily taking down barricades. Social media users also criticized Xinjiang officials, who denied that COVID controls played a part in the emergency response. One official even argued that those who perished should be blamed, saying that they did not try hard enough to escape the fire.

News of the fire sparked rare public protests in Ürümqi on Friday, and soon anti-COVID-zero frustration spread across the country. Protests to commemorate those who died in Th ursday’s fire escalated into broader protests against China’s COVID-zero policy in cities like Shanghai and Beijing and the country’s stagnant political system.

On Monday, China’s foreign ministry accused “some forces with ulterior motives” of linking the Ürümqi fire with COVID restrictions. Xinjiang is a political flashpoint in China. Both human rights organizations and foreign governments like the U.S.‘s have accused China of suppressing the territory’s Uyghur population and its cultural practices, and engaging in a mass internment campaign that includes forced labor. Beijing denies the claims.

Thursday’s apartment fire is not the first outcry over China’s harsh COVID measures.

Chinese residents have protested the denial of emergency medical services, snap lockdowns, an insufficient supply of food for those in isolation, and the fatal crash of a bus transporting close contacts of COVID patients to a quarantine center.

Last week, workers in a factory owned by iPhone supplier Foxconn clashed with security personnel. Workers were angry with the factory’s hastily imposed COVID measures meant to keep operations running despite a COVID outbreak. Protesting workers were also worried about spreading infections and had grown frustrated with unpaid wages. Foxconn offered $1,400 for workers who wanted to quit and return home to cool tensions.

Lockdowns are spreading as China battles a record COVID outbreak, with Nomura economists estimating that an area responsible for one-fifth of China’s GDP is now under lockdown.

But local government officials appear to be getting the message about public frustration with COVID measures. On Saturday, Ürümqi authorities said the city had “eliminated COVID cases in society” and that COVID measures would be phased out.

And on Sunday, Beijing city officials barred the use of barricades to isolate quarantined apartment complexes and affirmed that emergency services should always be allowed in.