China has banned the West’s biggest blockbusters, from Marvel movies to ‘Top Gun.’ Here’s why the new ‘Minions’ movie was approved 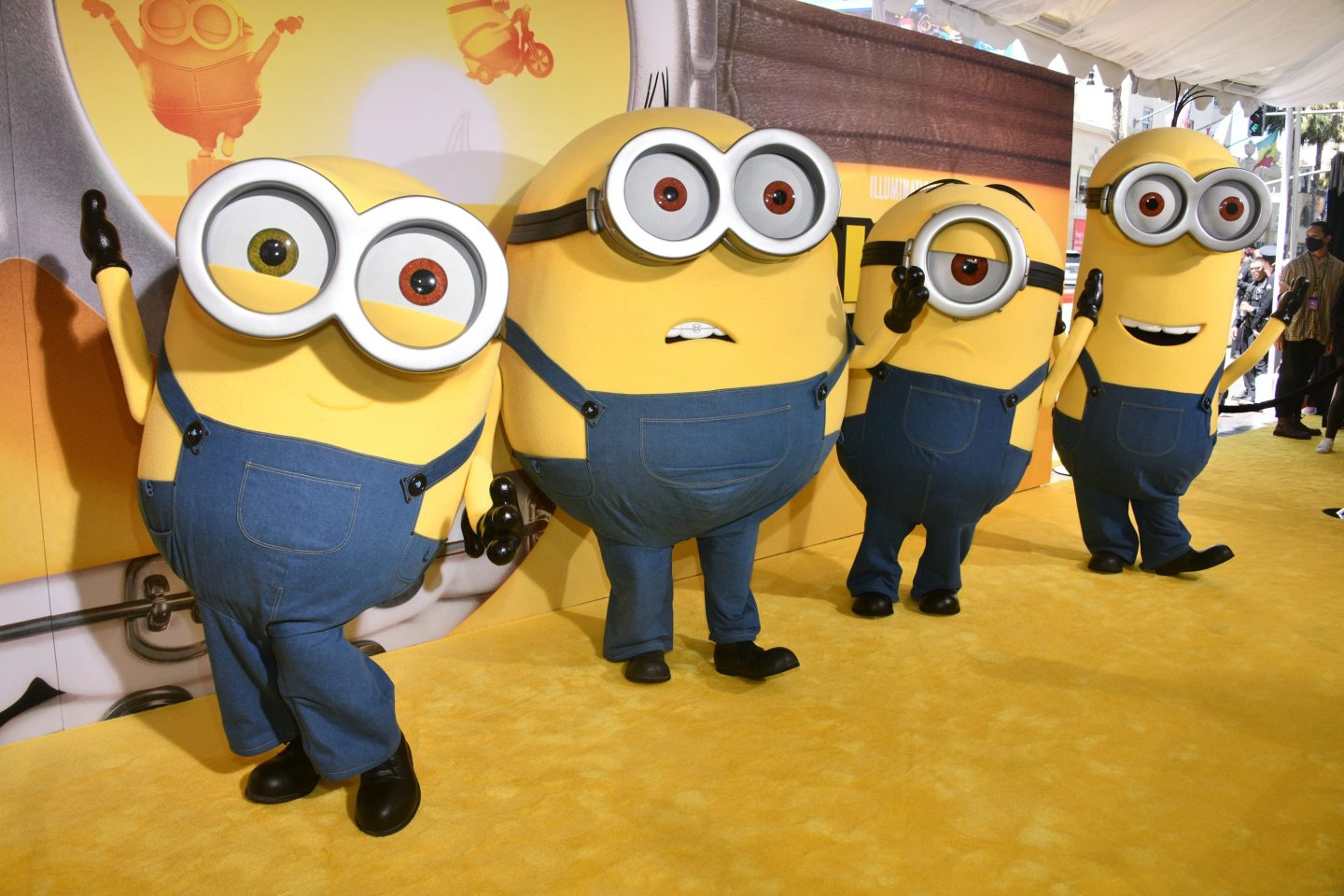 The Minions made it to the big screen in China.
Araya Doheny—FilmMagic

Over the past few years, Beijing’s censors have deprived Chinese moviegoers of some of Hollywood’s biggest blockbusters, like Marvel Studios’ Shang-Chi and the Legend of the Ten Rings, Spider-Man: No Way Home, and Doctor Strange in the Multiverse of Madness.

But in less than two weeks, Chinese filmgoers will be able to watch Minions: The Rise of Gru in cinemas. The second Minions title will join a short list of Hollywood films that Beijing has allowed in recent years.

On Monday, Universal Pictures, distributor of the Minions film, posted on Chinese blogging platform Weibo: “Long time no see, troublemakers! Minions 2 will be released on Aug. 19. Come and meet the minions on the big screen!”

Hollywood studios have long been itching to grab their slice of the Chinese moviegoing market, the world’s second largest after North America in terms of box office revenue. But Hollywood’s struggle against Chinese censors has intensified in recent years because of worsening U.S.-China ties and Beijing’s efforts to remake China’s entertainment industry to serve “social harmony” and “common prosperity” and to purge the “fake, ugly and evil values” of celebrity culture and worship. China’s approval of Minions: The Rise of Gru doesn’t signal a breakthrough for Hollywood films in the country, but instead underscores Beijing’s strategy to promote its own social values and burnish its homegrown film industry as it and the U.S. try to win the hearts and minds of Chinese moviegoers.

Hollywood vs. the CCP

Every year, China allows only 34 foreign films to be shown in its theaters. The China Film Administration (CFA), the government body that oversees film approvals for Chinese audiences, is now rejecting more American titles. Last year, 39% of imported films came from the U.S.—down from 46% in 2020 and 47% in 2019, according to Chinese film blog Theatrical Film Database.

The Chinese government has now extended its censorship battle even to Hollywood stars and directors. Marvel Studios, which produces blockbuster superhero films, has fallen far out of Beijing’s favor. Chinese authorities didn’t provide official reasons for banning movies like Shang-Chi and Eternals. But it’s highly likely that comments critical of China by Chinese-Canadian actor Simu Liu, the star of Shang-Chi, and Chloé Zhao, the Beijing-born director of Eternals, angered the Chinese government and cost Marvel tens of millions—if not more—in revenue, experts say.

“It’s clear that [Beijing is] punishing Marvel,” Stanley Rosen, professor of Chinese politics and film at the University of Southern California, told Fortune.

The Hollywood studios that have succeeded in currying favor depict China in a positive light. DreamWorks Animation “bent over backwards to be flattering to China,” Rosen says. Its 2019 film Abominables showed the main character Yi, a Shanghai teenager, with a map on her bedroom wall depicting the “nine-dash line” that China uses to mark its claims in the South China Sea.

The film’s inclusion of “positive Chinese content” likely helped it bypass Beijing’s censors, and led the government to view Minions as “less of a threat, politically…as a film aimed at much younger audiences,” Michael Berry, director of the Center for Chinese Studies at the University of California, Los Angeles, told Fortune.

China’s approval of Minions also serves Beijing’s larger interests. Chinese state-owned company Beijing Shouhan Cultural Tourism Investment owns 70% of Universal Beijing Resort, the new Universal Studios theme park that opened in the Chinese capital last year. The investment gives the government a vested interest in ensuring that the park thrives, Chris Fenton, the former president of DMG Entertainment, a Hollywood- and Beijing-based film producer and distributor whose titles include Iron Man 3 and Looper, told Fortune. “Allowing the release of [Minions] is simply a product of Beijing’s own interests,” since promoting Universal’s characters, like those from Minions: The Rise of Gru, would generate more interest and revenue for the park, he says.

Yet Hollywood’s struggles in China are larger than censorship.

China wants to be the biggest box office in the world. It did become the world’s biggest in 2020 and 2021; last year, mainland China’s box office revenue surged nearly 75% year over year to $6.76 billion. The country’s strict pandemic lockdowns this year gave North America a slight edge. As of late May, North America had $2.46 billion in box office revenues compared to China’s $2.45 billion, according to Comscore Movies data.

And Beijing wants homegrown movies to make up at least half of its box office revenues, a goal it has already achieved by limiting the release of Hollywood flicks and creating its own hits.

This means burnishing its homegrown animated film sector. China’s animated films are perceived by domestic and international audiences as lower quality and with inferior storytelling to the animation powerhouses of Japan and the U.S. Chinese studios are still “learning from American and Japanese animation [and] maintaining good ties with the animation wings of American studios,” Rosen says.

But the biggest factor weighing against Hollywood films in China might be market protectionism, given the growing Sino-U.S. tensions, Berry says: “How would it look if amid a massive trade war with the U.S., a Hollywood [production] became the number one film at the Chinese box office?” China’s homegrown flicks have been able to dominate the Chinese box office because authorities have largely excluded American blockbusters, he says. In 2021, patriotic Chinese war film The Battle at Lake Changjin became the highest-grossing movie that year with over $900 million in ticket sales.

China still needs to import Hollywood films, because its domestic films aren’t enough to ensure overall box office revenues that are larger than North America’s, Rosen says. “They’ll continue to bring in Hollywood movies, [but] on a much more selective basis,” he says.

Still, China has never relied on Hollywood for investment or access to the U.S., Berry says. He argues that Hollywood’s recent dependence on China for direct film investments and access to Chinese audiences means that “Hollywood has a lot more to lose than China” should their relationship sour.