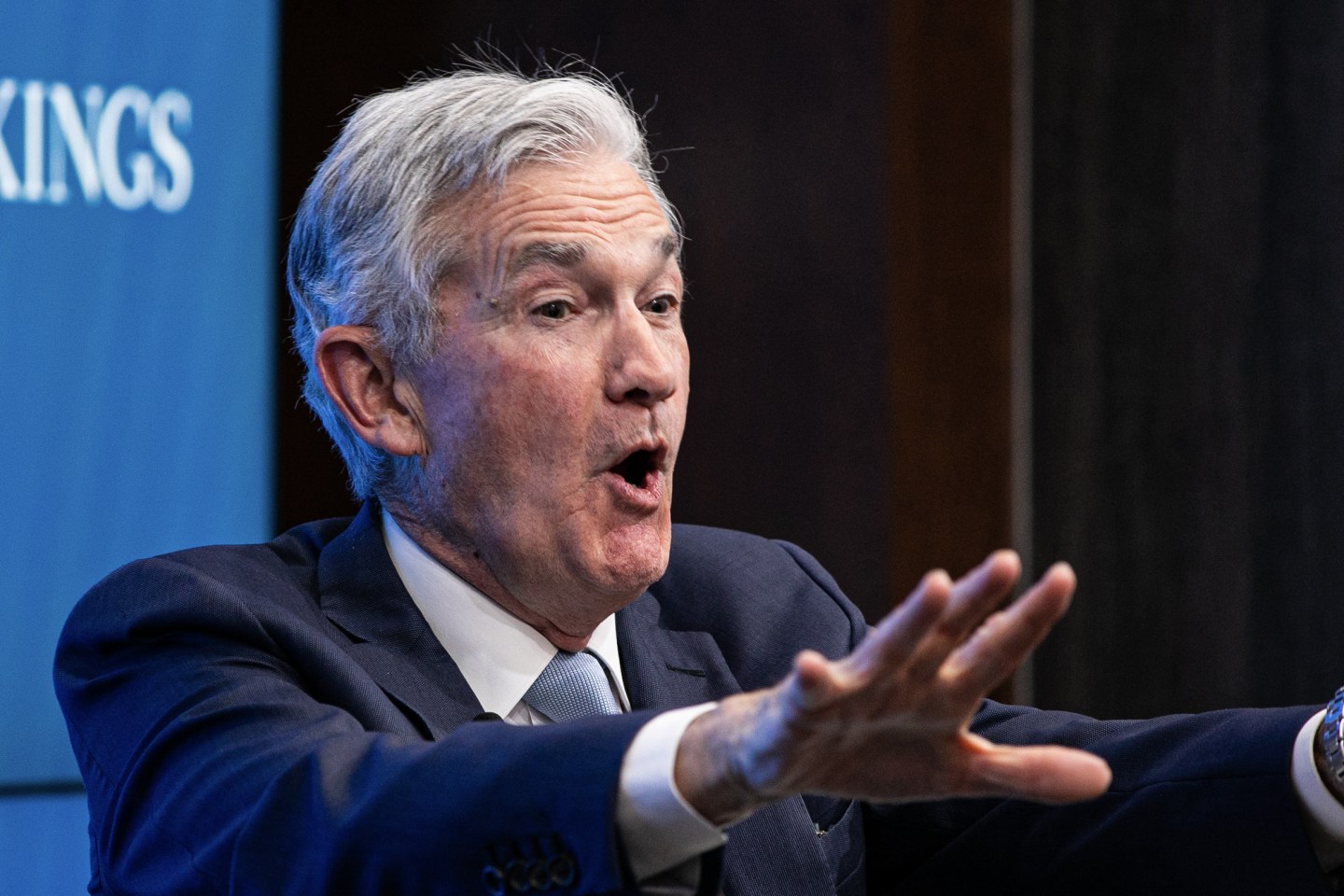 Fed Chair Jerome Powell speaks at the Brookings Institution on Nov. 30. Powell signaled policymakers will downshift from their rapid pace of tightening while stressing that the fight against inflation is far from over, with rates set to rise further and stay at restrictive levels for some time.
Valerie Plesch—Bloomberg/Getty Images

Amid discussions about inflation, recession concerns, and the ongoing competition for talent, American companies are seeking ways to manage risks and unlock value. Despite high-profile layoffs at large tech companies, many companies are increasingly seeing the business case for investing in their workers.

This investment requires additional attention in the face of the highest annual inflation in over four decades. A recent JUST Capital survey shows Americans overwhelmingly agree (87%) that it is a company’s responsibility to regularly increase wages to keep up with the rapidly rising cost of living. This agreement is seen across the political spectrum, supported by 93% of Democrats, 89% of Independents, and 76% of Republicans.

The American public’s priorities match the data. Regularly raising employee wages to match inflation can unlock business value by helping companies attract and retain top talent, weather the economic challenges, and thrive over the long term. Beyond the clear link between wages and employee satisfaction and retention, research has shown that higher wages for low-income workers result in higher productivity.

The effect of inflation on wages

All prices, including wages, are evaluated in terms of their nominal and real values. Nominal value is what you see on the price tag–the current monetary value. Real value is calculated in constant prices and adjusted for inflation. Inflation can be understood as the declining real value–or purchasing power–of a wage.

Understanding how inflation affects nominal and real values clarifies the state of wages in the U.S. today and their relationship with inflation.

It’s common for the media to report on wages in terms of their nominal gains–and then implicitly argue that these gains are the main cause of inflation and need to be brought down to reduce inflation.

However, though wages have grown in nominal terms over the past year, real wages have declined and were lower in October 2022 than before the COVID-19 pandemic.

In other words, the purchasing power of American workers’ wages has decreased even if their nominal values have grown, and inflation has disproportionately hurt low-income individuals and people of color.

For companies and workers, real value matters most because it influences worker satisfaction, productivity, and ultimately, company performance.

The business case for regular wage increases to match inflation

A recent BlackRock analysis found that companies with low turnover outperformed companies with a high turnover on two key metrics: return on assets and revenue per employee. A company’s stock price may even benefit by investing in higher worker wages. For example, Bank of America’s stock price increased in May 2022 after it announced it was raising its minimum hourly wage to $22.

Some companies are already strategically increasing employee wages to unlock value and gain an edge over competitors. Though an analysis by JUST Capital found that disclosures of minimum wage rates are low among the Russell 1000 companies, some companies have publicly announced minimum wage increases. Since April 2021, when inflation picked up in the U.S., several of these have resulted in real wage growth, which we calculated using the CPI Inflation Calculator, including Walgreens (34% real increase), Vail Resorts (24%), US Bancorp (8%), and Costco (3%). Some companies have also publicly announced multiple wage increases over time, including Costco (six wage increases since 2016) and US Bancorp (three since 2018).

Though Fed Chair Jerome Powell has called for reducing wages to fight inflation, he acknowledges that nominal wage growth is not a main cause of inflation. There is also a growing understanding that nominal wages can continue to rise while inflation declines.

Mary Daly, president of the Federal Reserve Bank of San Francisco, recently confirmed that real wages are falling–and that there are no signs of a wage-price spiral. New research from the International Monetary Fund similarly argues that presently nominal wages can continue to increase while inflation declines, allowing real wages to eventually grow.

It is likely the U.S. labor market will weaken in early 2023 due to the lagged effect of the Federal Reserve’s interest rate policy, but the labor market remains tight. Workers are seeking good jobs, and companies can compete by regularly raising employee wages to match inflation. Unlocking value in this way will not only benefit workers, but it will also help companies become more resilient to weather these uncertain economic times.

Matthew Nestler is the senior manager of workplace policies research at JUST Capital.