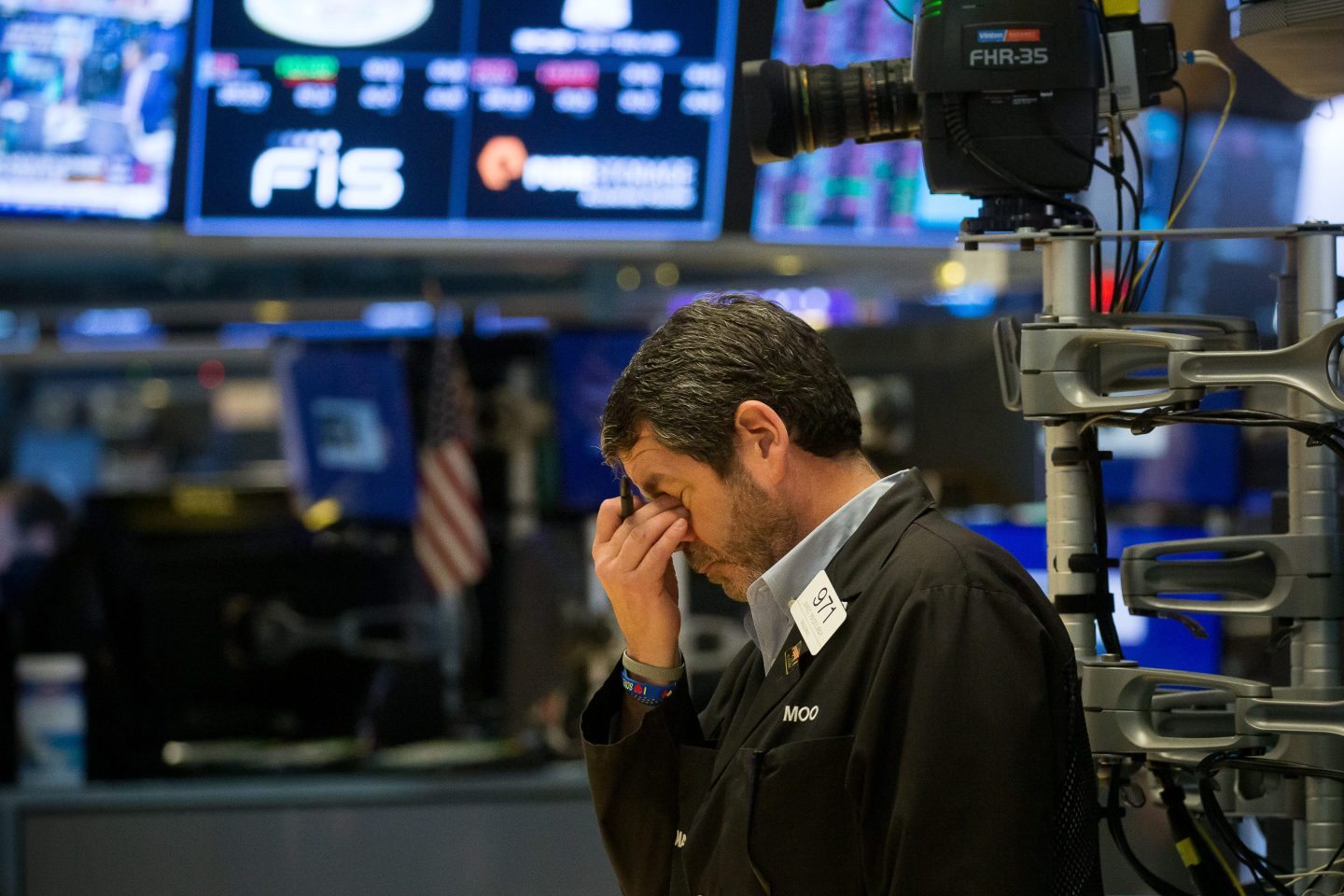 A trader at the floor of the New York Stock Exchange.
Michael Nagle/Bloomberg via Getty Images

Despite a parade of recession predictions from Wall Street this year, Goldman Sachs’ strategists still believe a “soft landing” is likely.

But that doesn’t mean stock market investors should celebrate.

The 153-year-old investment bank’s equity research team, led by chief U.S. equity strategist David Kostin, said this week that they believe the S&P 500 will drop roughly 10% to 3600 over the next three months as interest rates rise.

After that, Kostin and his team made the case that the blue-chip index will finish 2023 at 4000—roughly the same level it closed at today.

Their argument is based on the idea that the Federal Reserve’s inflation battle will end by May of next year, which will help boost equity prices from their lows even as global economic growth stalls.

The Fed has raised rates six times this year to fight inflation not seen since the early 1980s. In October, the results of its work started to show when year-over-year inflation, as measured by the consumer price index (CPI), fell to 7.7%, a significant drop from its 9.1% June peak.

“Our economists expect by early 2023 it will become clear that inflation is decelerating and the Fed will reduce the magnitude of hikes and eventually cease tightening,” Kostin wrote in a Monday research note.

But at the same time, with a lack of corporate earnings growth on the horizon and company profit margins facing pressure, Kostin and his team said they “expect less pain but also no gain” for stocks in 2023.

And they warned there is one key risk to their flat-year for stocks thesis—a recession.

“[A] flat return under our base case and [a] large downside in a recession means investors should remain cautious,” they wrote.

Despite this, Goldman Sachs believes the U.S. economy is strong enough to weather the storm, even if its analysts admit a serious economic downturn “remains a distinct risk.”

If a recession does hit, Kostin and his team argue that corporate earnings would fall 11% next year. For the S&P 500, that would mean a drop to 3150 (-22%) at the low point of the recession.

When is that low point? Kostin and his team didn’t make that forecast but argued that when economic growth data is at its worst, markets typically hit bottom.

They noted, for instance, that in the 12 recessions since World War II, the S&P 500 has “often” bottomed within a few months of the cycle-low of the ISM Manufacturing Index, which is a gauge of economic activity in the manufacturing sector.

Finally, Kostin and his team noted that there will be less appetite for stocks next year due to a reduced number of corporate buybacks, as well as less stock buying among retail investors, which could hurt share prices.

“Buybacks have been the largest and most consistent source of demand for shares for more than 10 years but demand will soften in 2023,” they wrote, predicting a 10% year-over-year decline in corporate buybacks.

Goldman also expects households to be net sellers of stocks for the first time since 2018 next year, with estimated outflows of $100 billion.