Stagflation ahead despite hopes of a soft landing, say 92% of fund managers in Bank of America survey 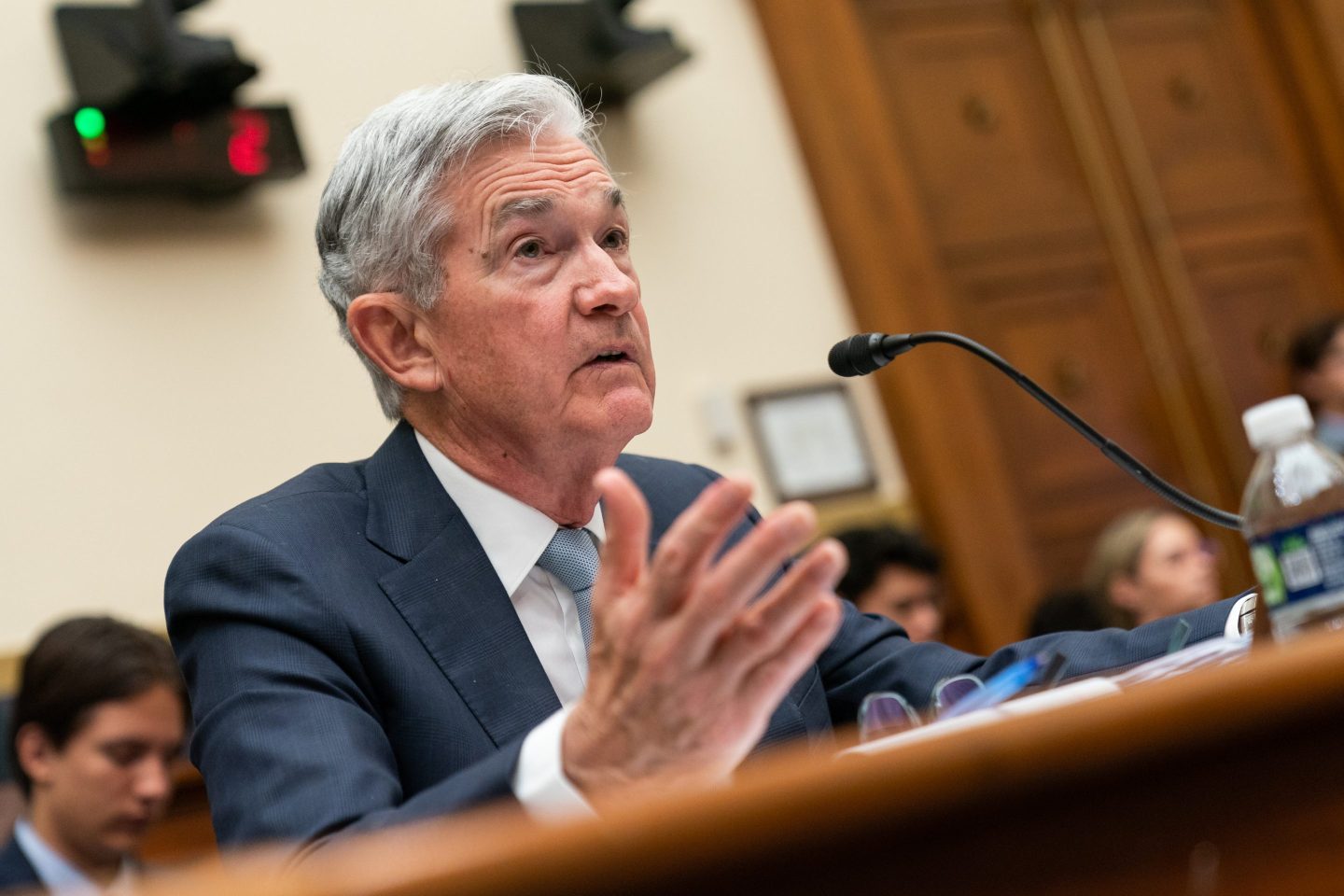 On the most optimistic corners of Wall Street, promising inflation data over the past week or so suggest the Federal Reserve may accomplish a soft landing after all.

Yet no such belief prevails among the big money managers, who are betting that an economic downturn riddled with still-hot price pressures will define trading next year.

With a closely watched section of the Treasury yield curve sending fresh recession signals, stagflation is the consensus viewpoint among a whopping 92% of respondents in Bank of America Corp.’s latest fund-manager survey.

At the same time, Citigroup Inc. is painting a scenario of the “Powell Push” in which the Fed will be compelled to hike even if growth plunges, while BlackRock Inc. sees no prospect of a soft landing either in the US or Europe.

The bearish stance comes even as recent data on employment as well as consumer and producer prices — combined with decent corporate earnings — suggest the US central bank may actually succeed in its high-wire mission to ramp up borrowing costs without crashing the business cycle.

Yet for now, the professional investing class will need to see more conclusive evidence of a benign shift in the economic trajectory before materially changing their defensive positioning across the beaten-up world of stocks and bonds.

“Central banks will overtighten and push economies into moderate recession, but will stop hiking – before they have done enough to get inflation all the way down to target – as the damage from rate hikes becomes clearer,” said Wei Li, global chief investment strategist at BlackRock.

Li sees a US growth slowdown, earnings downgrades and elevated price pressures, justifying the firm’s underweights in developed-market equities and bonds, though it’s ready to put some cash back into corporate credit. Her stance is backed by investors at Bank of America, who overwhelmingly see stagflation on the horizon. The firm’s latest survey shows they’re historically underweight equities — with tech-share positioning the lowest since 2006 — and overweight cash.

The pessimism contrasts with a bout of ebullience sparked by last week’s US inflation report suggesting prices pressures may be peaking. That’s intensifying the debate about whether the Fed has room to moderate the pace of interest-rate hikes.

The latter was summarily dismissed by a parade of monetary officials this week. Among the most hawkish, St. Louis Fed President James Bullard said policy makers should increase interest rates to at least to 5%-5.25% to curb inflation. That came after San Francisco Fed President Mary Daly said a pause in hiking cycle was “off the table,” while Kansas City Fed President Esther George warned the Fed could find it increasingly difficult to tame inflation without causing a recession.

As rate hikes spark bear markets in stocks and bonds, the Fed has gone from a friend in the bull times to a newfound foe. And no dovish policy pivot looks likely anytime soon. Citi, for one, is touting the idea of the “Powell Push,” with the Jerome Powell-led central bank forced into growth-sapping rate hikes on still-raging inflation ahead.

“We classify the environment as stagflationary,” according to Citi strategist Alex Saunders. He recommends selling US equities and credit, and buying commodities and bonds in a Powell Push scenario.

Invesco is also treading carefully, tilting exposure to defensive equities with overweight bets in Treasuries and US investment-grade credit.

“A signal to become more ‘risk on’ would be signs the Fed is getting close to ‘pausing’ rate hikes,” said Kristina Hooper, chief global market strategist at Invesco.

Even Morgan Stanley’s Andrew Sheets — who holds a minority view that core inflation will fall to 2.9% by the end of 2023 — isn’t ready to go all risk-on yet given the prospect of an economic slowdown. Still, he cites the mid-90s as a reason for optimism. Back then, an era marked by elevated inflation with interest rates soaring, equities and Treasuries eventually managed to pull off big gains.

“Bears say soft landings are rare. But they happen,” Sheets wrote in his outlook for the next year.