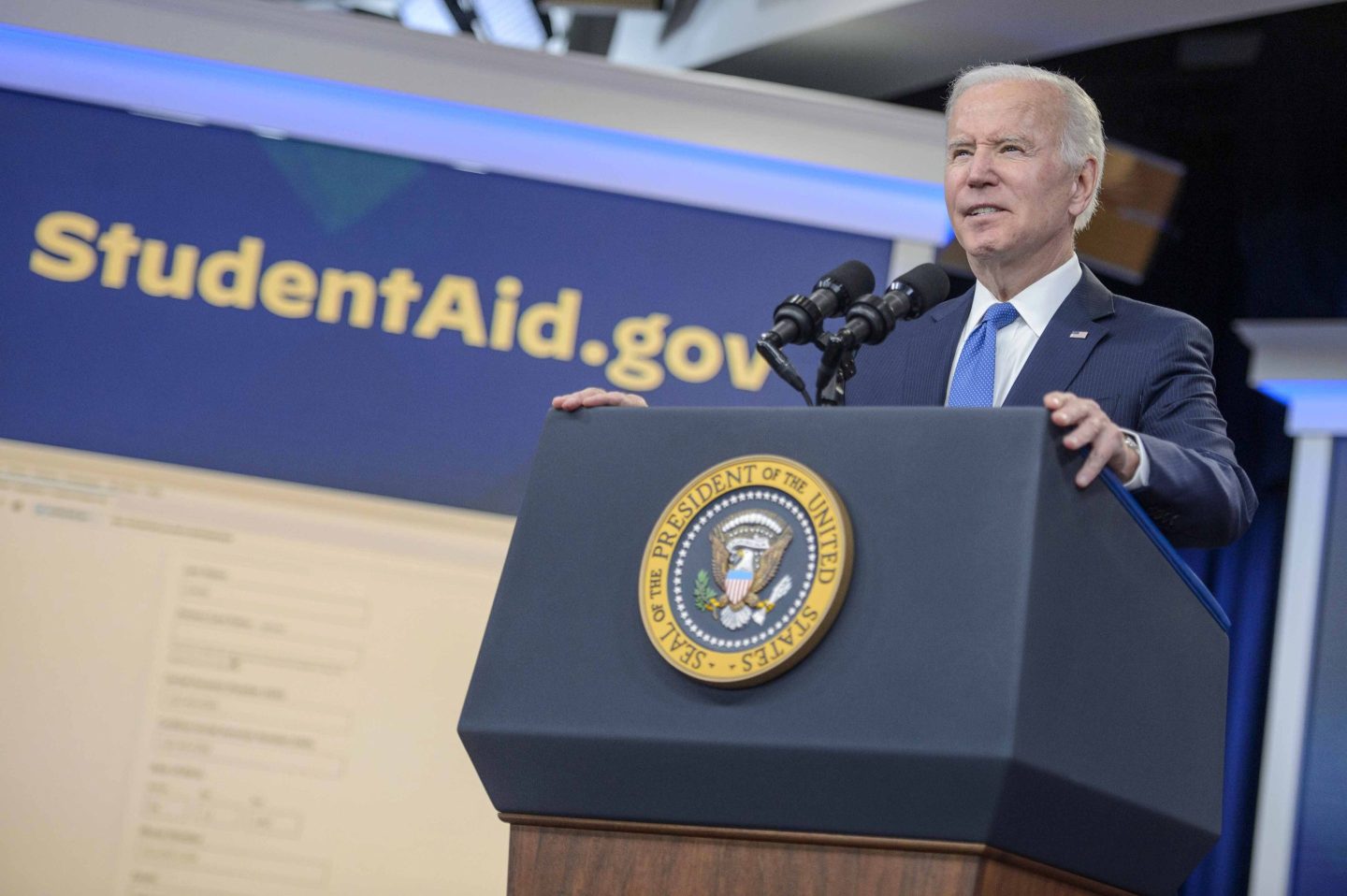 Borrowers are calling for the White House to extend the pause on student loan repayments given the uncertainty around President Joe Biden's widespread forgiveness program.
Bonnie Cash—UPI/Bloomberg/Getty Images

How do you think the Biden administration should handle the student loan crisis? Email senior reporter Alicia Adamczyk to be featured in a future article.

After a Texas judge ruled last week that President Joe Biden’s widespread federal student loan forgiveness is unlawful, many borrowers are calling on the White House to extend the pause on student loan payments and interest accrual.

As lawsuit after lawsuit has held up Biden’s forgiveness plan from being implemented, millions of borrowers are in limbo, left frustrated and confused about what will happen to their debt and how much they will owe when repayments resume in 2023. They say the administration should delay repayments once again, to avoid even more complications when and if cancelation takes effect.

Restarting student loan payments would not only lead to confusion for borrowers and servicing companies, it would put undue financial strain on borrowers who haven’t recovered from the dual shocks of the pandemic and decades-high inflation, says the Student Debt Crisis Center (SDCC), an advocacy organization.

“For three years, borrowers have been a political punching bag facing uncertainty about the future of their student loans,” Natalia Abrams, president of SDCC, said in a statement. “The judge’s decision makes the future even more worrisome.”

Since Biden announced the one-time relief in late August, many borrowers have requested refunds of payments they made during the pandemic, under the belief that they no longer owe that money once their debt was canceled. Student loan servicers have been processing and disbursing the refunds, but not fast enough for many borrowers who have complained of long wait times to reach customer service reps and conflicting information once they do get someone on the phone. Prolonging the payment pause could give both parties time to get their affairs back in order.

Biden administration is appealing the decision

The current payment pause and suspension of interest accrual was put into place in March 2020, at the beginning of the COVID-19 pandemic by then-President Donald Trump. It has been renewed a number of times over the past two and a half years as the national emergency persisted, but Biden said the current extension, which ends at the end of December, is the final one.

Of course, that was before his widespread forgiveness plan—which would cancel up to $20,000 of student loan debt for most federal borrowers—was put on ice by U.S. District Judge Mark Pittman. The White House did not respond to Fortune‘s request for comment on the likelihood of the payment pause being extended.

The U.S. Department of Education pointed Fortune to a statement on its website released on Nov. 11, which does not address continuing the payment pause but does state it remains “committed to taking other actions to fix longstanding issues in the student loan forgiveness system.”

Biden’s administration is appealing the decision, sending the case to the 5th Circuit Court of Appeals. It’s not the only active case that has borrowers worried: The 8th U.S. Circuit Court of Appeals in St. Louis has also issued a nationwide injunction temporarily barring forgiveness, following a challenge from six Republican-led states.

Either case could wind up in front of the U.S. Supreme Court, potentially further delaying the program for weeks or months. The Supreme Court has already declined to block the relief plan multiple times. But more suits keep coming.

Since the debt forgiveness application went online on Oct. 17, over 26 million people applied for relief and over 16 million were approved before the administration was forced to stop collecting applications last week.