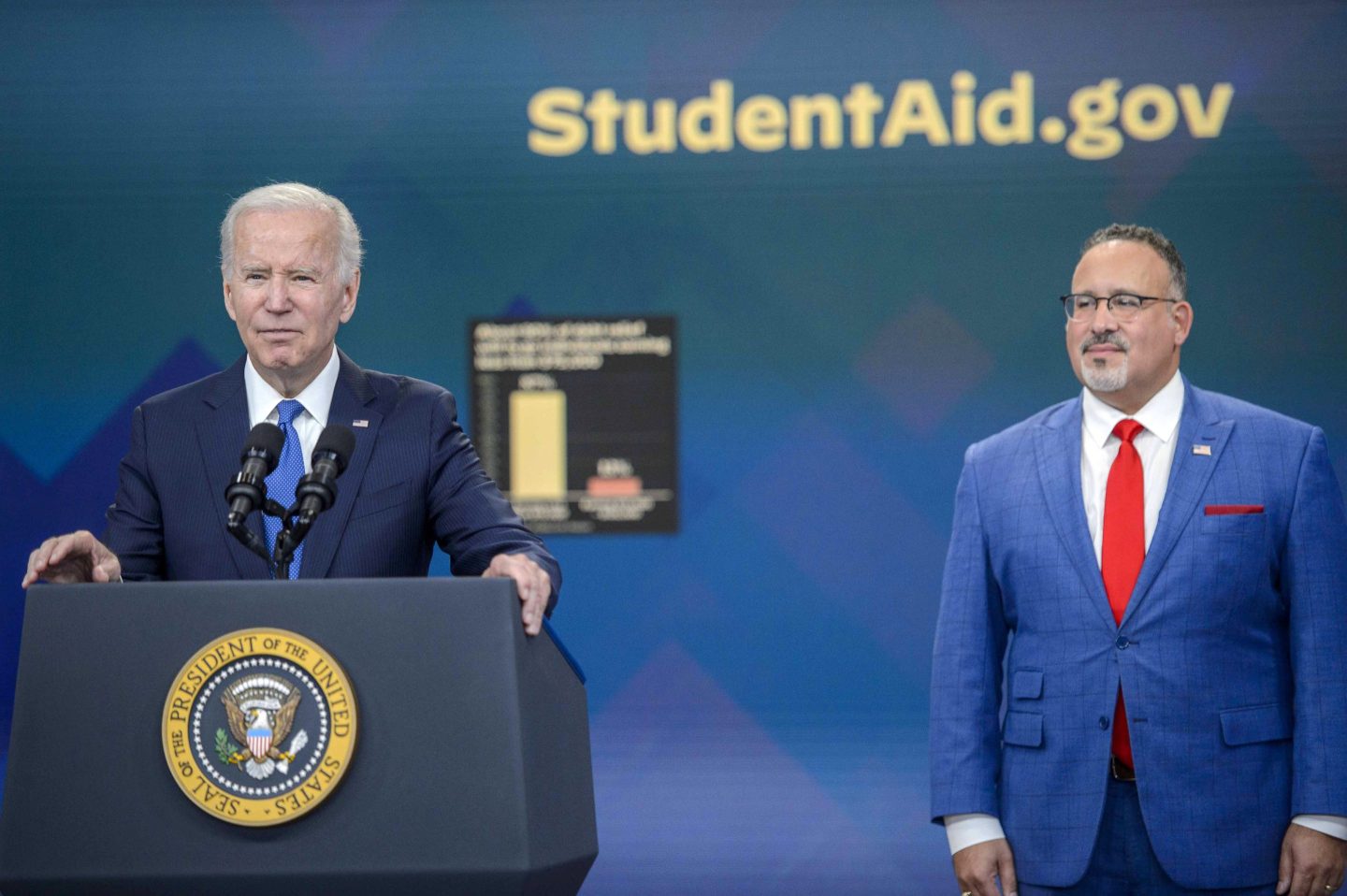 An estimated 16 million applications for federal student loan relief will be processed and approved by the end of this week, the White House said Thursday. But it is still not clear when—or if—forgiveness will actually occur, due to a court order.

Conservative and libertarian groups have filed a number of lawsuits against President Joe Biden’s plan to cancel up to $10,000 to $20,000 in student loans for federal borrowers.

While multiple suits have been dismissed for lack of standing, a group of conservative states were able to get the program put on hold by the 8th U.S. Circuit Court of Appeals about two weeks ago in Nebraska v. Biden. The states and the Biden administration submitted briefs last week, each explaining their side of the legal battle. The court is expected to make a ruling soon.

While the administration is temporarily prohibited from actually discharging any debt under the relief program, the Department of Education is allowed to work behind the scenes to process applications and prepare the forgiveness program.

“That’s 16 million Americans, so far, who should be seeing student debt relief in the coming days,” Biden said Thursday. “But that relief is on hold—because Republican elected officials are doing everything they can to deny it, even to their own constituents.”

The White House said 26 million people have applied for relief since the application went live in mid-October. In total, around 40 million borrowers are thought to be eligible for forgiveness.

The forgiveness application remains open, though there is still a disclaimer on the Federal Student Aid site about the court order.

“We are temporarily blocked from processing debt discharges. We encourage you to apply if you are eligible,” the site reads. “We will continue to review applications. We will quickly process discharges when we are able to do so and you will not need to reapply.”

In a separate lawsuit, two student loan borrowers have asked the Supreme Court to block the program. Though a similar request was already denied by Justice Amy Coney Barrett, no decision has been made on the latest request.