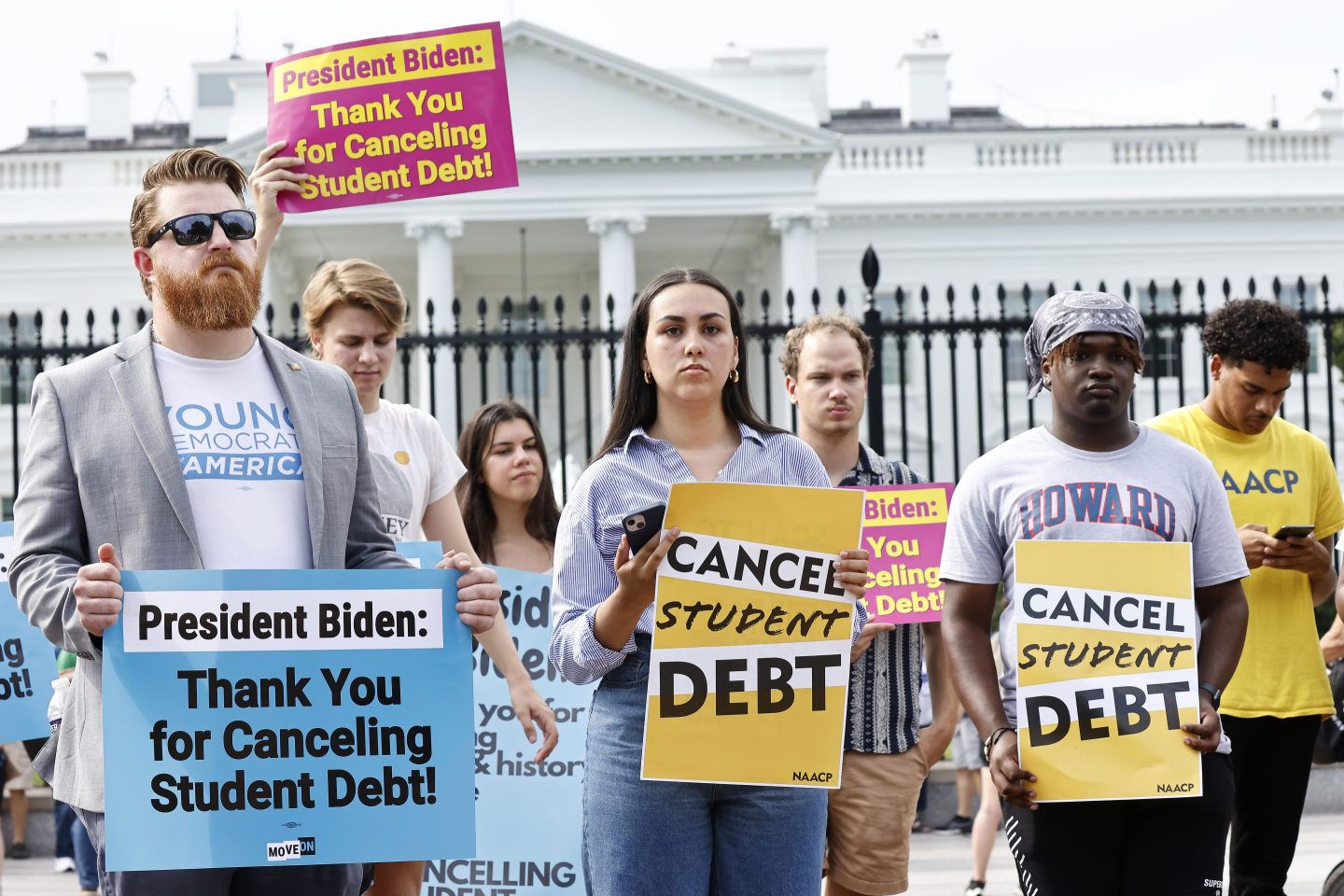 The president’s administration will defend the legality of up to $20,000 per borrower in student loan forgiveness in oral arguments in federal court on Oct. 12. The lawsuit is known as Nebraska v. Biden, filed by six conservative state attorneys general.

The states—Arkansas, Iowa, Kansas, Missouri, Nebraska, and South Carolina—argue that debt cancellation would hurt their revenues as well as the revenues of MOHELA, a student loan servicer based in Missouri. They also say the administration does not have authority under the HEROES Act to forgive the debt, which is the law they are using.

To get the injunction they seek, which would stop the forgiveness program before it can be implemented, the attorneys general must prove that forgiveness will cause irreparable harm, says Luke Herrine, an assistant law professor at the University of Alabama.

“Standing is the first battleground,” says Herrine. “The bottom line is even if they can show they are the proper plaintiff, it’s not clear they’ll be able to show the cancellation should be stopped from happening.”

The administration also argues that the HEROES Act gives the Secretary of Education the authority to discharge student loan debt. Under that 2003 law, the administration can grant the relief to borrowers who have “suffered direct economic hardship” due to a national emergency. COVID-19, it argues, is “an ongoing national emergency that, after more than two years, has left no aspect of daily life untouched.”

That said, the lawsuit has already pushed back the opening of the loan forgiveness application, which the administration originally said would be available in “early October.” Now, they’ve promised the court that no student loan debt will be discharged under the debt relief plan until at least Oct. 23.

It’s not just the application date that the Biden administration has pushed back because of the lawsuit. It’s also who is eligible: Part of the states’ suit says that MOHELA will face a “number of ongoing financial harms” if forgiveness is given to commercially held Federal Family Education Loan (FFEL) borrowers.

In response, the administration announced at the end of September that those loan holders would no longer qualify for relief, precluding millions of borrowers from the one-time forgiveness.

“The judge will say whether he will prevent the Department of Education from moving forward,” says Herrine. “If the judge rules that the program should be put on ice, it’s because the judge thinks the parties have really good claims. That would be a very bad sign for the program.”

In a court filing, the Department of Education says it is going ahead with preparing to implement the program, despite the lawsuits. In the coming weeks, it plans to communicate with servicers about the implementation, send emails to those borrowers who qualify for automatic forgiveness, and conduct tests of the application with some borrowers before the form is officially launched.

There are multiple other lawsuits against the relief effort, but Herrine says Nebraska v. Biden is the “most plausible” to move forward.