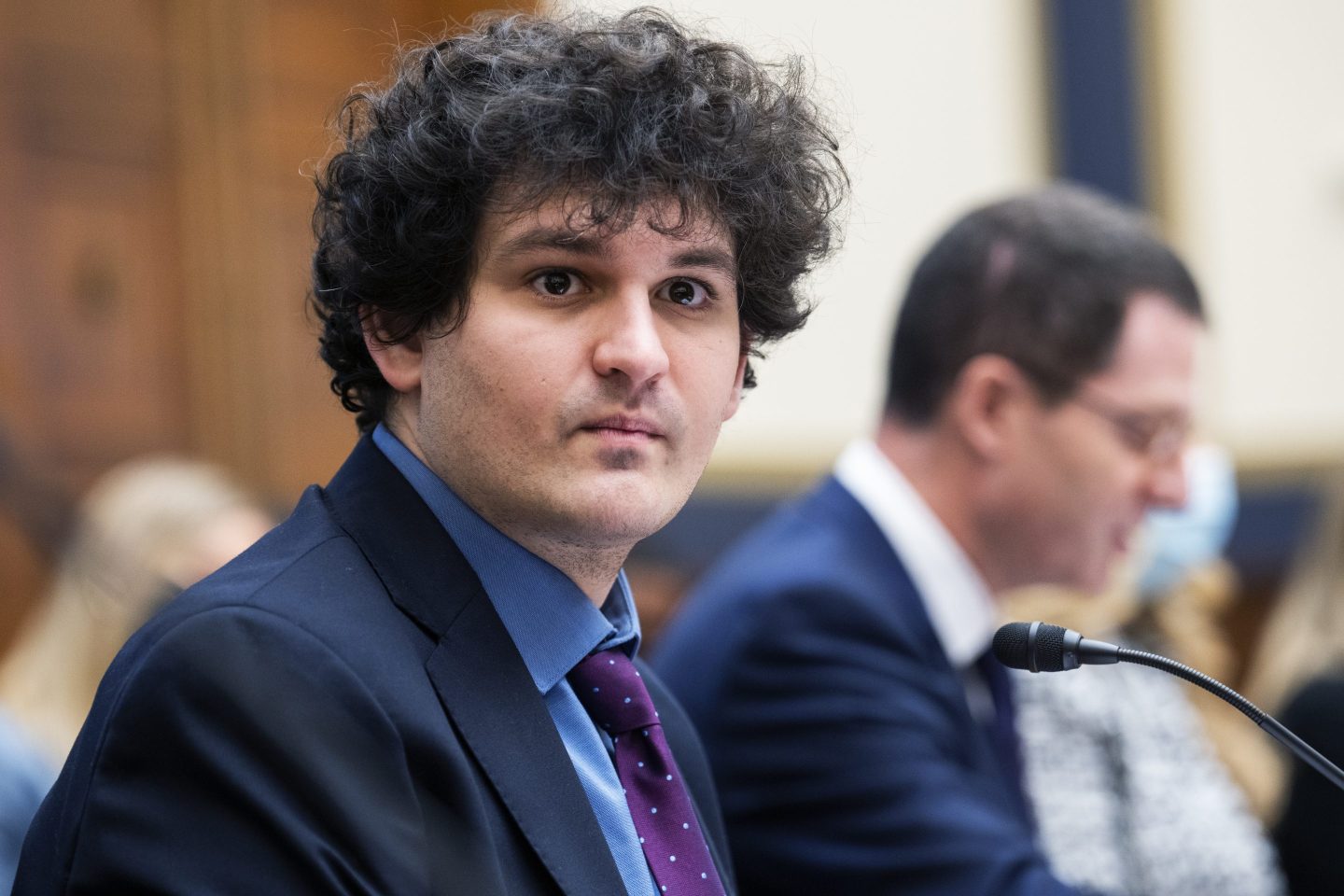 Sam Bankman-Fried, founder and CEO of FTX, testifies during the House Financial Services Committee hearing titled Digital Assets and the Future of Finance: Understanding the Challenges and Benefits of Financial Innovation in the United States, in Rayburn Building on Wednesday, December 8, 2021.
Tom Williams—CQ-Roll Call, Inc via Getty Images

For all of us fighting to grow our companies day by day and dollar by dollar, it’s a little intimidating to see someone like Sam Bankman-Fried, age 30, start a company, build it to a valuation of $32 billion, and then collapse in a day. We at Fortune went along for that ride, putting SBF on the cover of our August/September issue and asking if he might be the next Warren Buffett: “He could build an empire like the Oracle of Omaha—or crash and burn.” We now know which. SBF himself was direct in his Twitter analysis: “I f—– up, and should have done better.”

In one sense, this is an all-too-familiar story, of companies built on excess leverage. It’s the story of Lehman Brothers or the dot.com boom. But Lehman’s bonds were supported by overvalued houses, and pets.com actually shipped a lot of dog food. Crypto is more like tulip mania—there is nothing much holding it up except the belief it eventually will go higher. If that belief goes away, what’s left? We may soon find out. In the meantime, for those who aren’t invested in crypto, this is a great spectator sport—rivaling Elon Musk’s Twitter takeover. You can read Fortune’s coverage here.

And since it’s Friday, some feedback. Lots of response to my piece Monday on final five voting as a way to fix the U.S.’s political problem. E.G. dubbed it:

“Too complex…and complex is viewed by a suspicious public as lacking transparency.”

D.W. was more open to the idea, calling it “very clever,” but ultimately concluding:

“It would take the founding fathers rising from the dead to get this passed. And even they might fail.”

But wait! Final five was indeed on the ballot in Nevada, and no founding fathers were spotted there, yet the initiative appears to be ahead as of this writing. Watch this space.

The U.K. has very likely tipped into recession, with its economy having shrunk by 0.2% in Q3. The service sector’s growth has stalled, construction-industry growth has slowed, and factory output is down. The Bank of England expects this to be a prolonged recession, perhaps into 2024. Meanwhile, the European Commission said this morning that the EU would also probably tip into recession during the current quarter, with growth returning in the spring. Fortune

IBM will develop next-generation semiconductors in partnership with a new Japanese chipmaker that will be backed by national titans such as Toyota, Sony, NTT, and SoftBank, as well as by the Japanese government. The new company, Rapidus, is an attempt to revive Japan’s chip industry and reduce reliance on Taiwan. It also shows how Japan is choosing sides in the growing chip war between the U.S. and China. Financial Times

Politico and the Bureau of Investigative Journalism have a gripping piece out about the lobbying and threats that Big Pharma allegedly used when trying to kill the proposal for a COVID vaccine intellectual property waiver. J&J’s Janssen division stands accused of threatening to withdraw investments from Belgium if the country supported the push for the waiver. J&J denies the claim. UN officials have called for further investigation. Politico

‘10 cents on the dollar’: What happens if Sam Bankman-Fried’s empire is forced into a fire sale of its investments, by Leo Schwartz and Anne Sraders

Elon Musk warns that a Twitter bankruptcy is possible after telling employees that ‘difficult times’ are ahead, by Bloomberg

Investors shake off months of bad news to give the stock market its best day in two years, by Associated Press

The kids are all right, but they’re worried: Gen Z is working harder and saving more than any other generation, by Megan Leonhardt