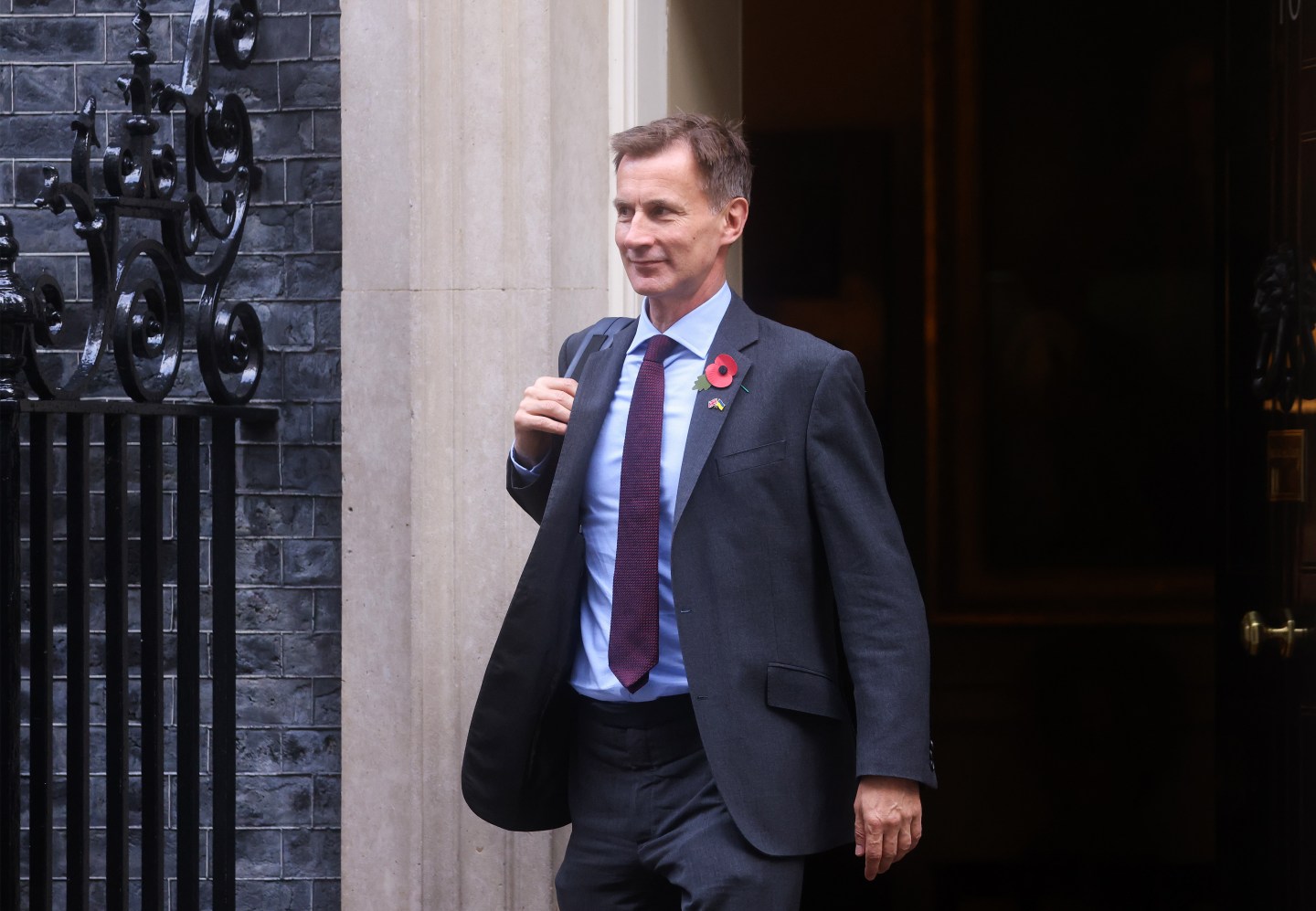 Chancellor of the exchequer Jeremy Hunt said, “I am under no illusion that there is a tough road ahead -– one which will require extremely difficult decisions to restore confidence and economic stability.
Chris Ratcliffe—Bloomberg via Getty Images

The UK economy shrank in the third quarter for the first time since the final lockdown of the pandemic as the cost of living crisis squeezed spending and the extra bank holiday for the Queen’s funeral shut businesses.

Gross domestic product fell 0.2%, marking the start of what is expected to be a protracted recession.

The drop, which was shallower than economists expected but the first since the first quarter of 2021, means Britain is the only Group of Seven economy that has yet to fully recover from the pandemic. Output is 0.4% below pre-Covid levels.

In September alone, GDP contracted 0.6%, reflecting an extra public holiday for the funeral of Queen Elizabeth II and the period of national mourning leading up to it. It was the second consecutive month of contraction.

Chancellor Jeremy Hunt said: “I am under no illusion that there is a tough road ahead -– one which will require extremely difficult decisions to restore confidence and economic stability. But to achieve long-term, sustainable growth, we need to grip inflation, balance the books and get debt falling. There is no other way.”

Consumer spending and business investment both fell during the quarter, but there was support from an improvement in trade, the Office for National Statistics said.

Households and businesses now face a bleak two years as the Bank of England and the government add to the cost of living crunch by tightening policy at the same time. The risk is that too restrictive a stance will make the coming recession worse.

According to the Resolution Foundation think tank, the UK is facing the quickest return to recession since 1975.

Although the extra bank holiday muddied the picture, there were signs that confidence is ebbing as the squeeze from rising energy and food prices takes a toll. Household spending fell by 0.5% in the quarter, retail sales dropped 1.9% and stores and manufacturing firms cut inventories, signalling low confidence levels for the months ahead as the gloomy economic outlook suppressed sales expectations.

Yael Selfin, chief economist at KPMG UK, said: “Interest rate rises and the prospect of the Bank of England raising them even further could exacerbate the stalemate in the UK housing market, causing more pronounced cutbacks in spending.”

“In addition, a turn to a more austere fiscal policy expected from next week’s Autumn Statement could contribute to prolonging any downturn.”

The BOE, which has raised interest rates eight times since December, says a recession is the inevitable price of bringing double-digit inflation under control. The slump could last until mid-2024 under one BOE scenario, making it the longest in records dating back to 1920.

Prime Minister Rishi Sunak is meanwhile preparing to announce tens of billions of pounds of tax rises and spending cuts next week in an effort to plug a hole in the public finances and restore credibility following the market turmoil triggered by his predecessor Liz Truss’s proposed tax cuts.

How well the economy holds up will depend on the readiness of people to spend more of their income and draw down an estimated £200 billion of excess savings built up during the pandemic, when lockdowns restricted opportunities to spend.

The fall in GDP was less than the 0.5% economists were expecting, reflecting upward revisions to output in July and August.