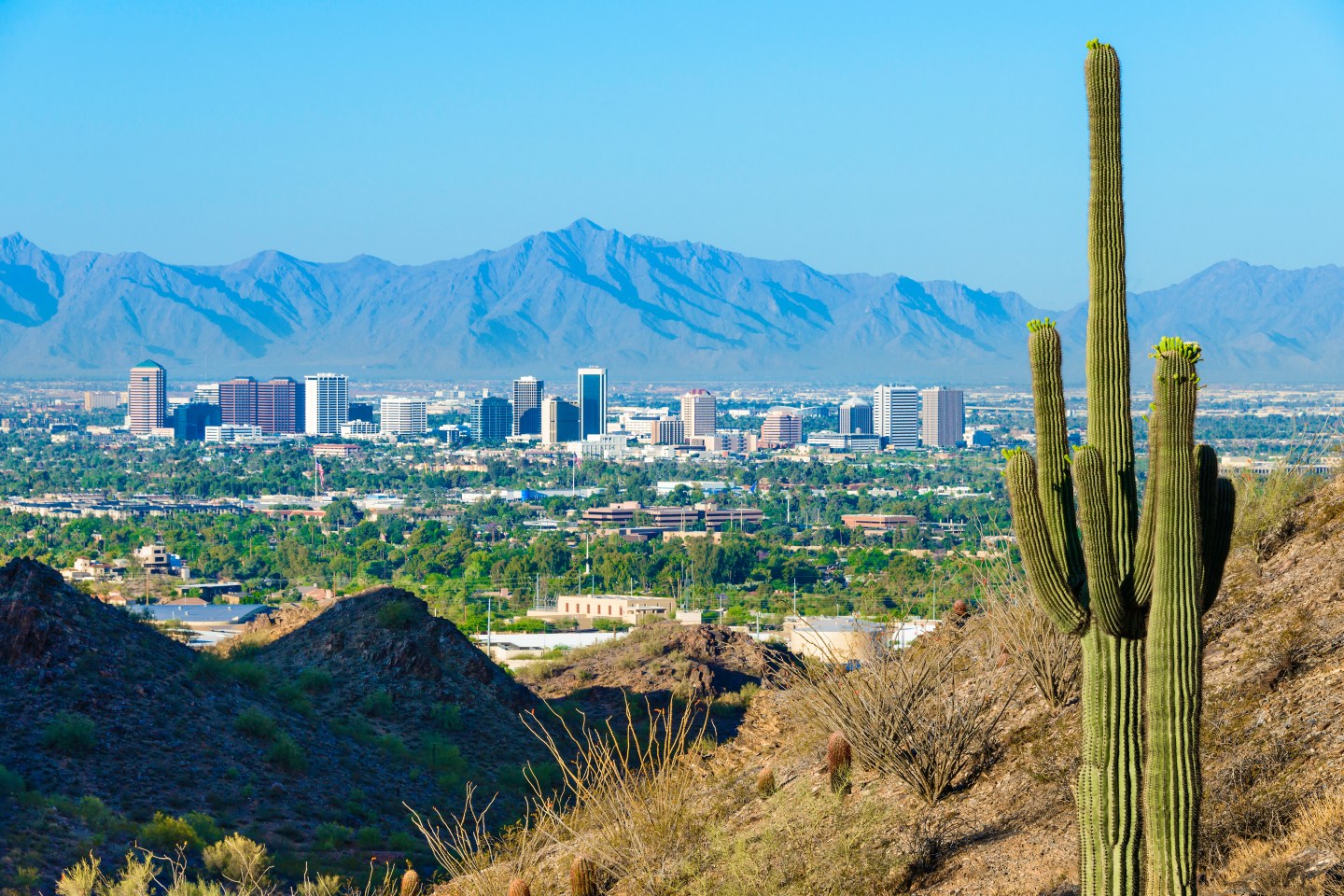 Redfin is throwing in the towel.

On Wednesday, Redfin told shareholders that it plans to shutter its homebuying program. As it does so, it will lay off 862 employees—or 13% of its workforce.

What’s going on? While the ongoing housing correction has hit the entire country, it’s particularly sharp in bubbly housing markets like Phoenix and Las Vegas. Those markets have gone straight from Pandemic Housing Boom to Pandemic Housing Bust. They’re also the places where iBuyers like Redfin and Opendoor have significant exposure.

These so-called iBuyer programs don’t operate like normal flippers. Instead of creating value through renovating homes, they instead use algorithms to make speedy offers directly to sellers, the service being that it reduces the hassle for sellers. As long as iBuyers can quickly resell the home, things should go smoothly. However, if home prices begin to fall, things can go south very fast.

That downside scenario, of course, is here.

“We notice immediately when fewer people are on our website and fewer are signing up for tours… We’re sitting on $350 million worth of homes for sale that we bought with our own money, or worse bought with borrowed money. And what we always told investors is that we would protect our balance sheet by acting quickly. We don’t have hope as a strategy. We immediately started marking down things,” Redfin CEO Glenn Kelman recently told Fortune.

By the end of January 2023, Redfin expects to reduce its portfolio of homes down to $85 million. And by the end of the second quarter of 2023, all of its homes should be sold off.

Nationally, the lagged Case-Shiller Index shows U.S. home prices fell 1.3% between June and August. However, in pandemic boomtowns, that home price correction is much greater. According to the Burns Home Value Index, Phoenix home values have already fallen 10% from their 2022 peak.

"These iBuyers adjust [home] prices almost like clockwork if a home doesn't sell. So in submarkets where they have a presence they are also price setters in a faster way than past cycles," Rick Palacios Jr., head of research at John Burns Real Estate Consulting, tells Fortune.

Redfin CEO Glenn Kelman agrees that iBuyers, along with other investors who piled into the market during the boom, are helping to drive home prices down faster this time around.

“When the shiitake mushrooms hit the fan, you [investors] want to get out first. The way to do that is to figure out where the lowest sale is, and be 2% below that. And if it doesn’t sell in the first weekend, move it down [again],” Kelman recently told Fortune. “My take is that because builders and iBuyers account for more inventory, that leads to a faster correction."

Not long after the Federal Reserve kicked into inflation-fighting mode, unsold housing inventory began to climb across the country. As of October, inventory levels are up 33% on a year-over-year basis. However, in bubbly markets where iBuyers are exposed, inventory growth is much more pronounced. In Phoenix, active listings for sale on realtor.com are up 173% on a year-over-year basis; markets like Austin and Salt Lake City are up 136% and 117%, respectively.

For most sellers, there's a psychological aspect to home prices: They don't want to lower their price tag unless economics forces their hand. That's just not how algorithm-run iBuyer programs work. They want out first, and they aren't afraid to cut aggressively in order to do so.

Look no further than this three-bedroom home in Las Vegas. In April, Redfin bought the home for $600,000. Just weeks later, Redfin listed it for sale in at $624,900. But it was too late: The Las Vegas housing market had already moved into correction mode. Fast-forward to November, and the listing just got taken off the market after a series of price cuts brought its list price to $524,900.

Even after all these aggressive price cuts, iBuyers still have a tremendous amount of inventory to offload in bubbly markets. In Phoenix alone, Parcl Labs estimates, iBuyers still own around $1 billion worth of units.

"Their [iBuyers] sales transactions alone accounted for nearly 10% of all Phoenix sales activity in September. As more pressure builds for them to exit their positions, they will likely become more aggressive in their pricing; this will continue a downward spiral until prices reach a point where demand enters to stabilize it," Jason Lewris, cofounder of Parcl Labs, tells Fortune. "All of the conditions are there for a crash [in Phoenix]."

Heading forward, Zandi expects U.S. home prices to decline by around 10% from peak to trough. But in "significantly overvalued" markets like Phoenix, he estimates prices will fall between 15% to 20%. And if a recession hits, he says, that decline in "significantly overvalued" markets could be between 25% to 30%. (You can find Moody's forecast for 322 housing markets here.)

Back in November, Zillow announced it'd halt its failed iBuyer program—which was notoriously overpaying for homes—and sell off its remaining homes through early 2022. It turns out, Zillow sold off its homes at the peak of the Pandemic Housing Boom. While Zillow lost a lot of money, it could've lost a lot more.