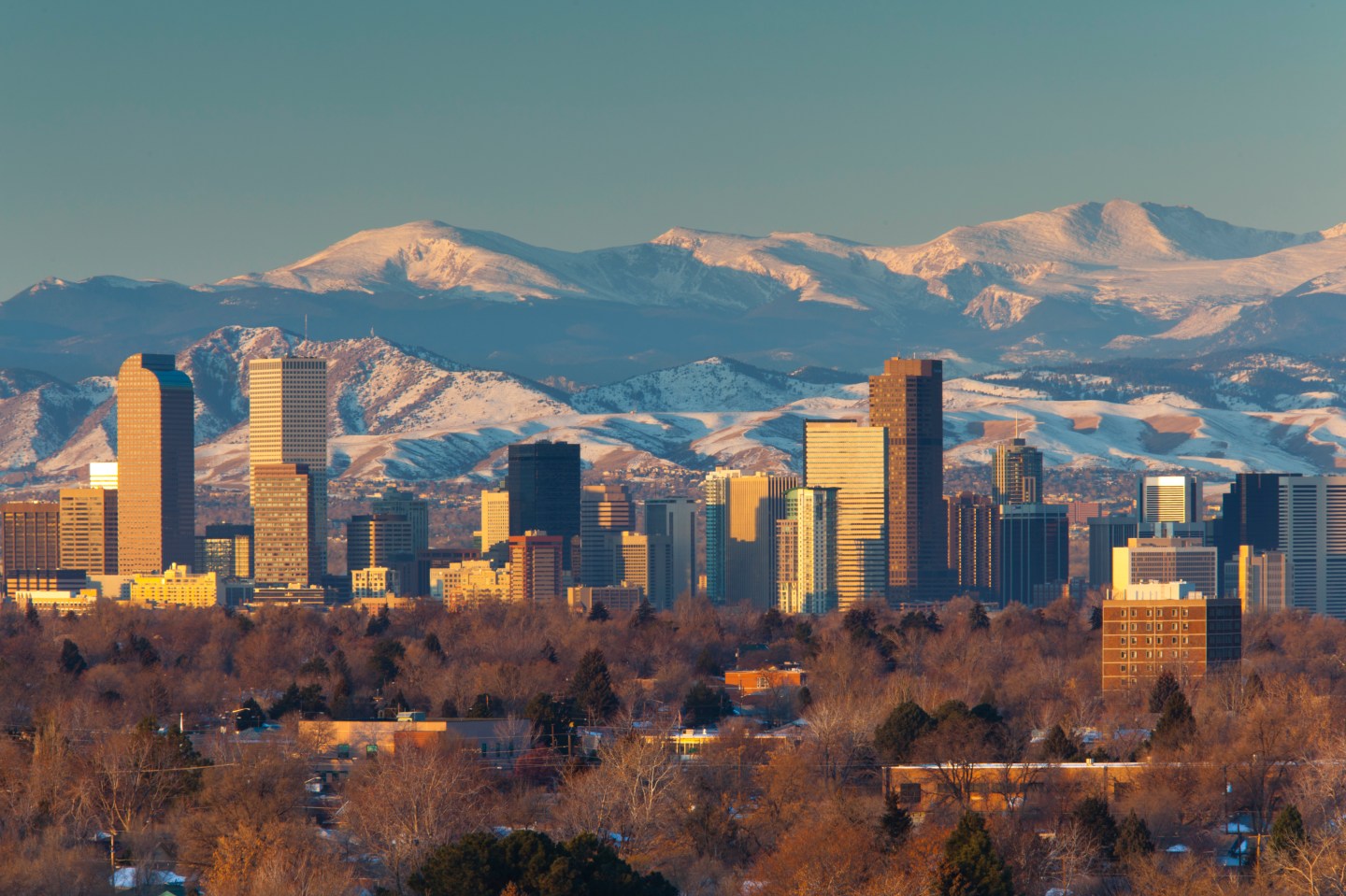 Is Denver one of the markets facing a home price correction?
Walter Bibikow—Getty Images

You don’t need a Ph.D. in economics from the University of Chicago to understand that 7% mortgage rates are a threat to the U.S. housing market.

Sure, historically speaking, there’s nothing abnormal about 6% or 7% mortgage rates. But the numerical rate overlooks the impact of the ongoing mortgage rate shock: These rates, coupled with frothy home prices, put new monthly payments in the upper bounds of history. When accounting for income, it’s more expensive to buy now than it was at the height of the ’00s housing bubble.

“Affordability has evaporated and with it housing demand,” Mark Zandi, chief economist at Moody’s Analytics, tells Fortune. “Prices feel a lot less sticky [right now] than they have historically. It goes back to the fact they ran up so quickly [during the pandemic], and sellers are willing to cut their price here rapidly to try to close a deal.”

When a group like Moody's Analytics says the "U.S. housing market" or "U.S. home prices," they're talking about an aggregated view of the country. Regionally, the results always vary. In the eyes of Moody's Analytics, that'll be particularly true heading forward.

These so-called “significantly overvalued" markets aren't isolated to just a few parts of the country—they're all over the place.

When a housing market enters into a downturn—a period of falling home sales and home construction levels—it's usually frothy or bubbly housing markets that are at the highest risk of home price declines.

That explains why this ongoing housing downturn has so quickly triggered a home price correction: Things got very frothy during the Pandemic Housing Boom. The proof? Back in the second quarter of 2019, Moody's Analytics only deemed three regional housing markets as "significantly overvalued."

Firms like Moody's Analytics aren't getting more bearish simply because mortgage rates touched 7%. Instead, they're revising their outlooks because financial markets are signaling that 6% or 7% mortgage rates could be around for longer than expected. As long as mortgage rates remain that high, Zandi says it'll apply immense downward pressure on these frothy home prices.

Over the next six months, Zandi expects mortgage rates to be around 6.5%. That's up from his previous outlook of 5.5%.

What's going on in the mortgage market? Well, a lot.

But that only explains some of the jump in mortgage rates. There's more at play.

Let's be clear: This home price correction started months ago. In parts of the country, the correction is already fairly steep.

What housing markets are shifting the fastest? We're seeing the biggest correction in bubbly markets like Austin (where home values fell 7.4% between May and August), Boise (down 5.3%), and Phoenix (down 4.4%). Those markets all saw a flood of investor activity and WFH buyers during the pandemic. Those places also saw their home prices go far beyond what local incomes would historically support.

*"The Moody’s Analytics housing valuation measure is the percent difference between actual house prices and house prices historically consistent with wages and salaries per capita and construction costs. The price of a house is ultimately determined by the value of the land upon which it resides which is tied to the opportunity cost of the land as measured by wages and salaries, and the cost to build the home. Nationwide, approximately one-half of a home’s value is the land and the other half the structure, but this varies considerably across the country.  In San Francisco, for example, the land is far and away the biggest part of the home’s value, while in Des Moines, Iowa, it is the opposite. Our housing valuation measure accounts for these differences," writes Moody's Analytics chief economist Mark Zandi.