What is ‘final five’ voting? The radical reform idea could transform U.S. politics 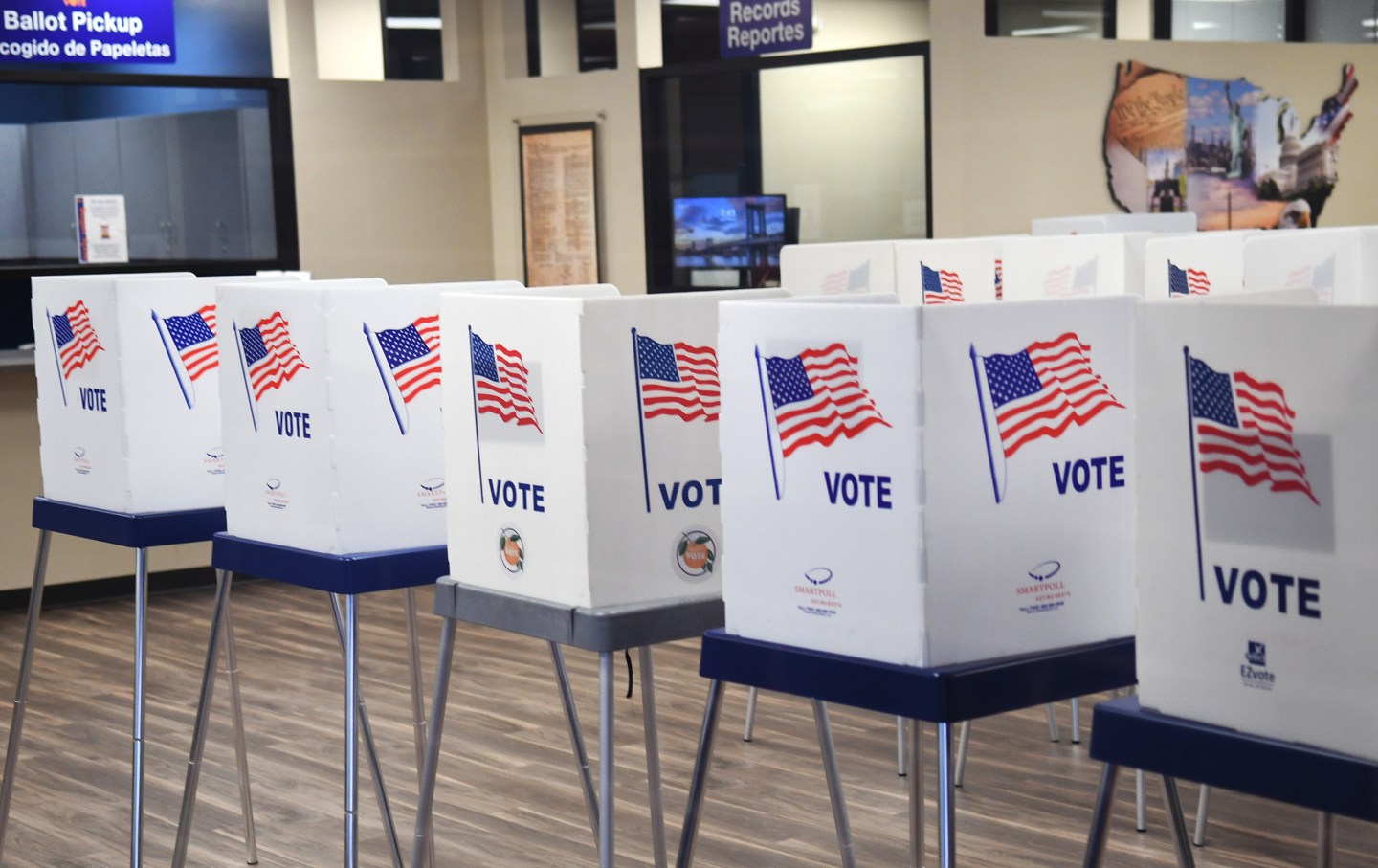 Voting booths are set up at the Orange County Supervisor of Elections Office on the first day of early voting for the 2022 midterm general election in Orlando.
Paul Hennessy—SOPA Images/LightRocket via Getty Images

Is there a fix to what ails American politics? One day before divisive mid-term elections, it’s a question worth asking. And at last week’s meeting of the Fortune CEO Initiative, we explored one potent answer.

It’s called final five voting, and it is pioneered by Katherine Gehl, who began her journey into political reform in 2017 when she and Harvard Business School super-professor Michael Porter penned a powerful piece for Fortune comparing the U.S. political system to a duopoly—which works well for the duopolists but not for consumers…or in this case, citizens. The piece is still worth reading, here.

“Final five” attempts to solve the problem by doing two things: first, having a single, all-parties primary, in which the top five vote-getters move on to the general election. And second, allowing voters in the general election to rank all five and conducting an instant run-off where the last candidate is eliminated, and then his or her votes are allocated to the voters’ second choice candidate, and so on, until a clear winner emerges.

Here’s what Gehl had to say at the CEO Initiative last week:

“85% of seats in the U.S. House were determined before the general election, because those were people who ran in safe Republican seats in red districts or safe blue seats in Democratic districts. And in the Senate, it’s over 60% of winners who were chosen by the end of the primaries. That means that people who were elected in those primaries are working for the people who voted in the primaries, and that’s only 8% of the of eligible voters in this entire country.”

Making general elections matter, she argues, and making candidates compete for a true majority of voters, is key to making democracy work. Appearing with Gehl at last week’s event was Kent Thiry, former CEO of DaVita, who has been pushing similar reforms with some success in Colorado and elsewhere. Said Thiry:

“Final five is perhaps the nuclear weapon in the arsenal that, literally, if we could snap our fingers and have that system exist throughout America, our democracy and the performance of our country would improve literally overnight. And there are a number of other arrows in the quiver that are incredibly important. Things like open primaries…and [eliminating] gerrymandering.”

Both Gehl and Thiry were able to report some recent successes in their reform efforts. But progress is slow and uncertain. Why? Because politicians from both parties, who have benefitted from the existing dysfunctional system, tend to oppose change. They argue business leaders should be champions of the reform. You should watch what they have to say, here.

It’s utter chaos at Twitter, following new CEO Elon Musk’s decision to abruptly lay off half the staff last Friday. Using amateurishly edited statements, the company is trying to get users to urgently cough up $8 a month for new features. However, it has belatedly realized that Musk’s cull caught up dozens of people who are needed to make those features happen. Now, Twitter is begging them to come back. Meanwhile, Musk the great free-speech defender has angrily suspended comedian Kathy Griffin and others after they changed their profile names to his. Bloomberg

The U.S. is trying to set up a carbon credit program that would effectively see companies pay to help developing countries transition away from fossil fuels. Climate Envoy John Kerry will reportedly unveil the voluntary scheme at COP27, which began yesterday. One big question will be how to ensure the credits’ environmental integrity. Financial Times

The Nord stream pipelines may be dead, but Russia’s liquefied natural gas exports to the EU were 46% up year-on-year in the first nine months of 2022. That doesn’t align very well with EU countries’ desire to wean themselves off Russian fossil fuels, and it could spell more trouble down the line if/when Vladimir Putin decides to further turn to the screws on his western neighbors. Politico

Meta is reportedly set to begin layoffs this week after a 70% fall in share price as Mark Zuckerberg chased the metaverse, by Steve Mollman

Wall Street’s ‘Dr. Doom’ says Elon Musk is a ‘lunatic’ when it comes to social media regulation, by Steve Mollman and Will Daniel

Apple says China’s lockdown of ‘iPhone City’ has led to ‘significantly reduced capacity’ ahead of the holidays, by Bloomberg

Here’s what to watch for in Tuesday’s game-changing 2022 midterms, by Associated Press