Jamie Dimon just used a sports metaphor to sum up the disaster looming with the next recession. It sounds a lot like Warren Buffett’s ‘swimming naked’ 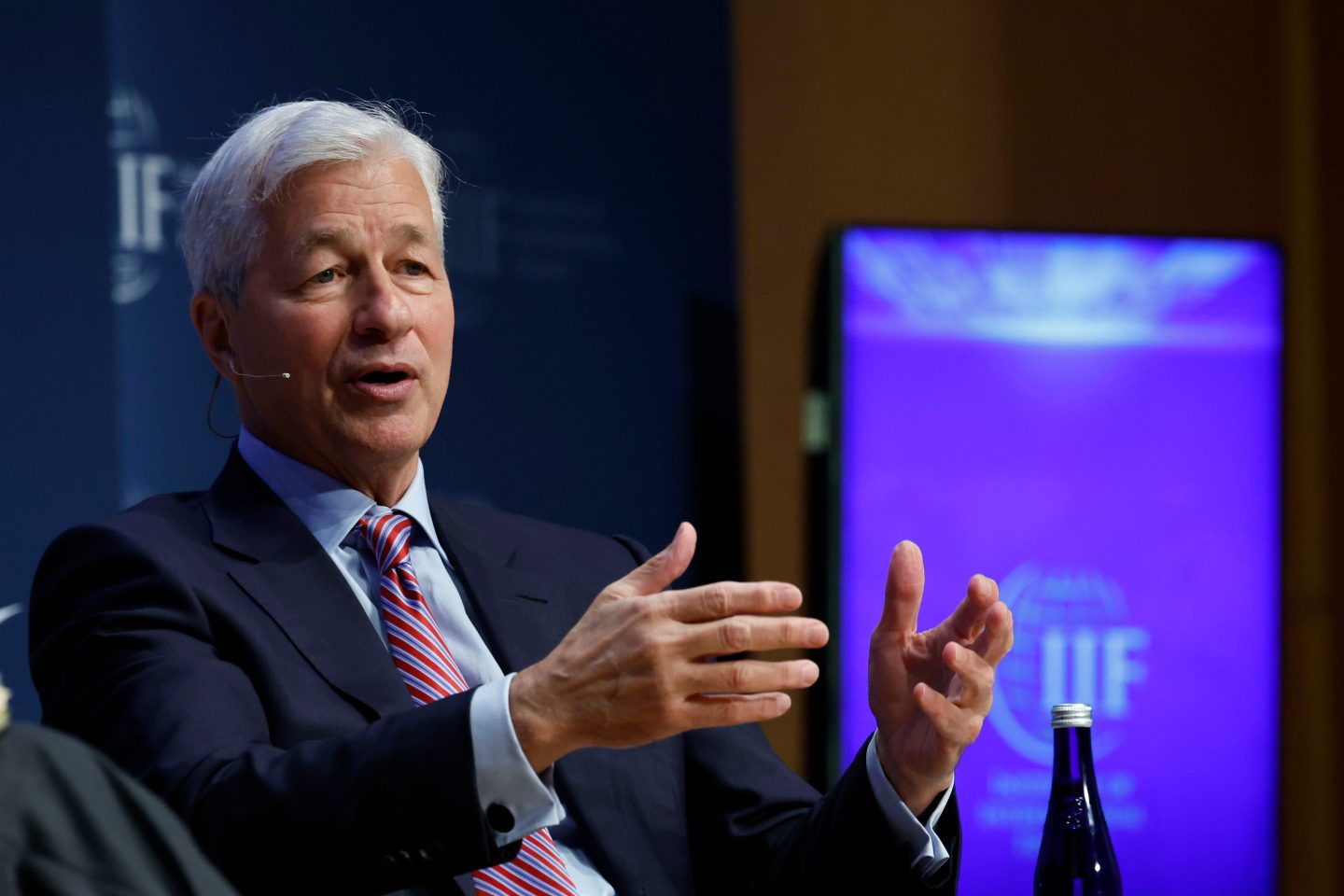 We keep hearing economists, investors, and finance executives say a recession is looming. In a recent Wall Street Journal survey, economists put the probability of a recession in the next 12 months at 63%—an estimate that was at 49% in July. Bloomberg went further, projecting a whopping 100% likelihood.

JPMorgan Chase CEO Jamie Dimon, whose comments are closely watched on Wall Street and beyond, has issued his own forecasts, ranging from “storm clouds” to “a hurricane.” Now he’s using another metaphor for what happens after the recession hits.

During JPMorgan’s earnings call last week, Dimon was asked about the U.K.’s market turmoil and the pension funds in crisis mode after the bizarre and humiliating U-turn by new Prime Minister Liz Truss and her (recently sacked) finance minister Kwasi Kwarteng. Specifically, the question referred to “LDI,” short for liability driven investment strategy.

Dimon called the “LDI thing” a bump in the road, but also said he was surprised to see how much leverage there was in those pension plans. Enter the sports metaphor.

“My experience in life has been you have things like what we’re going through today, there are going to be other surprises,” he said. “Someone is going to be offsides. We don’t see anything that looks systemic, but there is leverage in certain credit portfolios. There’s leverage for certain companies—there is leverage. So you’re probably going to see some of that.”

Offsides is a rule in some sports, such as soccer and football, where a player is not supposed to advance too far ahead of others during a play, and leverage is another word for investors being overly indebted when they take a big risk or, some would say gamble, on a bet. The last financial crisis nearly tanked the world economy because banks were so overly leveraged, and recessions have a funny way of exposing it.

Dimon’s sports metaphor recalls the legendary investor Warren Buffett’s famous line about how recessions expose bad bets: “Only when the tide goes out do you learn who has been swimming naked.”

Both basically mean that investors who are in bad positions could be swimming naked or offsides without anyone realizing it, but when the tide goes out and the defender or line of scrimmage moves up, they’re revealed to be out of step with everyone else. Some investors and companies alike won’t be making enough money in relation to their debts, and the “pain” Federal Reserve Chair Jerome Powell warned of in committing to bring down inflation will likely be felt.

Dimon predicted a recession in the U.S. in the next six to nine months because of the Federal Reserve’s hiking interest rates to bring inflation down to its 2% target (far off from September’s reading of 8.2% year over year), combined with the fallout from Russia’s invasion of Ukraine and shocks from the pandemic felt across the world.

If it’s a severe downturn he estimated the market could go down another 20% to 30%. That means that everyone who’s invested in stocks and assets during times of low inflation and even lower interest rates (possibly a thing of the past now) will dramatically feel the weight of a recession.

“The past two decades of ‘2%’ inflation, growth, and wages have ended with a reversion to the long-term historical mean,” Bank of America strategists wrote in a research note last week, arguing the period was an “aberration.”