‘There’s more volatility on the horizon’: Goldman Sachs CEO says there is a ‘good chance’ for a recession as bank plans massive reorganization 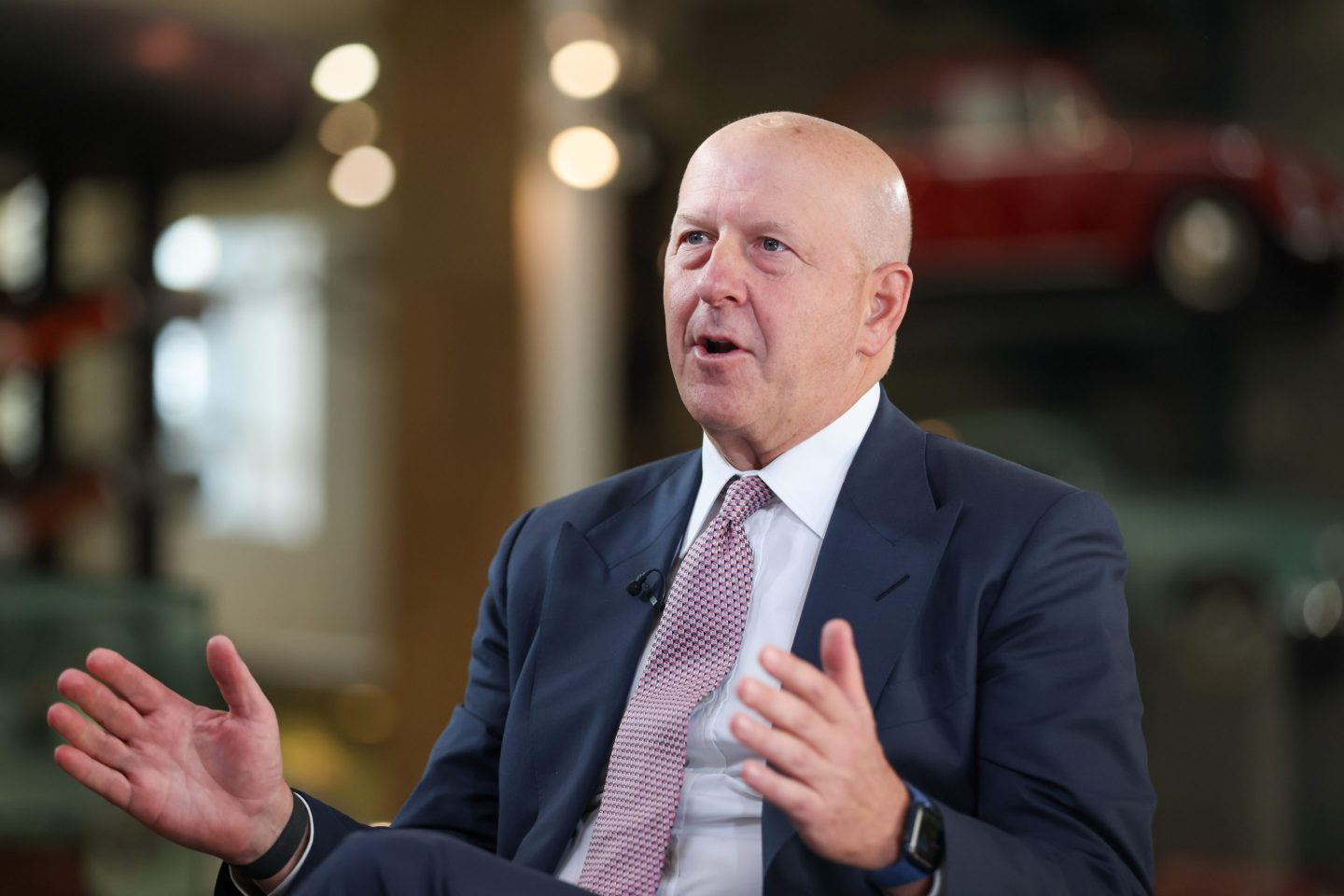 Market volatility and recession risks are likely to stick around for a while, and Wall Street’s biggest banks are preparing accordingly.

With U.S. inflation at its highest point in decades, the Federal Reserve has been aggressively hiking interest rates since March to tame rising prices.

But the fast pace of monetary tightening has also clouded the economic outlook, and sparked fears that a recession is now inevitable. The uncertainty has pushed many bankers to forecast that an economic downturn will happen sometime during the next year, with JPMorgan CEO Jamie Dimon saying last week a recession is likely to hit within nine months.

In an interview with CNBC Tuesday, Goldman Sachs CEO David Solomon agreed that a recession is becoming increasingly likely in the U.S., and warned investors to beware of turbulent markets ahead, as the bank prepares for a sweeping reshuffle of its biggest branches that will see its money-losing consumer business unit reconsolidated.

“I think you have to expect that there’s more volatility on the horizon now. That doesn’t mean for sure that we have a really difficult economic scenario. But on the distribution of outcomes, there’s a good chance that we have a recession in the U.S.,” he said.

‘It’s time to be cautious’

The Fed is taking extreme measures to bring inflation down, approving five interest rate hikes since March with more planned for the rest of the year and possibly through to 2023.

But the fast pace of tightening from the Fed has been largely unprecedented, and even Federal Reserve officials themselves have been uneasy about how little time they have between each interest rate hike to understand what effect tightening is having on the economy.

All those unknowns are reason enough to stay cautious in today’s market, according to Solomon.

“It feels uncertain,” he said. “It’s hard to really know where markets settle. It’s time to be cautious.”

He added that the current volatility in markets and shifting behaviors in consumers was inevitable, considering the magnitude of the U.S. economy’s shift from a low- to high-rate environment.

Solomon knows something about how the unpredictable stock market can affect performance, as volatile markets are part of the reason Goldman decided to consolidate its main divisions, first reported by the Wall Street Journal late last week—the bank’s biggest reorganization since 2020.

With the reshuffling, Solomon is hoping to reduce the bank’s reliance on the increasingly uncertain stock market and investment banking revenues, the WSJ reported, as the firm pivots towards fee-based businesses as its main income source.

The restructuring, which was confirmed by Goldman Tuesday alongside the release of its third quarter earnings results, will combine the bank’s wealth management and asset divisions into a single unit, and merge its investment banking and trading businesses into another.

Meanwhile, the firm’s consumer banking unit, known as Marcus, will be significantly downsized and integrated with Goldman’s combined wealth management and asset unit.

Since its unveiling in 2016, Marcus has been subject to criticism from both inside and outside Goldman. The bank had planned Marcus as a foray into consumer banking, also known as retail banking—expanding financial services to individual customers instead of only focusing on companies and corporations—although the experiment has so far failed to turn a profit for the bank. The unit’s losses reportedly cost the bank $1.2 billion earlier this year, for a cumulative loss of over $4 billion since its inception, Bloomberg reported earlier this month.