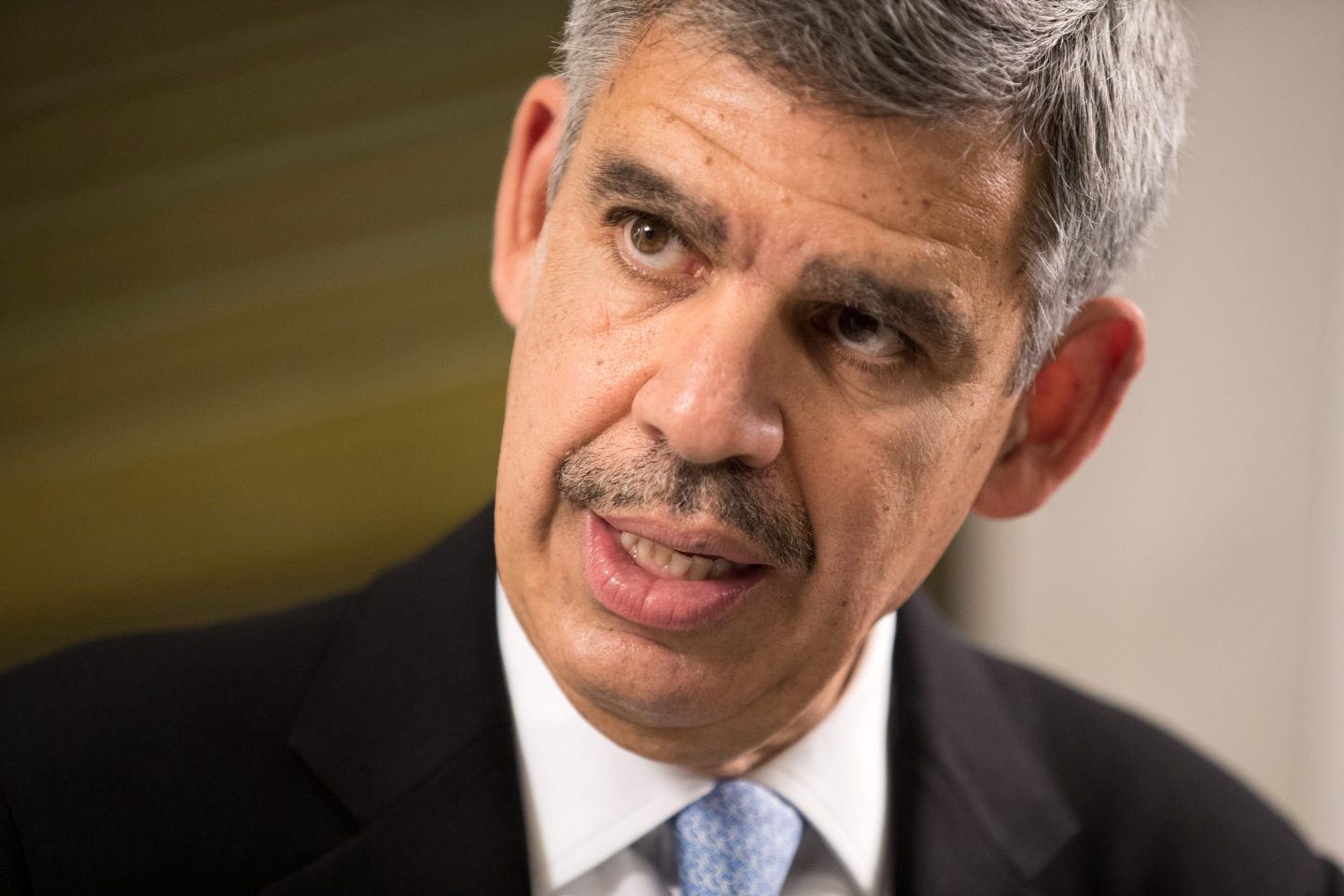 Top economist Mohamed El-Erian sees a recession ahead thanks to big mistakes by the Fed.
Nicky Loh—Bloomberg/Getty Images

The United States is headed toward a recession that was “totally avoidable,” a top economist said Sunday. What’s more, Federal Reserve mistakes that will “go down in the history books” are to blame.

One mistake the Fed made, he explained, was “mischaracterizing inflation as transitory. By that, they meant it is temporary, it’s reversible, don’t worry about it.”

A second mistake came when the Fed recognized that inflation was “persistent and high,” he added. “They didn’t act. They didn’t act in a meaningful way.”

Now we risk the Fed making a third mistake, he said, which is that after not easing off the accelerator last year, “they are slamming on the brakes this year, which would tip us into a recession…This will go down as a big policy error by the Fed.”

The Fed has been raising interest rates to fight inflation, but fears of a recession are mounting. This week, Fortune described the views of seven top economic thinkers who believe a recession is coming.

Now, he said, “the markets are worried that the Federal Reserve will tip us into a recession by overreacting to strong economic news.”

Among such news, data released this week showed the U.S. unemployment rate fell last month from 3.7% to 3.5%. That may lead the hawkish Fed to raise interest rates again.

El-Erian isn’t the only top economist criticizing the Fed’s decisions. On Friday, Jeremy Siegel ripped the Fed for “slamming the brakes way too hard” by raising interest rates too high in an effort to combat inflation.

“If they stay as tight as they say they will, continuing to hike rates through even the early part of next year, the risks of recession are extremely high,” he told CNBC’s Street Signs Asia.

Siegel, a professor at University of Pennsylvania’s Wharton business school, said the Fed should have begun tightening its monetary policy much sooner, but now “the pendulum has swung too far in the other direction.”

Siegel, like El-Erian, said the Fed had made mistakes of historical proportions: “The last two years [are] one of the biggest policy mistakes in the 110-year history of the Fed, by staying so easy when everything was booming.”

He continued: “They were way too easy through 2020 and 2021, and now [impersonates the Fed], ‘We’re going to be real tough guys until we crush the economy.’ I mean, that is just to me absolutely, poor monetary policy would be an understatement.”

As far as El-Erian is concerned, the Fed now must repair its damaged reputation, as well.

“Not only does it have to overcome inflation, but it has to restore its credibility,” he said Sunday.