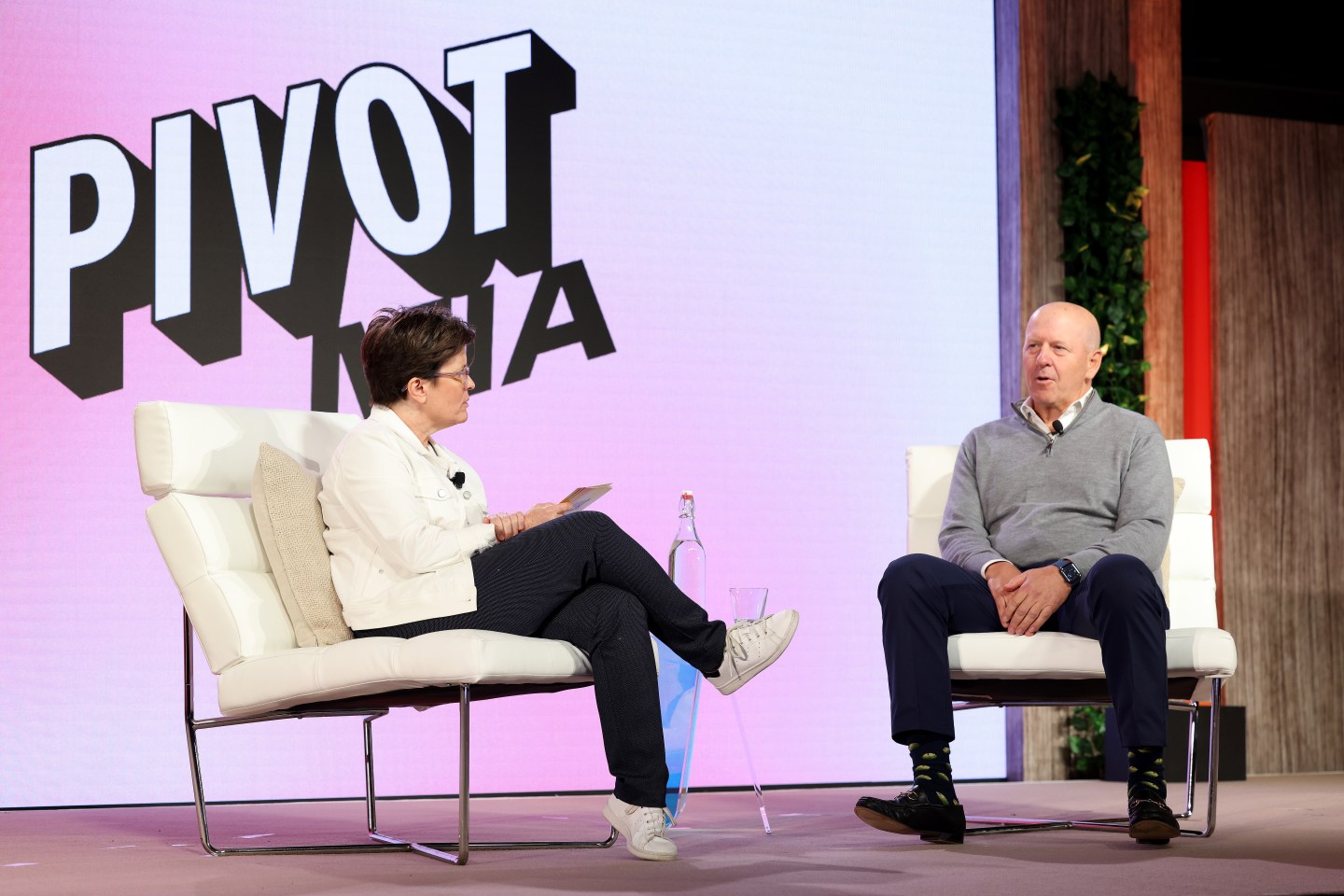 Goldman Sachs Group Inc’s David Solomon is embarking on his third major reorganization in just four years as chief executive officer, undoing some of the signature moves he made as recently as 2020.

The Wall Street giant plans to once again combine its expanded asset management and private wealth businesses into one unit run by Marc Nachmann, according to people familiar with the matter. Goldman will also fuse its investment-banking and trading operations under one group run by Dan Dees, Jim Esposito and Ashok Varadhan. The money-losing consumer unit will be broken up.

The moves mark a reversal for Solomon, 60, who had forged ahead with plans to separate the asset management and wealth business two years ago despite skepticism within the bank. He was also reluctant to combine investment banking and trading into one group, as the firm looked to talk up other fee-based businesses to win over shareholders.

Most visibly, he’s disbanding the direct-to-consumer efforts, cutting short the retail banking dreams that he had spelled out in his early days as CEO. A smaller subset of that business that deals with corporate partners will emerge as a standalone entity called Platform Solutions run by Stephanie Cohen, the people said, asking not to be identified discussing information that’s not yet public.

That includes GreenSky, the installment-lending firm it bought last year, along with its credit-card ventures and transaction banking, which handles corporate deposits and was previously part of the investment-banking group. The other piece of the retail-banking unit that dealt directly with consumers under the Marcus brand will get pushed into its wealth business as a more curtailed effort.

A Goldman spokesman declined to comment on the moves.

Luke Sarsfield and Julian Salisbury, the current heads of the asset management business, will lose their division leadership roles, the people said. Sarsfield will go back to a sales-focused role in the group, and Salisbury will take the title of chief investment officer. Tucker York will return to running the private-wealth business.

Nachmann will now have held a leadership role in each of Goldman’s major money-making groups since Solomon took the top job. His last role was the co-head of the trading group, the biggest revenue generator at the firm.

The changes to the banking and trading business are expected to be minimal, with the remaining slate of leaders taking over the reins of the new, combined group. The combination is driven partly by a shift to showcase to investors the relative strength of that business compared with peers across Wall Street.

The new Platform Solutions business is the only one that is expected to post losses for the near future and the management team has debated whether to disclose the scale of those losses and break-even expectations to investors when they report earnings on Tuesday.

Goldman’s third-quarter results are expected to show a 16% drop in revenue from a year ago. Analysts are expecting that Goldman’s profits for the full year will slide by more than 40%.

The Wall Street Journal earlier reported the new break up of divisions at the bank.