As Chevron’s stock hovers near its all-time high, the CFO is trying to ‘win back investors to energy’ 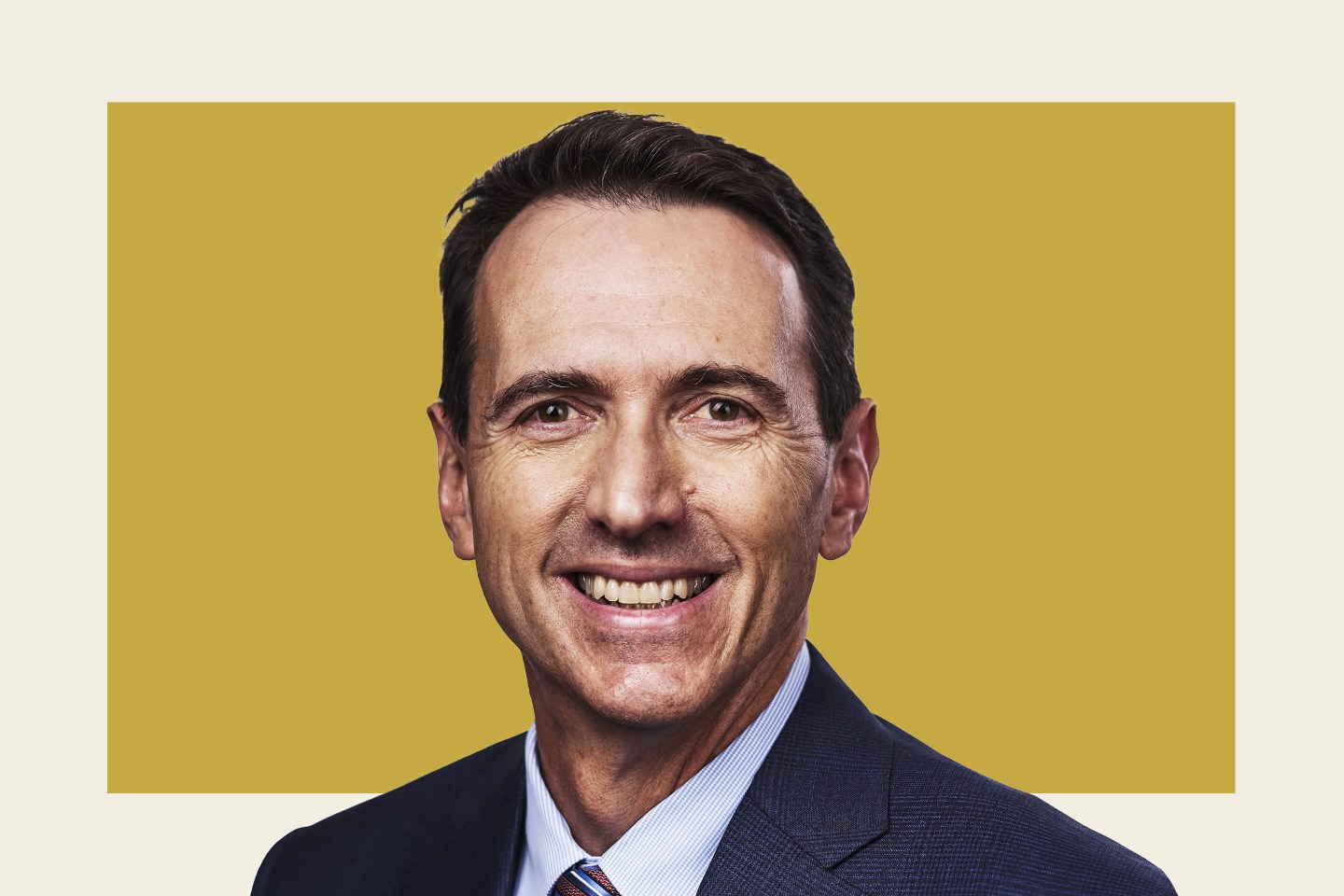 “We’re trying to win back investors to energy,” Pierre Breber, VP and CFO at Chevron Corporation, told me. “Energy represents about four and a half percent of the S&P 500 by market cap. But we’re more than double that by earnings and free cash flow. So there’s a big opportunity in energy.”

I had a conversation with Breber about investors, gas prices, environmental objectives, and financial priorities.

Chevron (No. 16 on the Fortune 500) is working towards “higher returns and low carbon,” Breber says. “Higher returns” is about capital discipline, he says. “There was a time period, where our returns were in single digits,” he explains. “Now our return on capital employed is over 20% in the first half of this year, and at more moderate prices, or what we’d call mid-cycle prices, and we’d expect to be a solid double-digit return-on-capital-employed company.”

Chevron reported second-quarter earnings of $11.6 billion, but these gains follow pandemic-fueled losses. On June 8, Chevron’s stock price reached an all-time high of $182.40. The stock price closed on Thursday at $161.42. In mid-June, the national average for gas prices hit an all-time high at $5 per gallon. Prices began to go down in July as demand receded.

Breber says that Chevron has done a lot of outreach to institutional investors, and “we’ve increased our efforts with retail investors who represent about a third of our investor base.”

He answered questions from retail investors during the first Chevron Exchange Q&A series on Sept. 15. The questions were “very similar to what we’d get from Wall Street analysts,” Breber says. But they had more questions about the long term than analysts, like where’s Chevron going to be in 5, 10, 20 years? They also asked macro-economic questions, he says.

Regarding the macro-environment, lately, consumers are questioning why oil prices are high. “Well, there’s inflation right now across lots of products—food, energy, and other goods,” Breber says. “In particular for lower to middle-income families where the higher costs are difficult to manage. That’s why you have the Federal Reserve and the Biden Administration taking action.”

Breber continued, “We operate in global markets, highly competitive markets, where prices are set by supply and demand. What we focus on is being good at what we do. The best way to lower prices is to increase supply. And we’ve been increasing investment to grow supplies in the United States and around the world.”

Chevron’s CEO Mike Wirth wrote a letter to President Joe Biden in June regarding criticism of gas prices: “I assure you that Chevron is doing its part to help address these challenges by increasing capital expenditures to $18 billion in 2022, more than 50% higher than last year.”

I asked Breber to explain what “low carbon” entails. “We’re both reducing the carbon intensity of our traditional business, 35% on a per unit basis by 2028, and by 2050 we have net zero aspiration for oil and gas production, our upstream unit, to be zero per Scope 1 and Scope 2 [emissions].”

Some examples? “We operate one of the largest CO2 sequestration projects in the world in Australia,” Breber says. And other ways are by electrifying and being more energy efficient, he says. “It’s bringing wind and solar to provide power to some of our operations,” Breber explains. It’s also making sure there are no methane leaks, he says. Chevron wants to show investors that “we can sustain higher returns in a lower carbon future,” Breber says.

The company is also focusing on new energy businesses that are lower carbon like renewable fuels, hydrogen, and carbon capture and offsets, he says. Chevron completed the acquisition of the Iowa-based company Renewable Energy Group, Inc. in July.

Chevron has publicly received pushback from investors for and against environmental and ESG initiatives. Earlier this year, a shareholder advocacy group sought to oust the chairman because they said the company was not progressing in substantially cutting carbon emissions. Meanwhile, last month, an anti-ESG activist investor, Vivek Ramaswamy, an entrepreneur and political commentator, wrote a letter to Wirth asking the company to increase its output of fossil fuels.

I asked Breber how Chevron is addressing the opposing viewpoints. “We engage; we listen,” he says. “In some cases, we agree. In some cases, we don’t agree. But we have an open dialogue. And at the end of the day, our job is to make decisions that are in the long-term interest of our shareholders, and all of our stakeholders and grow the value of the company.” He added, “Not only do investors have different points of view, but even the same investor can change their mind as the market moves around.” Chevron is staying the course on lower carbon, Breber says. “It’s the right objective for our investors, and for our employees,” he says. “It’s an objective that inspires and aligns our workforce.”

He continued, “Our financial priorities have been consistent for decades. Some of our competitors change them frequently. One just made some changes last week.”

Workhuman and Gallup's latest report, "Amplifying wellbeing at work and beyond through the power of recognition," is based on a study of more than 12,000 employees across 12 countries. Employees who are recognized at work, are up to 10 times as likely to strongly agree that they belong at their organization, according to the report. "A culture of recognition enriches employee wellbeing holistically — from employees’ social connections to their career aspirations," Workhuman and Gallup noted. The report found that employees who strongly agree that recognition is an important part of their culture are up to 91% more likely to be thriving.

Courtesy of Workhuman and Gallup

"Fast-fashion giant Zara faces a huge challenge in the climate crisis. Can its heiress-turned-leader make the brand fast, cheap, and green?" by Vivienne Walt

"7 of the world’s top economic minds think a global recession is coming. Some say it’s already here" by Rachel Ventresca

"How inflation in the U.S. stacks up against the rest of the world" by Nicolas Rapp and Matthew Heimer

"Self-affirmations can improve your confidence. Here’s how to start" by Alexa Mikhail

Martin Small was promoted to CFO at BlackRock, Inc. (NYSE: BLK), effective on or about March 1, according to the company. Small will succeed current CFO Gary S. Shedlin who will take on a new role as vice chairman. Small has been the head of BlackRock’s U.S. Wealth Advisory business for the past four years. He previously served as head of iShares in the U.S. and Canada and leadership roles for BlackRock’s Financial Markets Advisory unit. Small joined BlackRock in 2006 in its legal and compliance team.

Julie Booth, CFO, and treasurer at Rocket Companies (NYSE: RKT), a fintech platform company, will retire effective Nov. 15. Booth will remain with the company in a strategic advisory role. She joined Rocket Mortgage 19 years ago and has served as the organization's CFO since 2005. Brian Brown was promoted to CFO and treasurer. Brown, who joined Rocket in 2014, currently serves as chief accounting officer.

Timothy Schick was named CFO at Laser Photonics Corporation (Nasdaq: LASE), a global industrial developer of Cleantech laser systems, effective Oct. 5. Schick joined LPC in July 2022 as VP of finance. Before joining, he served as head of finance at Jupiter Marine International. He has also served as the director of financial planning and analysis at Everglades Boats.

Sonia Jain was named CFO at Cars.com (NYSE: CARS), an online automotive marketplace platform, effective Oct. 17. Jain was previously CFO at the company from July 2020 to April 2022, when she resigned to take on the role of finance chief at Convoy, Inc., a digital freight startup. Before Cars.com, Jain served as CFO of Redbox, and VP of finance and treasurer with Outerwall. She was also an investment banker at Morgan Stanley and a consultant at McKinsey & Company.

Brett Robinson was named CFO and EVP of finance, technology, and facilities at Sesame Workshop, a nonprofit educational organization behind Sesame Street. Robinson will also oversee the IT and engineering divisions. Most recently, he was COO and CFO of UNICEF USA, a nonprofit organization. Before that, Robinson spent five years as EVP of finance and administration, and CFP for Brooklyn Public Library.

Rama Katkar was named CFO at Notion, a project management and note-taking software platform. Katkar joins the company from Instacart, where she built their first strategic finance/FP&A team, and led them towards an IPO. Before that, Katkar was the SVP of corporate development and strategic finance at Credit Karma.

"If organizations want to become great talent magnets—high-performance and high-engagement organizations—they need to dedicate the same level of attention and funding to efforts to reimagine the workplace as their highest-priority strategic and operational initiatives."

—Boston Consulting Group's Deborah Lovich and Sebastian Ullrich write in a Fortune opinion piece about the future of work.