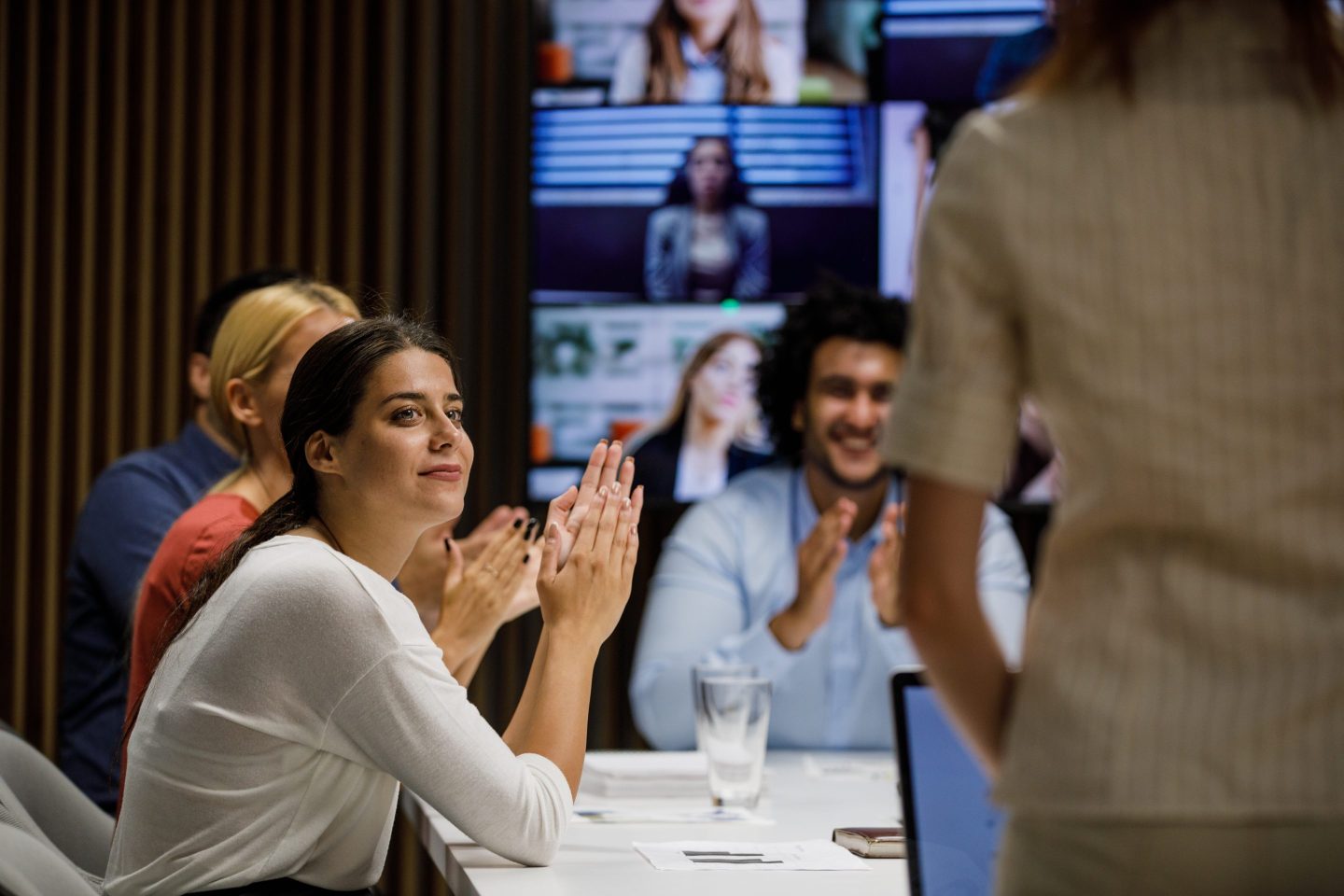 Walk into any return-to-office brainstorm session, and you will likely see two people seated at the table: CEOs and CHROs. Diversity heads, however? That’s iffy—and it could lead to problems down the road.

The complexities of hybrid work have left many leaders confused about how to best serve diverse workforces. According to Slack’s Future Forum survey, 41% of executives say their top concern is inequities that could emerge between in-office and remote employees.

Perhaps no one is as acutely aware of this challenge as chief diversity leaders, charged with keeping a pulse on inclusion in their organizations.

KPMG recently released a white paper that brings to light the CDO perspective on hybrid work. The short of it: More diverse voices need to be at the return-to-office decision table, and managers need to be trained on how to support hybrid employees.

Before deploying return-to-office policies, companies must listen to diverse voices to better understand how their plans might affect overlooked groups within the organization. Once the return-to-office mandate is given, companies should over-communicate their thinking to staffers, touching on the following: what they’re doing, why they’re doing it, and how it will affect different subsets of the employee population, says Keyla Cabret-Lewis, director of diversity, equity, and inclusion at Aflac Inc.

With hybrid work, in particular, companies should avoid thinking of it as a temporary fix, says Elena Richards, KPMG’s chief diversity and inclusion officer. Embracing such a notion can leave employees feeling unheard and insecure about their futures at the organization and unable to get their personal affairs in order.

Richards advocates flexible schedules and recommends returning employees to the office intermittently and with intention. KPMG has adopted a “Flex with Purpose” model—a hybrid arrangement that blends remote, mixed, and on-site work. Employees are encouraged to select a format that suits their lifestyle while connecting in the office with the specific intention of brainstorming, receiving coaching, or accessing career development.

Most importantly, Richards says, companies should approach all discussions with one question: How are we engaging everyone?

“You want to ensure that you’re not creating any kind of inconsistent experience,” she says.

She adds that training managers on inclusive leadership will be critical to the success of a hybrid workplace.

“We can’t assume our people will know how to do that.”

With all the commotion around quiet quitting, should employers simply ask employees to do less? Stanford University professor Robert I. Sutton certainly thinks so and said as much in the Wall Street Journal this week, writing:

“For so many companies, the opposite—less, less, less—is the key to success. Subtraction clears our minds and gives us time to focus on what really counts. It sets the stage for creative work, giving us the space to fail, fret, discuss, argue about, and experiment with seemingly crazy ideas—the ideas that can transform a company, and make employees happier and more productive.”

- The second-biggest dock workers union in the U.K. will go on strike in October to protest a lack of wage gains to account for record inflation. CNBC

- How much does Apple pay its data scientists and engineers? A lot. In a recent data set of over 3,000 job offers, the highest was extended to a senior director for $415,000. Insider

- Children have returned to school, restaurants are open, and more people are back in the office. But the pandemic may never truly be over, according to health experts. Wired

WFH fears. Free lunches couldn’t get people back to the office but layoffs might. Seventy-eight percent of employees fear that remote workers will be laid off first, according to GoodHire’s annual State of Remote Work survey. —Trey Williams

Outfit change. Virgin Atlantic is changing its uniform policy and no longer requiring that employees wear specific clothes based on their gender. —Chloe Taylor

Tick tock. A post-pandemic mental health time bomb is going to refuel the Great Reshuffle, according to a survey from recruitment company Robert Walters. About 27% of white-collar workers say they would quit and look for new jobs if their employer didn’t do a better job of addressing their mental health needs. —Chloe Berger

Hunger Games behavior. Lyft is suspending all hiring in the U.S. through the end of the year. The company has canceled interviews with prospective employees, and current workers fear that layoffs are imminent. —Chloe Berger