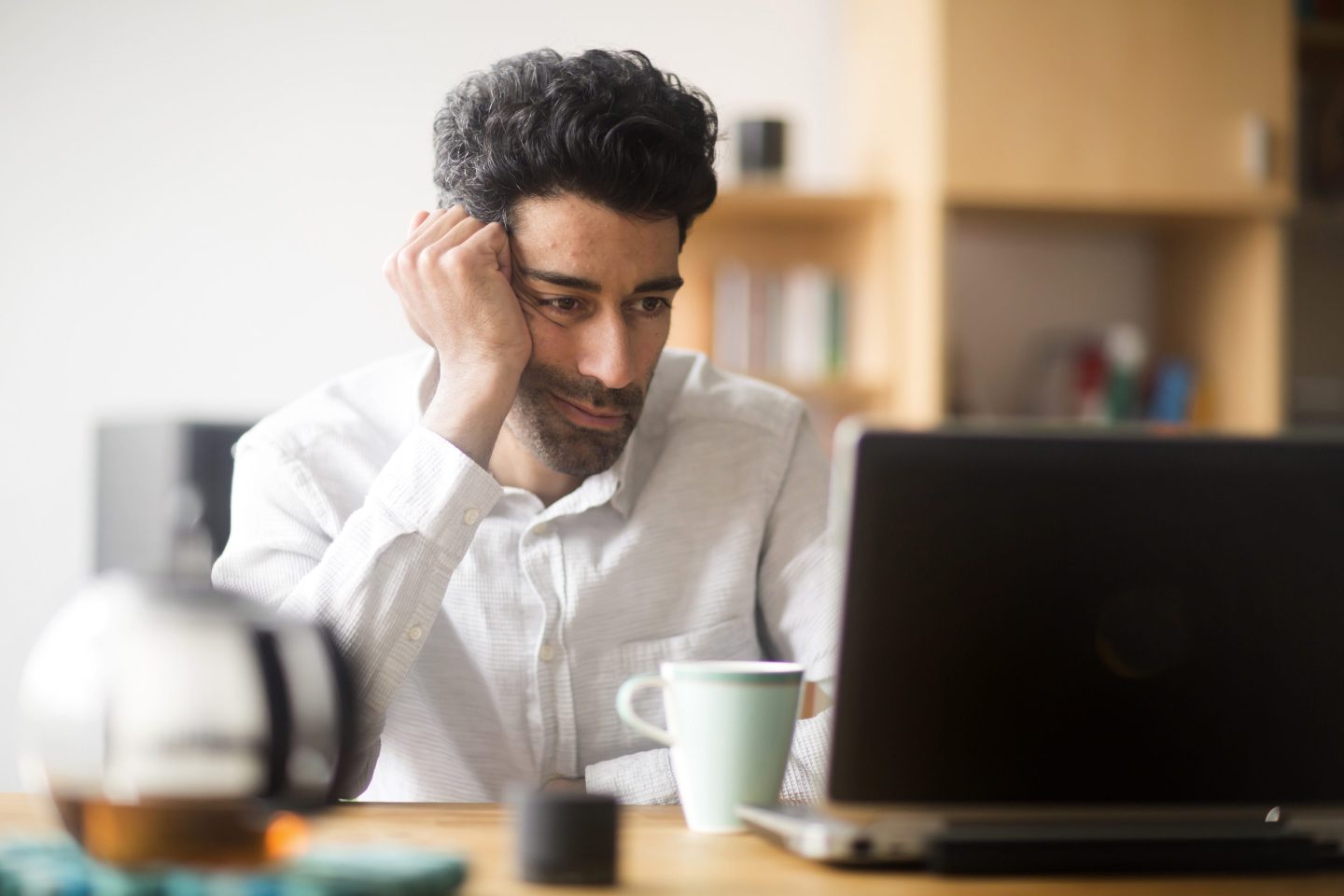 Employees are starting to feel isolated while working from home. It's leading to a mental-health timebomb
Westend61 — Getty Images

In the words of Timothée Chalamet, “It’s tough to be alive right now.”

The A-lister seems to be on the money. More than a quarter of white-collar workers (27%) said they were ‘very likely’ to quit their jobs soon if their employer didn’t start offering more guidance and compassion regarding their personal lives, according to a new survey of 6,000 American professionals by recruitment company Robert Walters. It found that a post-pandemic mental health “time bomb” is keeping the Great Reshuffle going.

Mental health hit a breaking point during the pandemic, as many workers struggled with record-high levels of stress and worked on the frontlines. Early research finds that COVID-19 exacerbated mental health conditions for many people. In today’s hybrid world, trying to find a new normal and way of work has created a different type of exhaustion for some workers.

“The pressure to ‘balance it all’ in a flexi-world—mixing our pre- and post-COVID behavior—is what is causing the general mental health fatigue,” said Chris Hickey, CEO of Robert Walters North America, in a press release.

One of the main pressure points affecting white-collar workers’ mental health is the isolation that can come with remote work, according to the survey. A quarter say that working remotely has negatively affected their mental health, citing loneliness, the blurred lines between work and life, and a poor workspace as a few factors. But an overwhelming majority of employees (at 89%) are hesitant to relinquish their ability to work from home, with half saying they want to maintain doing so at least one day a week.

At this point, employees are ready for bosses to step in with assistance and empathy. While some employers have changed their benefits to better address mental health, many younger workers still feel stressed and think their company doesn’t care about their well-being.

“The crucial act here is for employers to listen and play an active role in alleviating some of the personal issues in employees’ lives before they reach that irreversible ‘crisis’ point,” Hickey says.

It’s not just mental health leading professionals out the door. So, too, is the desire for greater pay in order to keep up with the cost of living and the quest for a mission-aligned company.

Workers are also drawing a hard line in the sand on their paycheck. As 40-year-high inflation plagues the economy, salary and good wages have become chief in a list of concerns. Compensation simply isn’t keeping up with the current cost of living; even workers who did receive raises often didn’t see a high enough bump to outpace inflation. It’s even more difficult for younger generations who don’t have savings built up.

Robert Walters warns that if companies fail to address mental health, purpose, and proper pay, they run the risk of losing even more workers.