You’re getting what Gen Z wants at work all wrong. Most would take a pay bump over WFH any day 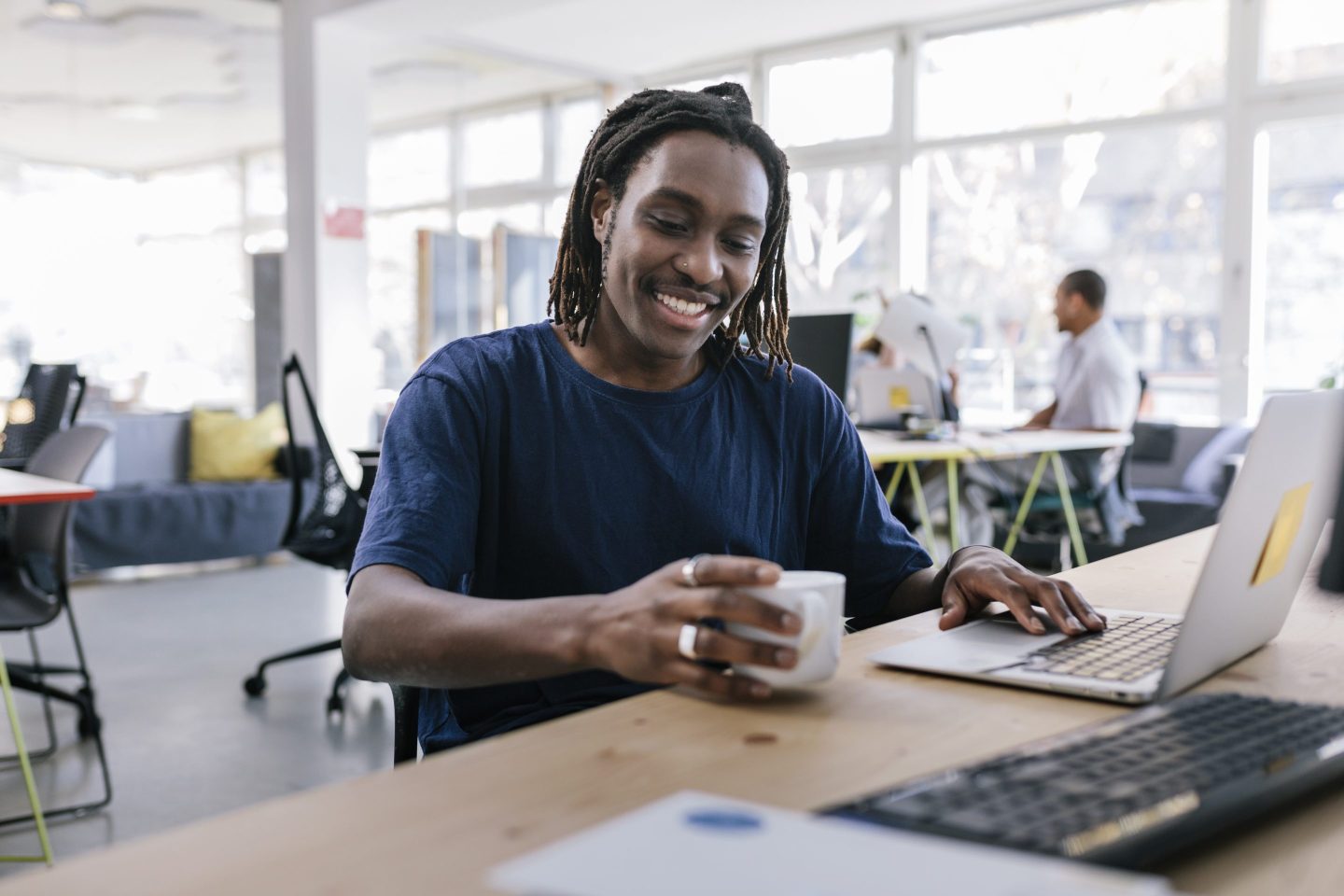 What does Gen Z want at work? More money.

Sometimes, I decide tomorrow will be the day I go into the office. I’ll get up early, make coffee, look for my one work shirt, grab a bagel, and take the train all the way to Fortune’s office in Manhattan’s Financial District.

But that’s often more a dream than reality. Because the next morning, I roll over and repeatedly press snooze, deciding in a sleep-induced haze it’s not the day for a 6:00 a.m. wake-up call.

While I love to escape my tiny apartment and see co-workers, it’s also hard to part with my work-from-home routine of leisurely making my own coffee, breaking for a walk in the park, and blasting music while I work.

But what I like most is that I have the choice to decide which of these worlds I want to live in each day. As a 24-year-old who graduated college in 2020, I entered the traditional corporate world while everyone was figuring out Zoom. I’ve never seen a bustling office, but I’m not sure that’s what my dreams are made of.

My behavior isn’t unlike that of my Gen Z peers, who seem to prioritize flexibility over everything. Nearly half of Gen Z workers said in an Axios Harris Poll they’d take a pay cut to work for a more flexible company. And three-fourths of Gen Zers say workplace flexibility is the top benefit they’re searching for.

But these studies seem to miss the undercurrent of anxiety as workers deal with increasing economic instability and the soaring cost of living. The oldest of us Gen Zers are in the workforce, paying rent, and possibly entering our second recession as adults. As inflation rises, milestones like buying a house and even renting an apartment begin to seem impossible. In this climate, you have to reach a certain level of livable wage to not prioritize pay.

As much as I love workplace flexibility, salary is what pays the bills. Higher pay is enough to motivate me back into the office, and I’m not the only one who feels this way: About half of Gen Zers report that they’d want to be paid 20% or more than market rate to come into the office full-time, according to a survey of new grads from the Muse.

The quest for more money is partly why entry-level workers have started job hopping. The number one reason that Gen Z said they’d leave their job in a TalentLMS survey was for a better salary. Pay was the top motivator for both Gen Z and millennials quitting their jobs in the past two years, per a recent Deloitte report.

As the Great Resignation continues to make the workplace a continuous revolving door, money—not flexibility—can be the ultimate factor in why a young employee decides to leave or stay.

Coming of age during climate change and entering the workforce during a pandemic created a larger sense of existentialism for my generation. And given that remote work is all most of us young office workers have experienced, we don’t know anything other than flexibility. These mentalities destabilized the idea of a dream job and created communities like the anti-work movement, in which younger individuals try to distance themselves from an identity entirely defined by work.

It’s made Gen Z value driven in the workplace, Jason Dorsey, president of The Center for Generational Kinetics, found through his research. He tells Fortune it’s why Gen Z seeks better hours, less stressful jobs, or work that aligns more with our personal missions.

But because their identity starts outside of work, many Gen Zers have no problem walking away from a job that offers these ideals if the pay doesn’t line up; it’s a contrast from millennials, who came into their own career trajectories during the now fallen #Girlboss era and associated their worth with their jobs.

“Gen Z workers expect proper compensation for the work they do, as well as a certain level of mutual respect from their employers,” Jack Ching, a 21-year-old student and content creator, told Fortune. “These may be the same things that other generations want as well, but I believe Gen Z are less willing to give them up for the sake of having a job, especially an entry-level job.”

Being loyal to one job forever has become as outdated as Facebook, arguably beginning with millennials after the Great Recession. Gen Z took it a step further after seeing mass layoffs when the pandemic hit; now, job hopping is strongest among Gen Z workers. Financial pragmatism is leading the trend, as Gen Z ‘trades up’ “to jobs that pay more money as well as better fit their desired lifestyle,” Dorsey says.

That’s the case for DeAndre Brown, a 22-year-old Citibank employee and TikToker who makes Gen Z work content and says he prefers pay over flexibility.“As a young adult that is a year out of college, I enjoy the experience of having money and also knowing that I am well paid for the service I provide at my place of work,” he tells Fortune.

A generation nervous about the economy prioritizes pay

Graduating into the coronavirus recession, my peers and I came face-to-face with the worst job market since the Great Depression during a time when a show called Tiger King ruled supreme for a month too long.

It was enough to even make the post-2020 Gen Z graduates who entered a stronger job market wary of layoffs. And dealing with inflation without the time to accumulate a safety net makes what millennials call “adulting” more difficult than anticipated.

It’s why Dorsey says Gen Z is now seeking higher paying jobs in an economy with an unemployment rate of 3.6%, nearly the lowest it’s been since the 1970s. “Gen Z has placed much greater emphasis on starting salary than they did pre-pandemic—and this is compared to all other workplace benefits that could be offered,” he explains.

As possibilities of a recession loom, money becomes more vital and flexibility becomes the cherry on top of proper pay. Employees typically bargain for working from home once they reach their personal salary threshold, Jerry Lee, COO of Wonsulting, tells Fortune.

Lee adds that if he was asked to prioritize pay or flexibility right out of college he would have chosen compensation; but after reaching a $120,000 annual salary, he realized that every dollar didn’t impact his life satisfaction and started thinking of flexibility. Considering that most Gen Zers likely aren’t raking in six figures yet since they’re early on in their career, it stands to reason that pay is a top priority.

To be fair, flexibility is still important and not everyone would sacrifice it over pay. Akhila Satish, CEO of Meseekna, has a contradictory view: “Younger employees generally prioritize flexibility in my experience, and as they get older they care more about stability and higher pay,” she says.

But Brown, the Citibank TikToker, believes some young workers put flexibility first because they don’t know they can ask for both and aren’t bold enough to set boundaries.

“A lot of people do not realize how much power they truly have during an interview phase of a job,” he continues, pointing out that sometimes younger applicants get too eager and choose a job that only serves one priority.

As someone only taking care of myself and my dying succulents, I certainly don’t need flexibility as much as a working parent. Working from home can be nice for this late-riser, but if a recession comes and it’s down to a choice, many Gen Zers will probably give up working remotely for the right pay. I know I would.