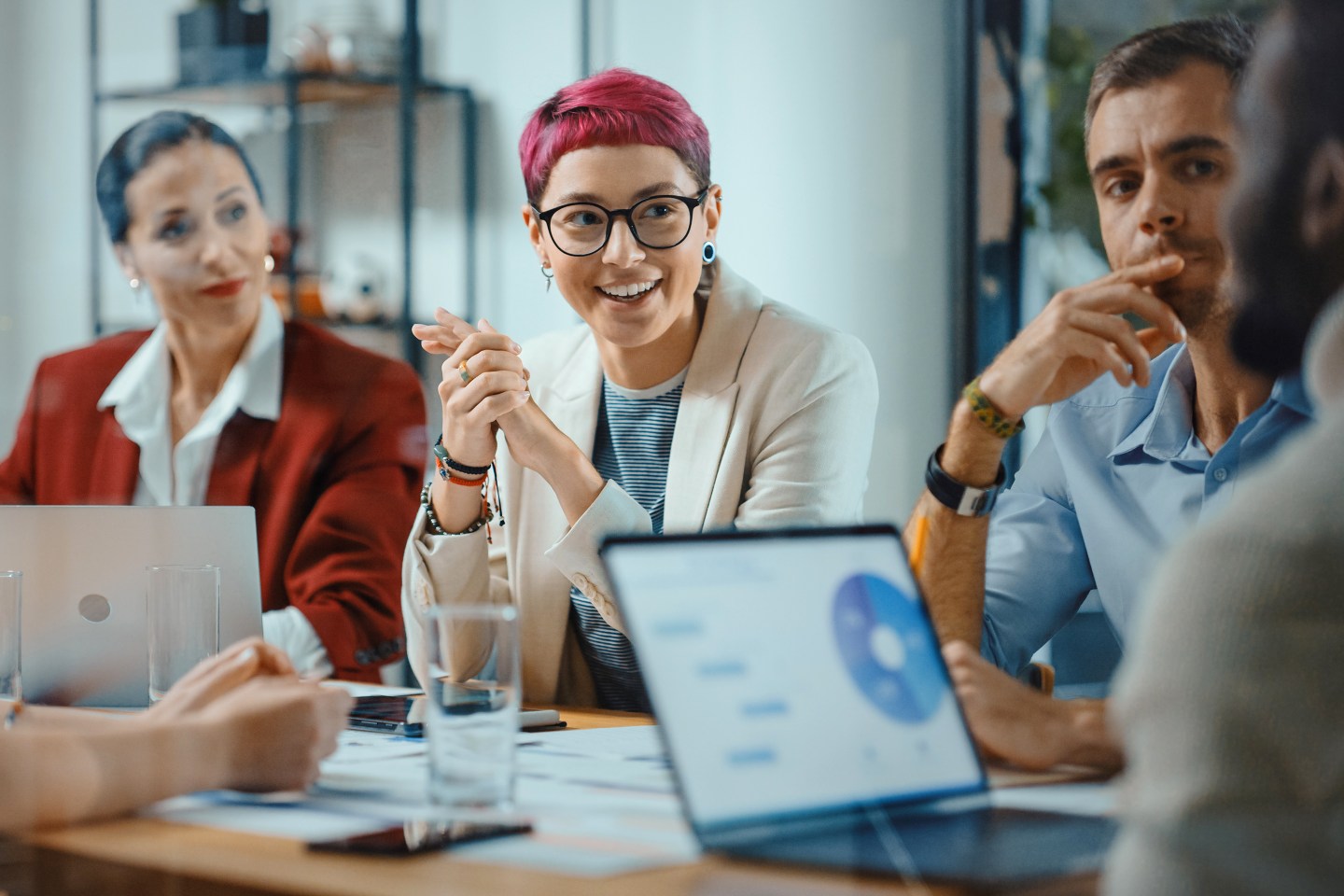 A new report shows that generational preferences in job expectations are not as different as they seem.
Getty Images

The stereotype goes that Gen Z employees are notoriously loud about wanting better working conditions than previous generations. They demand higher pay and more flexibility—just look at all the viral TikToks of young adults playing on these assumptions with overly casual Gen Z personas.

These complaints about a younger generation’s workplace attitudes might sound eerily familiar. They’re not new, simply look to past coverage to see many, many takes on how millennial employees were lazy and entitled.

DeAndre Brown, a 22-year-old viral content creator and employee in consumer banking at CitiBank pushes back against the idea that Gen Z workers are more entitled other generations. They’re just more direct about what they want, he says.

“I wouldn’t necessarily say that as a Gen Z [worker], we’re spoiled. I just say that we’re doing what everyone else should have been doing a long time ago: setting strict boundaries at work,” he says. Brown’s videos are most popular among the 18-35 age group, and he says that millennials are quick to remind him that they paved the way for this new generation’s boldness.

But it’s not just Gen Z who want more from their employer. A recent survey from Oyster on employee priorities found that all generations in the workforce have high expectations, especially right now as The Great Resignation has given workers an upper hand.

We’re not so different after all

Oyster’s survey points to a new shift in attitudes toward work, says Tony Jamous, CEO and cofounder of Oyster.

“What happened in the last two years is this kind of recalibration of what work is in our life. A lot of us have realized that actually, our life is not all work,” Jamous says.

Across generations, the priorities were largely similar, with employees valuing regular pay raises above all (at 87.2% for Gen Z workers, 90.5% for Millennials, and 91.4% for Gen X employees). The second most important factor for workers is flexible working hours, and the third priority is the ability to work remotely.

Jack Ching, a 21-year-old college student who posts TikToks about Gen Z employees to an audience of more than 1 million, says that he thinks the only generational difference between Gen Z employees and other workers is that they are less willing to give up their priorities for an underpaying job.

“Gen Z workers expect proper compensation for the work they do, as well as a certain level of mutual respect from their employers. These may be the same things that other generations want as well, but I believe Gen Z are less willing to give them up for the sake of having a job, especially an entry-level job,” he says.

While Oyster’s survey shows that all generations desire good pay, Gen Z employees are currently at the bottom rung of the corporate world—and likely earning the least—which might be why they’re more likely to be louder about their priorities.

The issue of fair compensation is a big issue for Gen Z workers who are often in entry-level positions, says Ching, adding that these young employees are more vocal about the the emotional toll of working in positions with demanding customers and meager pay.

Brown also thinks this misconception about Gen Z having higher expectations is because younger generations are more comfortable sharing their experiences online.

“I don’t think Gen Z wants more than others,” Brown says. “In fact, we want the exact same things as other generations. However, due to the internet, we have become way more vocal about it since we have the potential to reach a large audience.”

Where Gen Z stands apart from the crowd

When talking about his own career priorities, Brown echoes the findings of the Oyster survey. He lists money as his top priority and then work-life balance. As a self-described double-minority, he also wants to work for a company that values diversity. He knows he’s not alone in this desire—just look at the comment section of his TikTok videos.

When asked about an ideal company, respondents across generations valued work-life balance the most and put working culture second. Oyster’s definition of “working culture” is when employees feel broadly supported by their company.

Brown thinks Gen Z workers are so vocal about their priorities because they feel they are vulnerable, and they think most companies consider their workforce to be disposable. Brown says his grandma worked at one company her entire career, but he argues this kind of workplace loyalty no longer exists.

“Companies have made it clear that we’re just replaceable,” he says, and if they need to lay people off, it’s more likely that Gen Z are the first to go. That’s changed how Gen Z views work. “In the past, it’s more that you’re working for the company and now [Gen Z] has an approach where the company is working for us.”