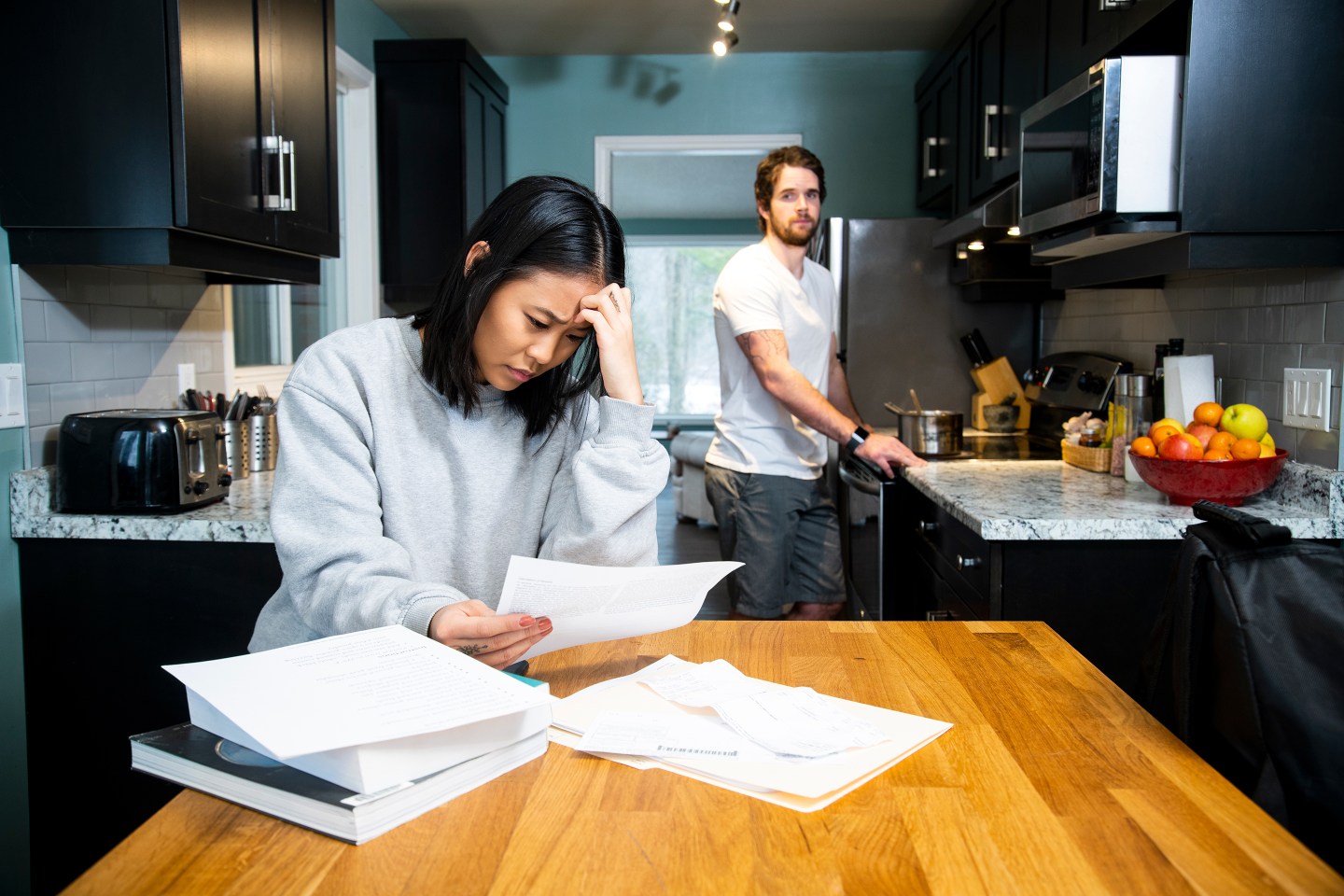 Gen Z and millennials feel they’ll never be able to afford what they want in life.
Getty Images

For all their differences, back-to-back generations Gen Z and millennials agree on one thing: They believe they’ll never be able to afford most of the things they want most in life.

That grim outlook comes from a recent survey by mobile banking app Dave and Harris Poll, which found that 61% of millennial and Gen Z respondents reported a lack of confidence about affording their dream future. The poll surveyed over 1,000 Americans ages 18 to 41.

The findings echo Morning Consult’s Q1 2022 State of Consumer Banking and Payments report, released in January, which found that nearly half of millennials felt their money situation would keep them from getting what they want in life. Thirty-eight percent of millennials reported frequently feeling behind on their finances—about 13 percentage points higher than the average U.S. adult who feels similarly.

Gen Z is right behind. Both they and millennials graduated into vastly different yet similarly brutal economic climates for young workers—and both are experiencing inflation for the first time. Three-quarters reported feeling as though they’re just getting by financially. Millennials are more likely to believe the money they currently have or plan to save won’t last (50%) compared to Gen Z (35%).

That adds up; graduating and entering the workforce during a historic recession posed an ongoing roadblock between millennials and their ability to build wealth. Over the past decade and a half, the generation has faced soaring home prices, stagnant wage growth, and crushing student loan debt.

Things aren’t much better for Gen Z, the oldest of whom went into quarantine less than a year after graduating college. While they are roundly winning the job market at present, that relative safety net was a long time coming; at the beginning of the pandemic, job losses hit the youngest workers the hardest.

Inflation is only compounding matters by consistently hurting younger people—those with the least amount of income and savings—the most. In the near term, over half of the Dave and Harris Poll survey respondents (53%) said they’d likely forgo big-ticket plans, like vacationing or attending weddings or family reunions, because of rising inflation. And for those that are still planning to vacation—about six in 10 respondents—42% said they’re only able to do so by stretching their budget or going into debt.

“Everyone is experiencing rising inflation; everyone has seen what supply-chain constraints are doing; but these generations have been having these concerns over the last few years,” Michele Parmelee, Deloitte’s global deputy CEO and chief people and purpose officer, told Fortune in May, on the heels of a Deloitte report finding that nearly half of Gen Z and millennials live paycheck to paycheck.

To stave off financial disaster, these workers are getting creative and working side jobs. As Ted Rossman, a senior industry analyst at Bankrate, told Fortune at the time, “Working extra hours just to make ends meet feels like a negative story about inflation and represents a difficult situation.”