Gen Z is over corporate America, ladder climbing, and ‘practicality’: How the pandemic is reshaping Zoomers’ career ambitions 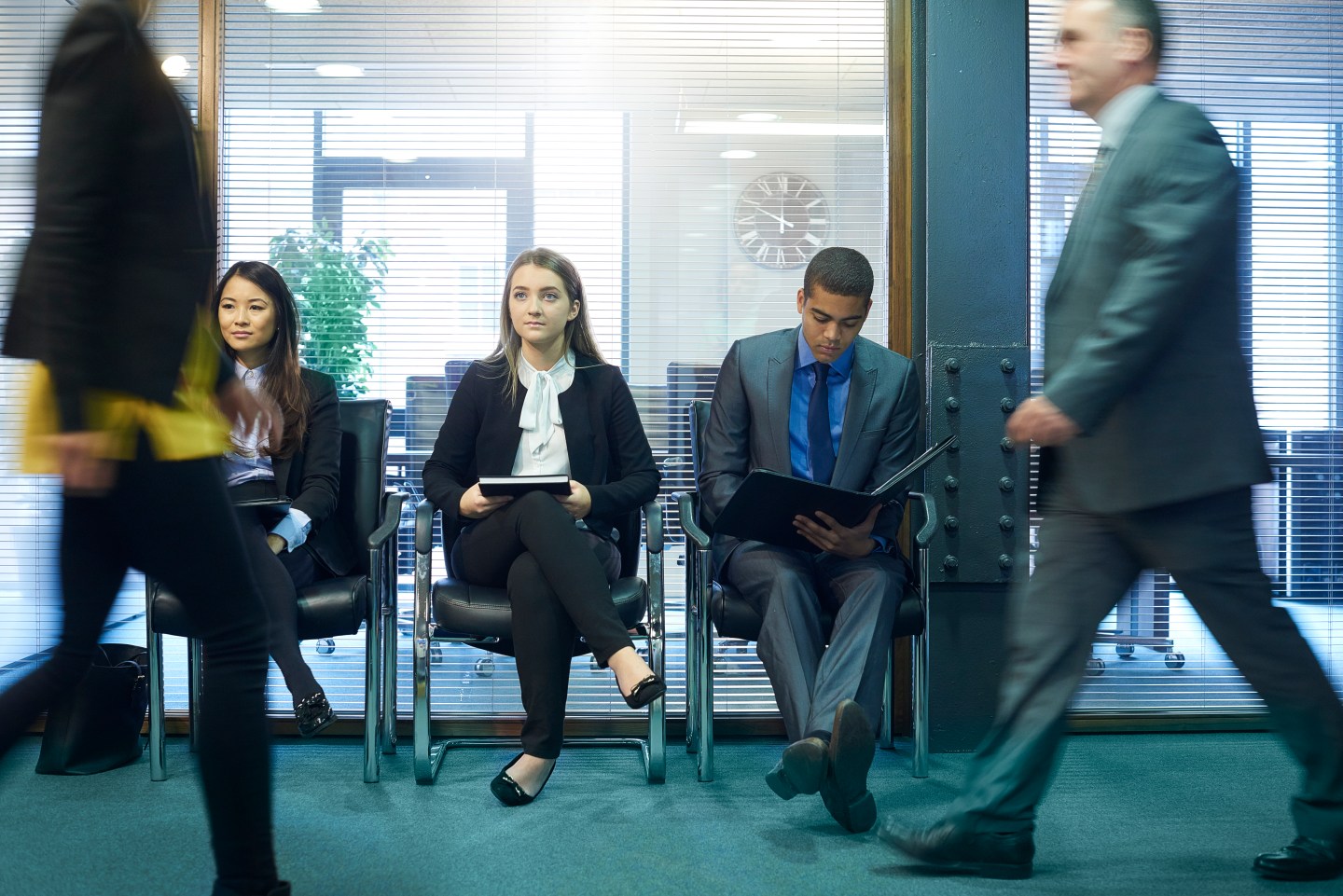 The pandemic has many in Gen Z rethinking their career plans and priorities.
Getty Images

Mona Lee, a senior at UCLA, was getting ready for the end of her quarter of classes when the pandemic hit in March 2020. “We’re all sitting there trying to study for our finals, but really panicking about what’s happening with our lives,” she recalls.

Lee was a sophomore when the spread of COVID closed down UCLA and other college campuses around the country (she’s back at school now). She describes her pre-pandemic self as motivated, hardworking, and focused on ensuring she’d get a good job after college. But that version of Lee—and the dreams she had for her future—were thwarted in mere days. She had a single day to pack up her dorm room and return to her childhood bedroom: “It felt like I was back in high school,” she says.

Lee is one of the millions of U.S. teenagers and twentysomethings whose lives changed drastically during the pandemic, members of the much-discussed Gen Z. Many of the milestones that have long signified “coming of age” were forgone by a micro-generation of this cohort: High school and college students had to miss prom and graduation, and lost out on the experience of dorm living or moving into their first apartment. Many were taking classes online, not able to effectively build relationships with other students, or applying for and accepting first jobs online without meeting any of their colleagues. These shifts, a recent survey found, have impacted 13- to 24-year-old Americans’ ability to date, learn, socialize, and find work effectively—more so than for millennials or Gen X; a full 46% of Gen Z respondents said the pandemic has made pursuing their career or educational goals more difficult.

Zayn Singh, a 23-year-old graduate of Scripps College, couldn’t attend his graduation ceremony. Already a milestone, it would have been a particularly momentous occasion for him personally—he was chosen to address the class. “I would have been the first trans man speaker at commencement,” he says.

The loss of moments like the one Singh is mourning are, on an individual scale, painful. But the impact of living through a pandemic at such a critical stage of life—when young people are still forming their sense of self and vision for the future—will last much longer than a graduation ceremony. And there are already signs that the experience is changing the way those who are finishing up their scholastic lives and heading into the workforce see the future of their careers and professional aspirations.

There is a lot of conjecture about what Gen Z—the generation born in the late 1990s to 2010s—is and isn’t. They apparently spend a lot of time on TikTok. They are ready to do away with gender.  They are anxious and depressed at higher rates—and they are not afraid to talk about it. They comfortably—and to the chagrin of older colleagues—advocate for better work/life balance in their careers.

Of course, trend pieces invariably leave out the complexity of many Gen Z experiences. Like any generalization, generational clumping can tell us only so much—Gen Z, like the generations that came before them, contains multitudes. But what is true is that many in this cohort have been shaped by some of the most defining and traumatic developments in recent history: from being born in the years surrounding 9/11, to the growing normalization of school shootings, to the recognition that climate change is an existential threat, to graduating from high school or college during a deadly pandemic that has changed all of our lives, indefinitely.

Spending all that time in her childhood bedroom gave Lee, 21, the space to reflect on her priorities. As a computational biology major, she realized there was more to life than making herself employable. She decided to change her minor to Asian American studies. “I was going to minor in something more ‘practical,’” she recalls. “But then I think after the pandemic, I realized none of that really mattered.” While she has a job in consulting lined up postgraduation, she’s still contemplating what life means outside of her career: “I realized…there [is] more to life than just getting a job and making money.”

Kassandra Vargas, a 21-year-old student at the University of South Florida, went to college to major in criminology with plans to become a “crime scene investigator.” But the pandemic has made her rethink her career trajectory: She’s now focusing more on fashion and social media. “The aspiration to work for myself has also become important to me because, with the number of job losses that happened during the pandemic, it just shows that companies are willing to drop you in a second,” she notes.

Students graduating from college in the past two years are walking into a job market that is evolving: What started with layoffs, furloughs, and downsizing across industries—all of which hit Gen Z particularly hard—is now re-expanding. There are more available jobs than there are workers. We are amid the Great Resignation—the number of people quitting their jobs is at an all-time high—and even those who are sticking around aren’t happy about it. American workers are having what psychologist Anthony Klotz has called “pandemic epiphanies,” including profound realizations about the role that work plays in our life. Whether it’s deciding that a job isn’t worth facing potentially life-threatening conditions—or simply realizing the emotional cost of meeting expectations that they’ll be “on” all the time, employees are rethinking what is and isn’t an acceptable requirement of their paycheck.

What does all of this mean for young people in the earliest stages of starting or preparing for a career? Sophia Noto, a 24-year-old recent graduate of journalism school, said she isn’t experiencing the hot job market that’s being touted in the headlines. “I would say it impacted my ability to actually get a job, which I understand is the case for a lot of people who are graduating or have graduated during the pandemic,” she says. She’s been job hunting since August, and while she’s hopeful, “it is definitely a process that has been frustrating,” she notes.

Indeed, entry-level workers aren’t all reaping the same advantages that other employees are seeing in the current market. Many of the most valuable parts of early-career jobs happen in person: relationship-building, mentorship, or learning skills in real time. Asia Milia Ware, who at 25, sits on the cusp of the Gen Z/millennial line, says she was really worried the pandemic was dragging down her trajectory as an aspiring fashion writer; much of what she was covering required her to be out and about building relationships and attending events. “It felt like it was going to take me so much longer to grow in my career,” she says. She decided to make the best of the opportunity to dig deeper into her writing, but her concerns remain.

Singh, who missed his graduation ceremony, worked in cybersecurity immediately after college, but it didn’t feel right. “I realized that my whole course of study and job aspirations were more about what others wanted me to do and what others compared success to,” he says. He quickly felt burned out in his corporate job: “I felt more like I was just helping a company become richer while trying to climb a ladder I really didn’t want to climb.” Eventually, he quit and decided to head back to graduate school to study counseling and psychology.

It’s quite normal for students to change majors (the Department of Education reported at least 30% of undergrads did so in 2017) and for young workers to shift careers or jobs (at least four times before age 32, according to some estimates). But to couple the usual uncertainty of entering the workforce with a global event that has unmade our lives in unprecedented ways? That has created a new a layer of anxiety and stress—but perhaps also an opportunity to rethink how we’ve always done things. It’s exciting that a new generation is asking questions about our commitment to work; that they have an increased interest in justice and fairness; that they want to fight to make their own world and the world around them a better place.

What this means for the economy, for work, or any type of social safety net remains to be seen. While many college students are just trying to figure out what’s next, others are fully aware of the daunting and unprecedented situation they are in.