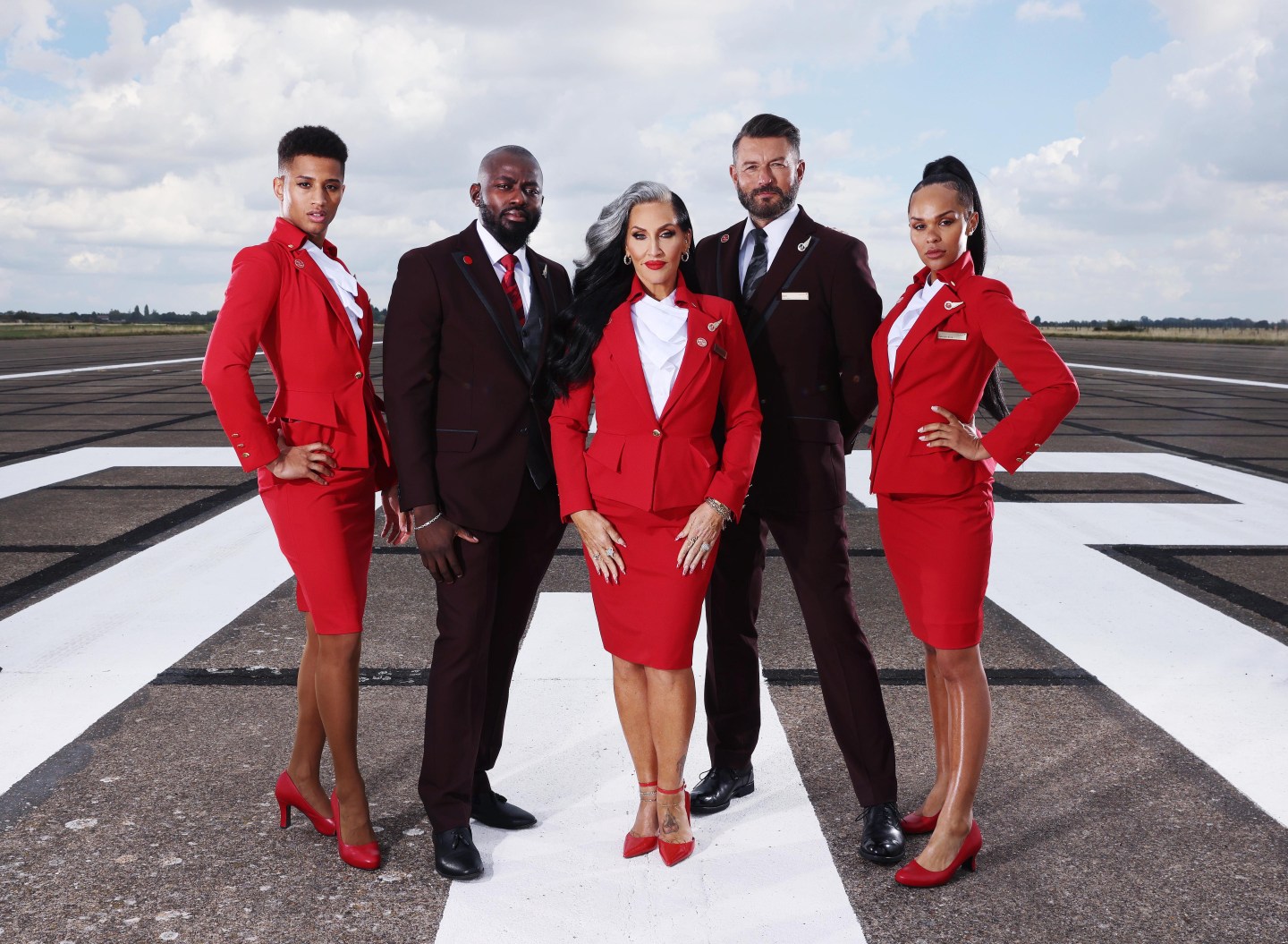 Virgin Atlantic is relaxing its uniform rules to allow staff to wear clothing at work that expresses their gender identity.
Virgin Atlantic

Forced gender conformity has no place in the skies, billionaire Richard Branson’s airline Virgin Atlantic is telling its staff.

The airline has changed its uniform policy to offer all members of staff have an option that’s right for them, “no matter their gender.”

From Wednesday on, cabin crew, ground staff, and pilots will no longer be required to wear clothing like skirts and pants based on their sex. Instead, Virgin Atlantic will let its employees choose between a red and a burgundy uniform, the former coming with pants, and the latter with skirts. Both uniforms were designed by Vivienne Westwood.

Virgin said it was taking a “fluid approach” to its uniform policy, allowing employees to “choose which of the uniforms best represents them—no matter their gender, gender identity, or gender expression.”

Alongside the uniform update, the company also unveiled plans to shake up the way it interacts with customers.

Virgin Atlantic will now be offering optional pronoun badges to both its staff and passengers, which the airline said “enables everyone to clearly communicate and be addressed by their pronouns.” The badges will display the wearer’s chosen pronouns, such as “she/her” or “they/them.”

Customers will be able to request their preferred badge when they check in for their flight, the company said.

On top of these changes, Virgin Atlantic also said Wednesday that it had updated its ticketing system to allow passport holders with gender-neutral gender markers to select “U” or “X” gender codes on their flight bookings. Customers would also be able to book flights under the neutral title “Mx,” as opposed to only being given the option to use gendered titles like “Mr.” and “Mrs.”

Many major U.S. airlines, including Delta, United, and JetBlue, already offer options like these. Back in 2019, Americans were given greater freedom to book flight tickets that reflected their gender identity after major trade bodies approved new standards for nonbinary passengers.

Allowing staff ‘to be their true selves’

Juha Jarvinen, Virgin Atlantic’s chief commercial officer, said in a statement on Wednesday that the company made the changes announced on Wednesday to “enable our people to embrace their individuality and be their true selves at work.”

Wednesday’s update builds on Virgin Atlantic’s existing trans inclusion policies, which allow time off for medical treatments relating to gender transition and give staff personal choice over which changing and shower facilities they use at work.

Its new rules on staff attire mark its latest move away from the industry’s typically conservative uniform policies.

In May, Virgin Atlantic said it was relaxing its tattoo policy for uniformed staff and would allow them to display most visible tattoos while on duty in a bid to allow its employees to express themselves at work.