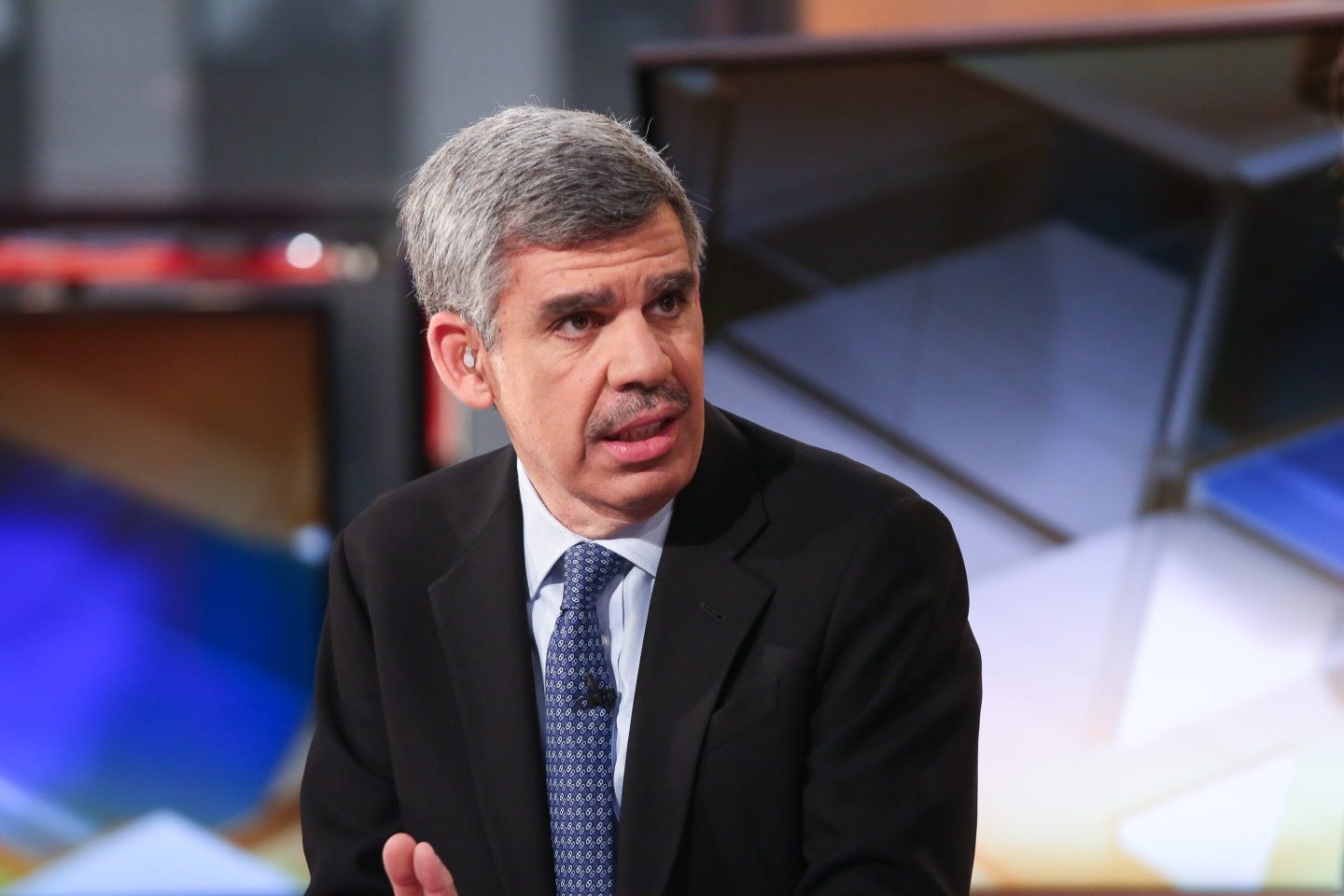 Mohamed El-Erian, Chief Economic Adviser of Allianz appears on a segment of "Mornings With Maria" with Maria Bartiromo on the FOX Business Network at FOX Studios on April 29, 2016 in New York City.
Rob Kim/Getty Images

The British pound, like most major currencies other than the dollar, has been under siege throughout 2022. And the situation deteriorated dramatically last week, when the U.K.’s new prime minister, Liz Truss, unveiled a spending plan to boost economic growth.

Investors fear the plan—which will require £45 billion in new debt, and includes the largest tax cuts seen in the U.K. in 50 years—will only serve to exacerbate inflation, undoing the work of the Bank of England’s interest rate hikes.

Despite a negative reaction from markets last week to the new fiscal measures, U.K. Chancellor of the Exchequer Kwasi Kwarteng said over the weekend that there’s “more to come” on tax cuts, sending the pound tumbling to a record low against the U.S. dollar on Monday.

The once-dominant pound sterling is now down more than 21% this year compared to the dollar, and it’s not the only foreign currency that’s struggling. The Japanese Yen is also down roughly 20% on the year vs. the dollar, while the Euro and the Thai baht are both down more than 15%.

The dollar has ruled the roost in 2022 amid the Federal Reserve’s aggressive interest rate hikes, Europe’s energy crisis, and China’s COVID lockdowns.

As Fortune previously reported, investors looking to protect their capital in these trying economic times see the greenback as a safe haven, because the U.S. economy is “the cleanest dirty shirt,” according to Eric Leve, chief investment officer of the wealth management firm Bailard.

But economists warn that the dollar’s strength can also be a nightmare for the global economy.

“What is clear is we have this relentless increase in yields, this relentless appreciation of the dollar. They are both bad news for corporates and for the economy,” Mohamed El-Erian, the president of Queens’ College at the University of Cambridge, told CNBC on Monday.

Echoing Leve’s comments, El-Erian explained that with “fires burning” all over the developing world—and now even in places like the U.K—the dollar is the currency of last resort for investors.

“The reason why this last leg up in the dollar is happening is because we are the safe haven and one consequence of that is our currency gets stronger,” he said.

This isn’t the first time that El-Erian has warned about the potentially disastrous implications of a rising U.S. dollar.

In a Sept. 6 Washington Post op-ed, El-Erian explained that a strong dollar can be a “mixed blessing.” On one hand, the strength of the greenback helps to reduce U.S. inflation, but at the same time, when the dollar remains persistently strong, it can bankrupt developing nations as their dollar-denominated debt costs soar.

That’s exactly what happened in the Latin American debt crisis of the 1980s. Developing nations in Central and South America amassed billions in dollar-denominated loans with low-interest rates throughout the 1970s. Then, when the U.S. raised interest rates dramatically to fight inflation beginning in1982, debt costs soared sparking a crisis that plunged Latin America into a “lost decade,” according to the Federal Reserve.

And El-Erian warns that a strong dollar can have a number of devastating effects outside of emerging market economies as well.

“The longer and higher the dollar soars above the rest, the greater the risk of more prolonged global stagflation, debt problems in the developing world, more restrictions on the free flow of goods across borders, greater political turmoil in fragile economies and greater geopolitical conflicts,” he wrote in his Washing Post op-ed.

On Monday, El-Erian also noted that the recent strength of the U.S. dollar only adds to three key paradigm shifts that have made for an “uncomfortably high probability” of a global recession.

The top economist broke down these shifts in his latest Bloomberg op-ed over the weekend.

First, he noted that central banks around the world have moved from supportive to restrictive policies practically in unison to counter inflation. Second, he explained that global economic growth is “slowing significantly” as the world’s three most important economies, the U.S., the E.U., and China, all continue to lose momentum.

And finally, he said that the process of globalization that helped bring about a deflationary trend worldwide over the past two-plus decades is now fading because of “persistent geopolitical tensions.”

In his interview with CNBC on Monday, the top economist explained that these paradigm shifts have only been made worse by government policies, and called on policymakers to stop adding to the volatility, hinting at the new U.K. tax cut and spending plan.

“It’s not just about the big paradigm shifts,” El-Erian said. “This is about governments and central banks being sources of volatility rather than volatility suppressors. They are adding to the volatility, that’s particularly clear with the government in the U.K., but also in the U.S. with the Fed…it is quite a mess in some of these markets and these are the main markets for the global economy.”