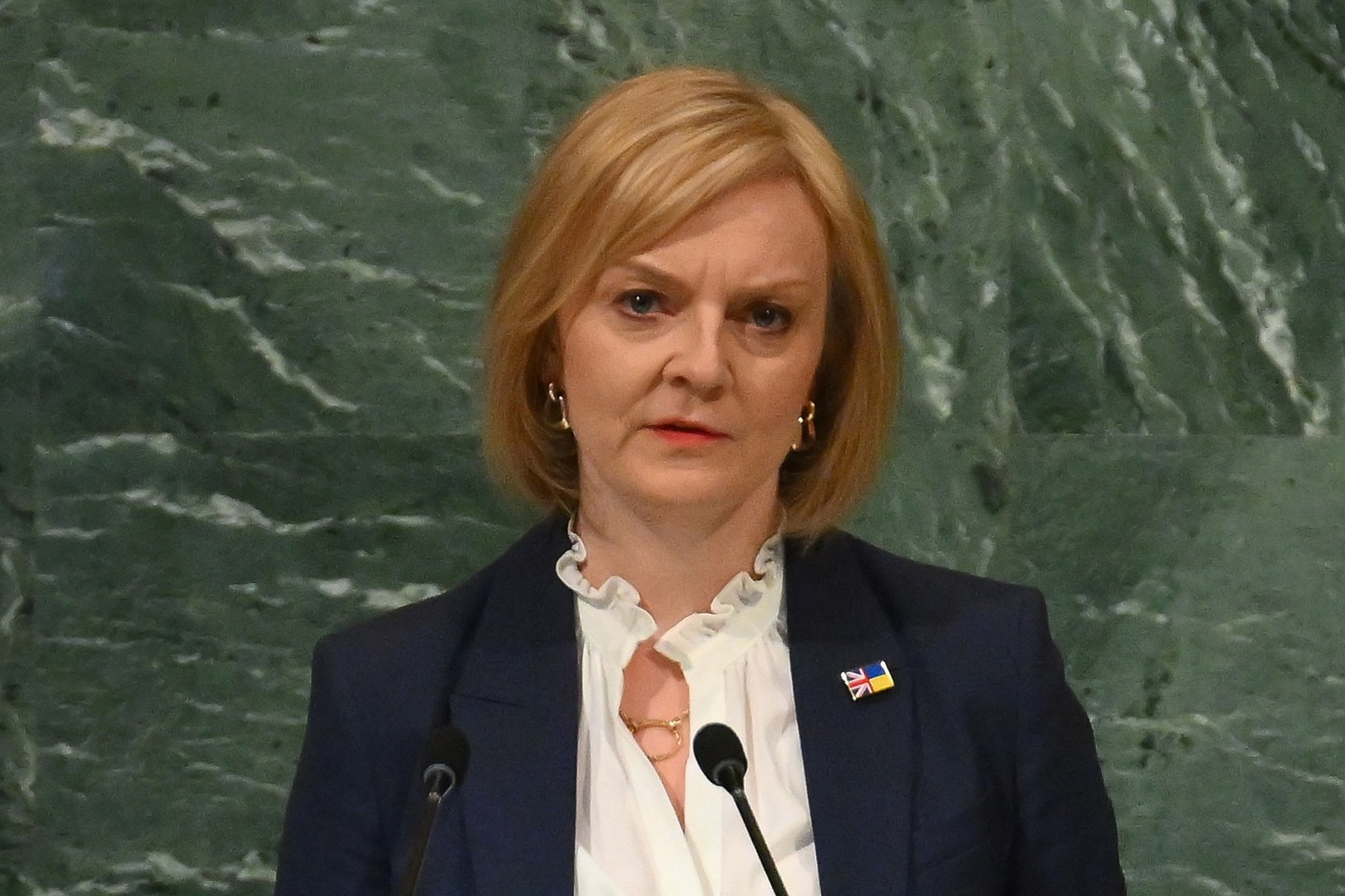 Early in her tenure, Liz Truss is having troubles with the market.
Angela Weiss—AFP/Getty Images

The selloff in UK assets went into overdrive on Monday, sending the pound to an all-time low, slamming government bonds and sparking talk of emergency action by the Bank of England.

The market mayhem extended the damage seen on Friday in the wake of the government’s new fiscal measures, which sent investors into a panic. The plunge in UK gilts sent 10-year yields above 4% for the first time since 2010. Sterling dropped to as low as $1.0350, taking it closer to parity with the dollar, though it subsequently pared its loss to $1.07.

The latest tumble—fueled by Chancellor Kwasi Kwarteng’s comment on Sunday that there’s “more to come” on tax cuts—prompted calls for aggressive rate hikes from the Bank of England, with some urging emergency action as soon as this week.

It’s also led to talk of a currency crisis and is threatening to engulf Prime Minister Liz Truss’s days-old administration in turmoil as the country grapples with a cost-of-living crisis and a recession.

“It would be foolish to rule out parity,” said Dean Turner, UK economist at UBS Private Banking. “If the market’s got the bit between its teeth, then fair value, or valuations or fundamentals are going to count for very little. The question for me is what can change in the course of the month which can change this loop and I don’t really see much on the horizon that can.”

Traders have ramped up bets on BOE rate increases, briefly pricing as much as 175 basis points of tightening by the next policy meeting in November. They see the key rate peaking at 6.25% by November 2023.

The swaps market is even pricing in a 25-basis point BOE rate hike today, according to Alvin Tan, head of Asia currency strategy at RBC Capital Markets, citing bets implied from the FX forwards curve.

A Bank of England spokesperson declined to comment on the exchange-rate moves.

The BOE previously tried to prop up the pound on Black Wednesday, using rate hikes and currency purchases when sterling crashed out of the Exchange Rate Mechanism, a system linking a number of European currencies. That defense, which took place 30 years ago this month, ultimately failed.

“We think that the BOE is too psychologically scarred from the events of 1992 to try defensive currency-related rate hikes,” said Chris Turner at ING. “What happens if the BOE hikes 300-500 basis points and GBP/USD ends up trading lower?”

Another option is direct currency intervention, but it doesn’t have enough reserves for a meaningful, sustained action.

The early-hours slump on Monday marked sterling’s biggest intraday drop since March 2020, when the then-nascent Covid-19 pandemic roiled markets worldwide. It lifted the odds on the currency hitting parity with the dollar to around 50% this year.

Meanwhile, 10-year yields rose 31 basis points to 4.14%, and the 5-year jumped 45 basis points to 4.53%. That will dramatically inflate the cost of the extra £400 billion ($430 billion) of borrowing the Resolution Foundation estimates is needed over the next five years to fund the growth plan.

“The pound’s crash is showing markets have a lack of confidence in the UK and that its financial strength is under siege,” said Jessica Amir, a strategist at Saxo Capital Markets in Sydney.

Gerard Lyons, an external adviser to Prime Minister Truss, acknowledged on Monday that the market had concerns about government policy. But he said that while Kwarteng should reassure investors, he shouldn’t reverse course.

“He needs to reaffirm that tax cuts are only part of the story, not the full story,” Lyons said on Bloomberg Radio. “What they’re following is a supply-side agenda.”

Truss will face a rebellion from Tory backbenchers against her tax cuts if the pound hits parity, the Telegraph reported Saturday.

The opposition Labour Party—already enjoying a comfortable lead in the polls—is seeking to capitalize on the policy gulf that’s opened up with the Tories at its annual conference, which began in Liverpool on Sunday.

“I expect there could be a significant rate hike out of cycle coming,” said Rajeev De Mello, portfolio manager at GAMA Asset Management in Geneva, who has short positions on the pound. “It’s about rolling out the the macro guns to protect your currency. They’ll have to do something. Parity would of course be something to look at now.”

–With assistance from Matthew Burgess, Tania Chen and James Hirai.