Wall Street thinks Adobe overpaid for Figma. Why company officials are confident in their $20 billion purchase 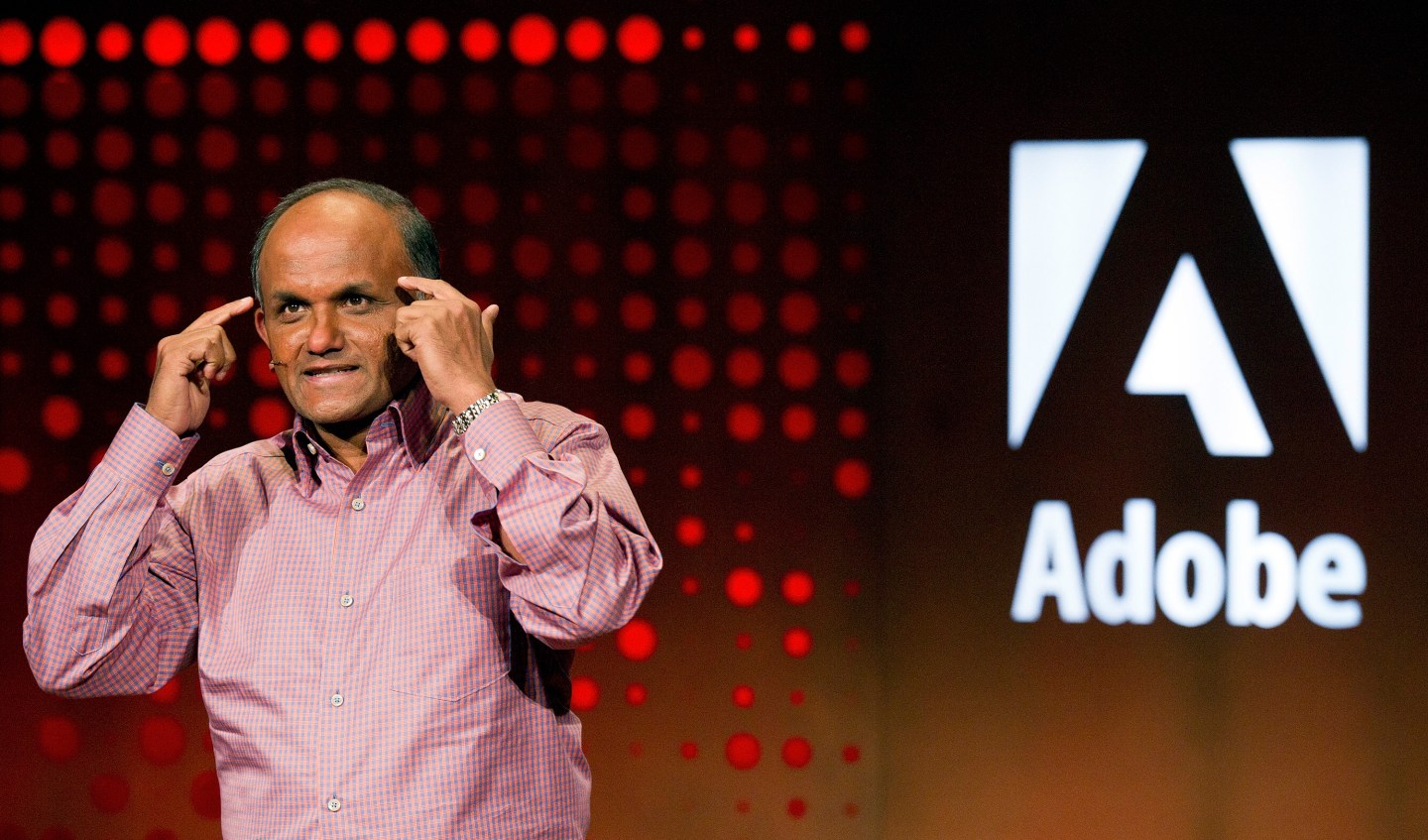 Nearly a decade ago, Brown University student Dylan Field made a big bet on himself. The college junior dropped out of the Ivy League school after earning a $100,000, Peter Thiel-sponsored fellowship to chase his entrepreneurial dreams.

Field made the most of his opportunity, and now it’s on Figma’s buyer, software giant Adobe, to carry the entrepreneurial mantle.

The enormous price tag for Figma, a company that’s expected to gross just $400 million in revenue this year, marks a massive bet by Adobe that it can maximize Figma’s potential through direct sales and integration with its suite of legacy products. Such a task will require some added ingenuity from Adobe, a Silicon Valley mainstay that has steadily, if a bit unspectacularly, chugged along the past few years.

Adobe officials acknowledged as much Thursday during an earnings call that doubled as an unveiling of the deal. Company executives praised Figma for its solid financials—a projected doubling of revenue this year, 90% margins, positive cash flow—but spent much of their time envisioning the possibilities for collaboration.

“The combination will accelerate top-line growth for both Adobe and Figma based on three primary drivers,” Adobe CFO Dan Durn said. “One, we extend Figma’s reach to our customers and through our global go-to-market footprint. Two, Figma accelerates the delivery of new Adobe offerings on the web to the next generation of users. And three, we jointly introduce new offerings to market as we unlock the possibilities of collaborative creativity.”

Investors didn’t have to strain to envision a simpatico marriage between the two companies.

Adobe can simply absorb Figma’s burgeoning enterprise business, which counts Microsoft, Google, and Salesforce among its clients. In doing so, Adobe eliminates a fast-rising competitor (we’ll see if antitrust regulators make any hay out of that) and acquires a hip product for its well-established customer base.

“While we think the acquisition makes strategic sense, let’s be honest: it feels like Adobe was losing some momentum to Figma and it was better to buy them out and combine forces versus allowing them to create a bigger beachhead in the enterprise,” Evercore ISI analyst Kirk Materne wrote in a research note, according to MarketWatch.

More importantly, Figma’s cloud-based editing tool syncs well with Adobe’s mainstay subscription-based applications, including Photoshop, Acrobat, and Illustrator, upping the value of those products. While Adobe’s revenue growth is nothing to sneeze at—about 22% on average annually over the past five years—a sizable chunk is attributable to corporate acquisitions as opposed to improved product sales.

The question, however, is whether a middle-aged outfit like Adobe can squeeze enough out of Figma to justify the $20 billion cost.

So far, Wall Street isn’t optimistic. Adobe shares tumbled 17% Thursday, the company’s largest single-day drop in 12 years, and slid another 5% in mid-day trading Friday. The 50-times revenue multiple most spooked investors who worry that Adobe is overpaying for Figma, particularly given the cold tech acquisition market. For comparison, Salesforce paid a 31-times multiple for Slack in 2021, a period of rampant tech acquisitions.

To that, Durn pointed to Figma’s untapped potential as validation for the purchase.

“This is an explosive growth company,” Durn said in an interview with Barron’s. “You are paying for what they are going to do, not what they’ve done … We will accelerate that trajectory and redefine the future of work. It will be transformative.”

It better be. Otherwise the Figma deal could very well blow up in Adobe’s face.

Eating them alive. An online hacker wreaked havoc Thursday at Uber, where employees reported receiving obscene messages on internal websites and a purported assailant claimed to have access to multiple company systems. Uber officials have not confirmed the extent of the breach, though employees were told Thursday afternoon to stop using Slack and other internal programs. A security engineer who claimed to be in contact with the hacker told The New York Times that the cyberattack looked like “a total compromise.”

Trying to make friends. A high-ranking Chinese government official called for more collaboration with South Korea on advanced technology and supply chains during a rare trip to Seoul, The Associated Press reported. The visit by Li Zhanshu, the third-ranking member of the Chinese Communist Party, underscored the republic’s desire to strengthen alliances in response to several recent moves by President Joe Biden’s administration, which has curbed exports of cutting-edge semiconductors and pushed policies designed to limit investment in China. South Korea is trying to balance the rising geopolitical tensions between China, its biggest trading partner, and the U.S., its best collaborator on tech-related investments.

Still needing clarity. U.S. government officials issued several reports Friday that outlined risks associated with digital assets, though they declined to answer several key questions that have led to confusion about cryptocurrency regulation, CoinDesk reported. Multiple federal agencies detailed their concerns with the proliferation of volatile cryptocurrencies and the need for strong enforcement of existing rules, but they did not clarify which digital assets should be considered securities or commodities. The series of reports came in response to an executive order signed in March by President Joe Biden, directing the federal government to analyze the digital assets ecosystem.

Getting more creative. YouTube creators will soon be able to make money off ads from the company’s short-form video platform and earn revenue off of smaller subscriber bases, The New York Times reported Thursday, citing an internal audio recording and sources familiar with the matter. The changes are designed to keep YouTube Shorts competitive with TikTok in the race to attract and retain creators who drive valuable traffic on the sites. Creators will receive 45% of ad revenues from YouTube Shorts, below the 55% rate for ads accompanying videos on YouTube’s traditional platform.

Reeling from low satisfaction. As TikTok and YouTube clamor for the services of in-demand video creators, Instagram is at risk of becoming a third wheel—and the Meta unit knows it. The Information reported Thursday that a recent memo penned by Instagram CEO Adam Mosseri outlines the platform’s poor recruitment of creators, whose videos have helped the two competitors race ahead in the mobile video battle. Mosseri wrote that surveys of creators revealed Instagram trails TikTok and YouTube “on all the dimensions that are most important to creator satisfaction,” including reach and perceptions of algorithm fairness. While Instagram remains the top destination for creators, TikTok and YouTube are eating into its market share.

Keeping the digital stars who make short videos happy is vital for Instagram. While Instagram has been popular with creators—unlike its sibling app, Facebook, which has struggled to draw creators—TikTok is undercutting its relevancy. TikTok, a ByteDance-owned app, has exploded in popularity in recent years, and its short-form videos generate more original content and engagement than Instagram’s version, Reels.

A big risk is that creators will make less content for the platform and spend more time producing videos for TikTok simply because it generates more buzz. TikTok videos are frequently cited and reposted across social media. According to The Wall Street Journal, this migration of influencers may already be happening.

After Adobe agrees to a $20B acquisition, Figma’s earliest investors detail the path to exit, by Jessica Mathews

Etsy’s CHRO is recruiting internally to fix the leaky pipeline: ‘We’ve invested a lot in finding this talent’, by Amber Burton and Paolo Confino

Ethereum pulled off the Merge. Now what?, by Jeff John Roberts

Your office may have dropped its COVID safety measures, but these 4 strategies will help lower your risk of getting sick at work, by Dana G. Smith

Time to huddle up. Amazon officials won’t be doing a touchdown dance after Thursday’s landmark broadcast of a National Football League game, but they won’t moping in the locker room, either. The company’s first exclusive streaming of the NFL produced some highs and lows, with viewers delivering mixed reviews, as Yahoo! Sports summarized well. Some football fans gushed about the crystal clear video quality and multiple viewing options provided by Amazon. Others grumbled about buffering problems (myself included), poor audio mixing, and a strangely listless performance from announcing duo Al Michaels and Kirk Herbstreit. Amazon will just have to take it one game at a time, execute better, get back to the fundamentals, and remember that there’s plenty of season left to play.