Uber employees are being barraged with obscene images in a major hack, and they’re worried their financial data may have been compromised 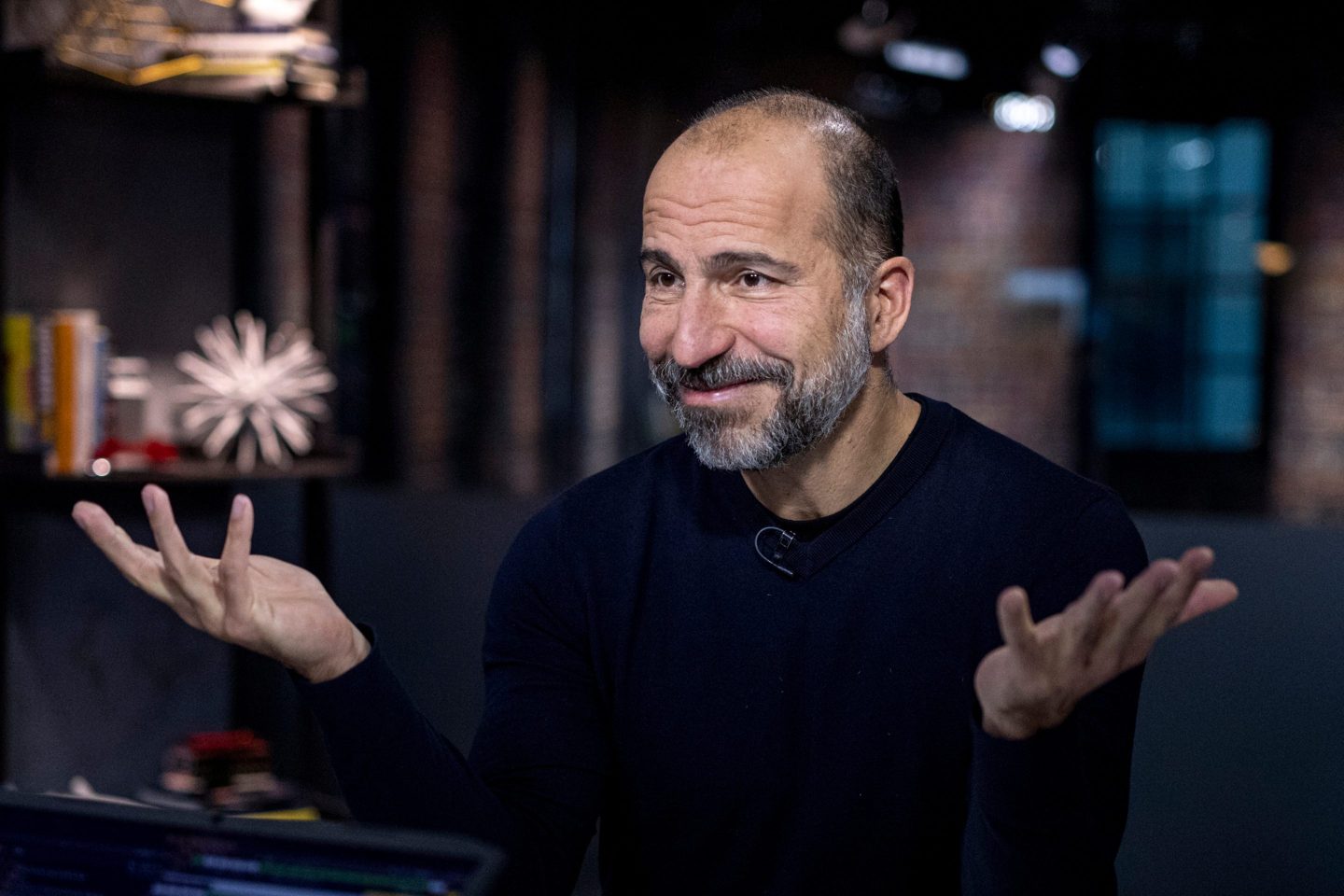 Dara Khosrowshahi, CEO of Uber, now in the process of investigating a systems breach that occurred on Sept. 15.
David Paul Morris—Bloomberg/Getty Images

An employee at Uber described scenes of chaos on Thursday night as the ride-hailing company’s computer systems were commandeered in a devastating hack that buffeted staffers with obscene images.

The breach occurred on Thursday afternoon and quickly rendered many of the company’s internal systems, including Slack messaging, unusable.

The employee told Fortune that upon opening a work laptop, all internal websites displayed a picture of an “erect penis” with the text “FUCK YOU DUMB WANKERS.”

Uber employees received automated text messages from the company around 3 p.m. Pacific Time on Thursday announcing that staff worldwide were being targeted in a phishing attack. A follow-up messaging told workers to “stop using Slack until further notice,” according to screenshots viewed by Fortune. The message informed staffers that the company was “working to resolve an issue and [would] send additional updates.”

The New York Times reported that a person claiming responsibility for the hack said they were 18 years old and had gained access to Uber’s systems by posing as an employee in the company’s IT department and tricking a staffer to reveal their password.

Several hours after Uber warned employees about the attack, staff still had no access to their systems, according to the employee Fortune spoke to. The employee said that colleagues were worried their personal information, including potential financial information, may have been accessed in the breach.

Some Uber employees were also upset because their colleagues apparently tried to engage with the hacker or hackers, taunting them on Slack rather than logging off as the company’s security alert instructed. Some Uber engineers wrote things like, “Can you take down Jira?” and “Can you fix this bug?” according to the employee.

People are “really angry” that some engineers are “still making jokes,” the source said.

An Uber representative did not immediately return a request for comment.