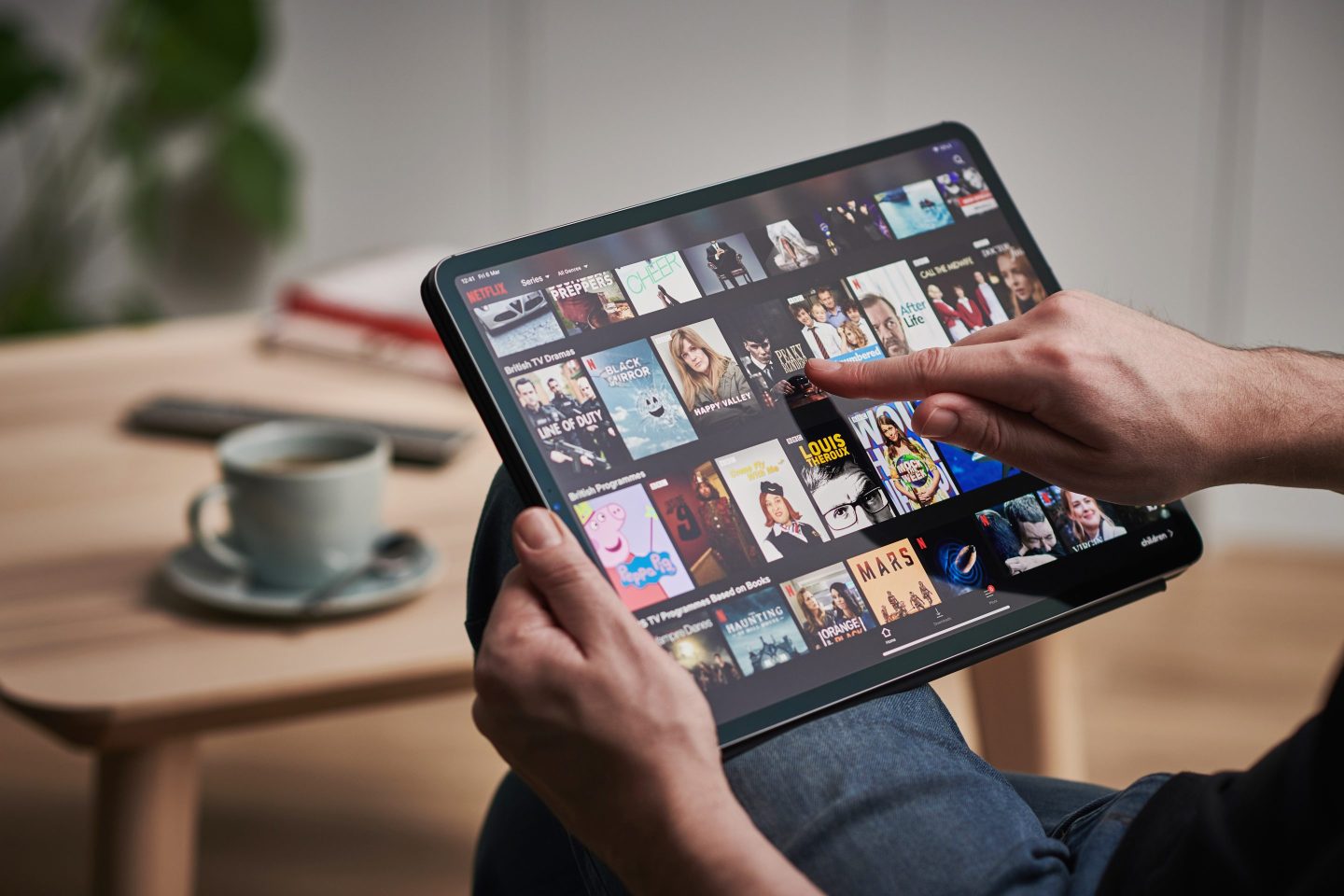 Detail of a mans hand scrolling through Netflix on an Apple iPad Pro, taken on March 6, 2020.
Phil Barker—Future Publishing/Getty Images

Netflix may have transformed the media landscape when it first rolled out its streaming platform in 2007, but on the heels of the video behemoth hemorrhaging millions of subscribers, it has had to shift with the times again—and now plans to introduce ads. Netflix laid off over 400 employees this year and is looking to cut costs in all levels of its production as its subscribers scatter to different video streaming competitors. By the fourth quarter of this year, Netflix will offer two tiers to new subscribers, one cheaper version with ads and one more expensive subscription that is your usual ad-free Netflix experience. While the move to introduce ads may be a tactic to avoid financial catastrophe, how the company’s stock will respond to the business strategy shift is an open question.

At research firm Jefferies, the reaction to the company’s advertisement-based video model is largely optimistic, yet due to the volatility in the market analysts there are staying neutral and giving the company a “hold” rating. “With sentiment focused on competitive slate, near term lack of growth, and a lot to prove, we don’t see investors turning positive until this ‘show-me’ stock proves itself,” Jeffries analysts wrote. Analysts added that the September quarter will be crucial in seeing if the streaming giant can really prove its new business model is worth the stock’s value.

However there are three possible scenarios for Netflix’s stock based on their projection model. In Jefferies’ base case, analysts project that the Netflix’s stock will be up 5% to $230 per share in the next twelve months. In this scenario, Netflix would continue to be a leader in the video subscription market and see 9% compound annual growth rate until 2026, which is slightly above the S&P 500 annual growth rate and a roughly 3% average revenue per user growth.

Jefferies’ upside case sees huge gains for Netflix. In this model, Netflix grows 83% in the next twelve months and its stock price would reach a high of $400 per share. For this to happen, the company needs to outperform its expectations in global markets and recruit more young subscribers. In the upside scenario, Netflix would have a total 270 million subscribers by 2023 and grow its pre-tax earnings margins by 30% by 2025.

Yet the flipside of that is grim for the company: Jefferies’ downside scenario projects a stock price drop of 31% down to $150 in the next year. Jefferies argues that for this drop to happen, it would mean that Netflix’s subscriber growth has stalled substantially, and the company’s market share recedes as other streaming services grow and offer consumers better deals. If this were to happen, the company’s value would decrease and the company would be forced to raise prices, driving even more subscribers away.

The outcome right now depends on some factors that are hard to predict, such as how strong the streaming service’s content is compared to its competitors and the trend of TV engagement and potential mergers and acquisitions in the industry.

Beyond introducing ads, Netflix is looking for any opportunity to slim down, including limiting corporate perks and hiring more junior, cheaper employees.  The company is also attempting to make its cloud and networking infrastructure more cost efficient as it attempts to grow its subscriber base. With a tiered subscription model, Netflix will function similarly to some competitors, such as Hulu and HBO Max, that allow an ad-free experience at a higher cost.