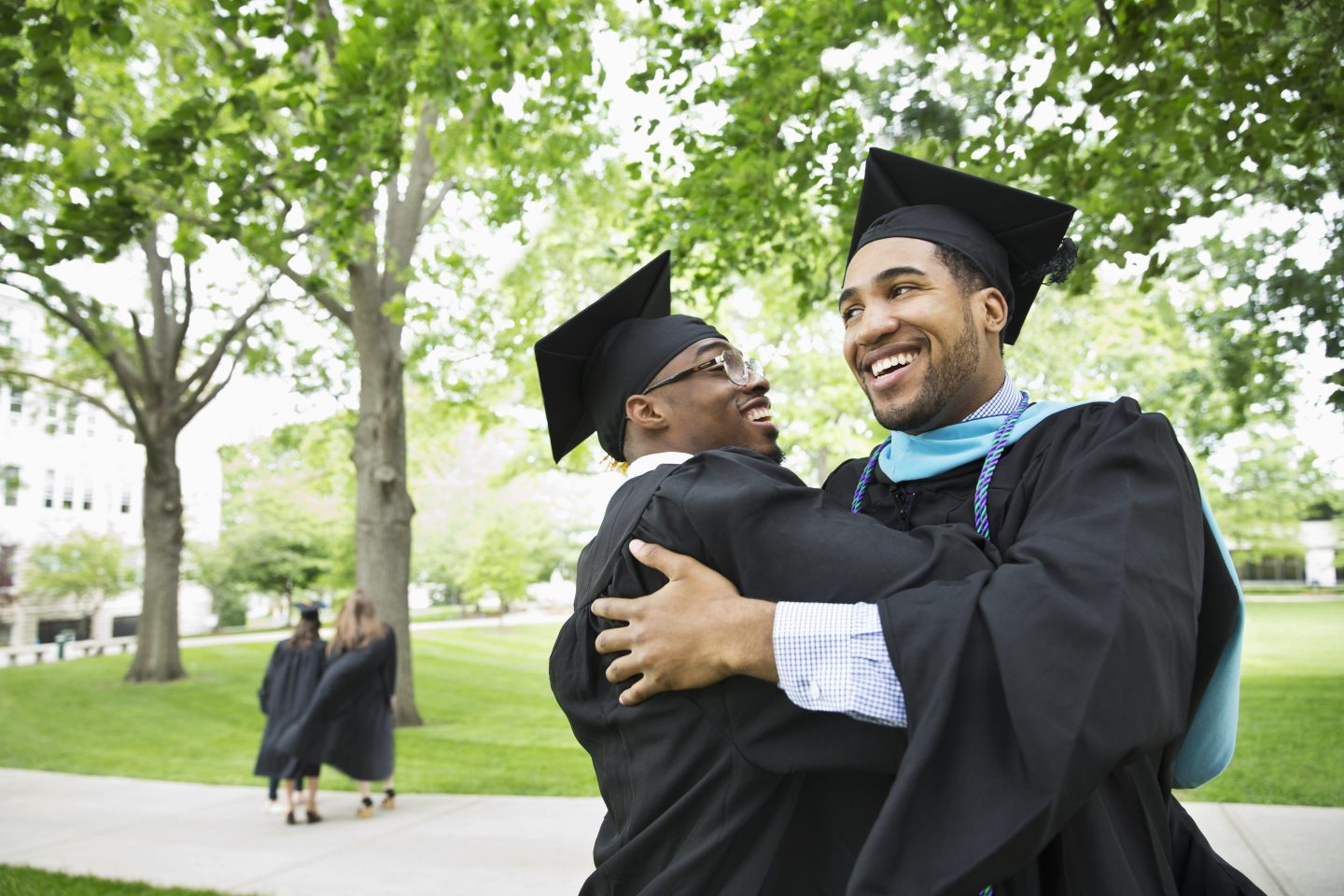 The Fortune team has done a bang-up job covering the Biden administration’s plan for student debt relief. While there are still some unknowns—like, when borrowers will see their balances shrink—there’s plenty to unpack right away.

You can find more of the details here. (Got questions? Please email my amazing colleague Alicia Adamczyk at alicia.adamczyk@fortune.com.)

Critics of debt forgiveness say that it doesn’t go far enough. Others have worried that it is an expensive intervention, using money that could be applied to other targeted policies that would better address the needs of poor or marginalized groups.

On the latter point, the income cap partly addresses those concerns, but another design element stands out.

There are roughly 27 million borrowers who earn under $125,000 a year and are also Pell Grant recipients. By virtue of their qualification for the grant money, we know a bit about them.

Pell Grants aim to help students from low-income families—some $50,000 a year, with more funds available for families earning $20,000 or less—and are traditionally more likely to go to Black, American Indian/Alaska Native, and Hispanic students, usually by wide margins. They make education possible all across the education ecosystem. This table shows the percentage of Pell Grant recipients in schools across the U.S. Schools serving poor and under-resourced communities may have a majority undergrad population of Pell Grant recipients, in many cases as high as 80%.

Conservative critics are taking to the social feeds, decrying the end of personal responsibility and complaining that high-income professionals with outstanding debt shouldn’t be bailed out on the government’s dime, which isn’t happening. (The White House evidently had time on its hands this week and took to social media to respond to critics by posting documentation of forgiven PPP loans held by Republicans.)

As the quiet impact of the financial relief is trickling in, one story at a time, it might be worth paying closer attention to the Pell grantees in your life—and in particular, the confluence of circumstances that made the grants necessary to begin with.

Wishing you a weekend full of unexpected relief.

Emmett Till’s legacy continues as part of a new “alert system” instituted by the state of Maryland that will act as a warning mechanism to flag hate crimes and racist incidents in the state of Maryland. The Emmett Till Alerts system will rely on a team to assess reported incidents, who will then alert some 167 Black elected officials in the state. National civil rights organizations, clergy members, and other leaders are also on the distribution list. "When the FBI director often said that the greatest domestic terrorism threat is white supremacists, we have to take hate crimes and terrorist threats seriously," said Carl Snowden of the Caucus of African American Leaders of Anne Arundel County, Md. Maryland has seen an alarming number of racist incidents lately, including bomb threats at local HBCUs.
NPR

Time Warner Discovery plays to the base Layoffs at the newly merged HBO Max have been focused primarily on talent of color, according to insiders speaking to the Daily Beast, many of whom were tasked to oversee the company’s diverse slate of programming. “I don’t think anyone knows just how white the staff is,” one former executive said. “HBO is the most homogenous part of this umbrella. Instead of trying to figure out how to integrate some of the [Max] executives into HBO, they just made this sweeping cut of three divisions: kids, family, and international. A lot of Black and brown people lost their jobs.”
Daily Beast

Racial disparities in performance reviews at the New York Times A report, generated by Times journalists in the paper’s union, finds that the “performance review system has for years given significantly lower ratings to employees of color.” If you’re Hispanic, your chances of getting a high score on your review were reduced by 60% and Black employees by 50%. Asian staffers were also rated lower by their white peers but by a lesser margin. In fact, zero Black employees received the highest rating in 2020. No matter what changes the paper made over the years, or the methodology they adopted, white union members consistently received higher ratings.
New York Guild

A guilty plea in the Breonna Taylor raid Former detective Kelly Goodlett is the first police officer associated with the March 2020 raid on Taylor’s home to be held accountable. Goodlett pleaded guilty in federal court to one count of conspiracy. Her crime? Working with another officer to falsify a search warrant application, then continuing to lie about what happened. In her court appearance, she admitted knowing that there was insufficient evidence to justify a search warrant but failed to object when another officer falsely claimed knowledge of an ongoing crime at the residence. She faces a maximum sentence of five years.
New York Times

“Student debt punishes poor and working-class people for pursuing higher education, ensnarling individuals and entire communities in compounding interest and fees. Today, student debt is a nearly $2 trillion weight, crushing 45 million people, with women, and especially Black women, disproportionately burdened. Student debt is a trap, and it is also a teacher. Debt teaches us that education is a commodity, that we need to choose degrees and careers based on pay, that we are alone in our financial struggles, that we don’t deserve to be free.”