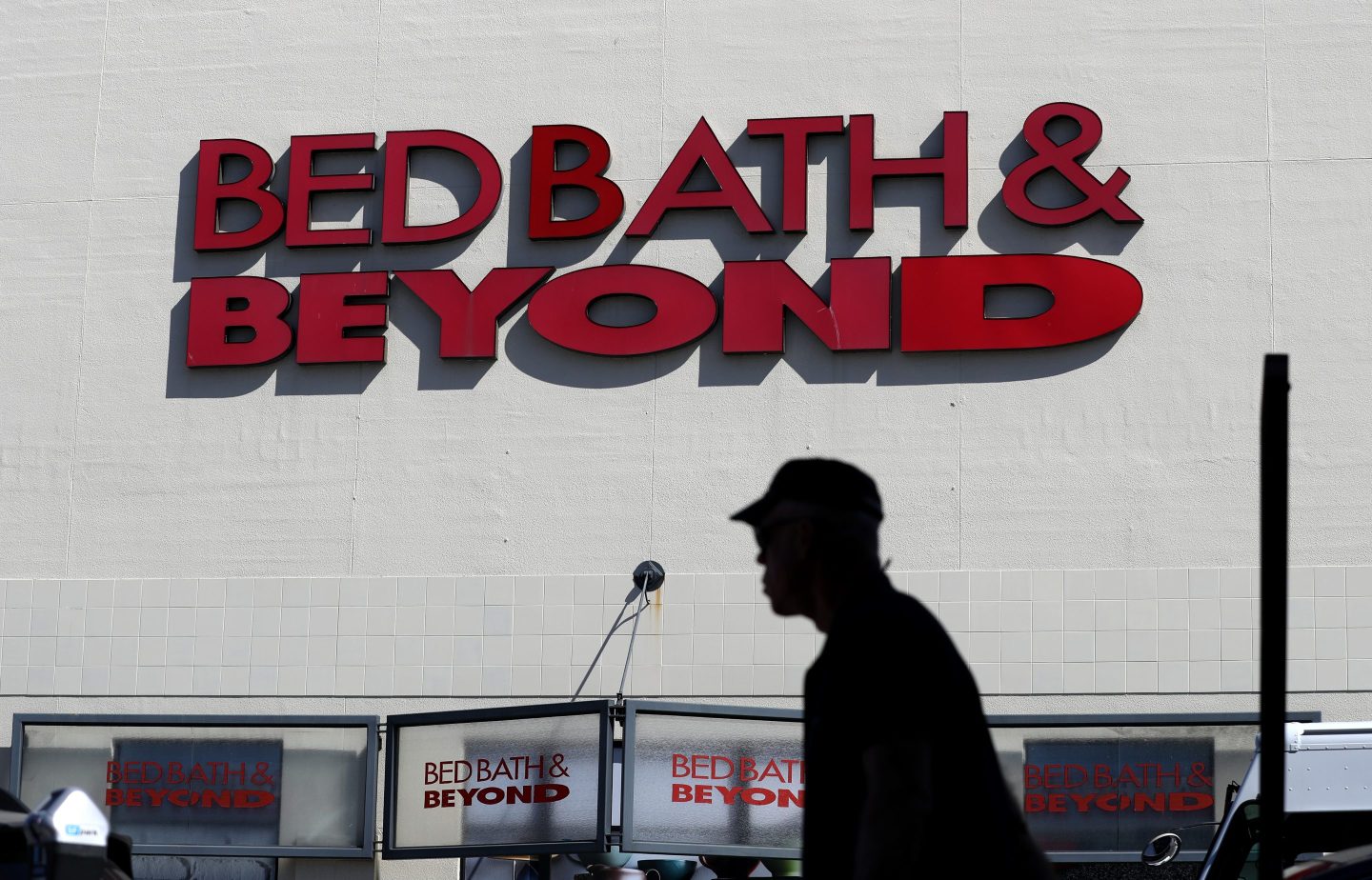 Bed Bath & Beyond shares have soared more than 15% in pre-market trading after a new report revealed the troubled home goods retailer has secured debt financing.

The company told all prospective lenders that it had selected one lender to provide a loan, the Wall Street Journal reported, which will give the retailer some much-needed liquidity and give its vendors more confidence to continue shipping goods.

The report of new debt financing comes days after Bloomberg reported that some Bed Bath & Beyond suppliers had restricted or halted shipments altogether after the company fell behind on some of its payments.

The debt financing process is being conducted by JPMorgan Chase, according to the report, which did not specify the size or terms of the final deal.

Bed Bath & Beyond is currently the most discussed stock on Reddit, according to stock sentiment tracker Ape Wisdom, with 1,803 mentions in the last 24 hours.

Shares in Bed Bath & Beyond surged last week after a filing revealed that Ryan Cohen’s investment fund RC Ventures had maintained his percentage ownership in the company and held on to his bet that the price of shares would increase to $80.

But the high didn’t last long.

A day later, Cohen revealed he had planned to sell off his shares within the next 90 days and the price of BBBY hurtled below $12 a share.

Shares have floundered since then, sinking down to $8.78 by market close on Tuesday evening.

Bed Bath & Beyond needs around $375 million to pad its cash levels and pay down enough existing debt, the Wall Street Journal reported.

A survey of vendors conducted by independent credit rating consultancy firm Pulse Ratings found that Bed Bath & Beyond was in arrears with all respondents, with some vendors claiming that more than half of their accounts with the company were past due. The survey found that payments were late by as much as 90 days, Bloomberg reported.

Bed Bath & Beyond has seen struggling revenues and earnings for the second half of the last decade, and its shares dropped from around $80 in 2014 to $4 at the start of the pandemic.

The company has mostly struggled to optimize its cash and inventory, which is a pain point exacerbated by a move from former chief executive officer Mark Tritton to move away from the coupon-driven footfall and into new products which have not sold well.

Falling share prices last week from Cohen’s exit announcement also narrowed the options available to Bed Bath & Beyond to build liquidity, stop its cash bleed and smoothen out its operation with suppliers.

The new loan is structured as first-in-last-out, according to the Wall Street Journal, implying it is an asset-based facility. In the event of bankruptcy, the new debt will rank lower than secured financing.

What analysts are saying

He wrote in a statement that while a loan “buys the company some desperately needed time and probably saves it from the immediate necessity of bankruptcy” it does not “put the business on a stable footing nor does it remedy all of the underlying issues.”

“The debt will further swamp a balance sheet that is already drowning in red ink,” Saunders writes and in a shrinking market for home goods stores, “Bed Bath & Beyond’s ultimate survival, at least in its present form, is still in some doubt.”

Bed Bath & Beyond did not answer a request for comment at the time of publication.