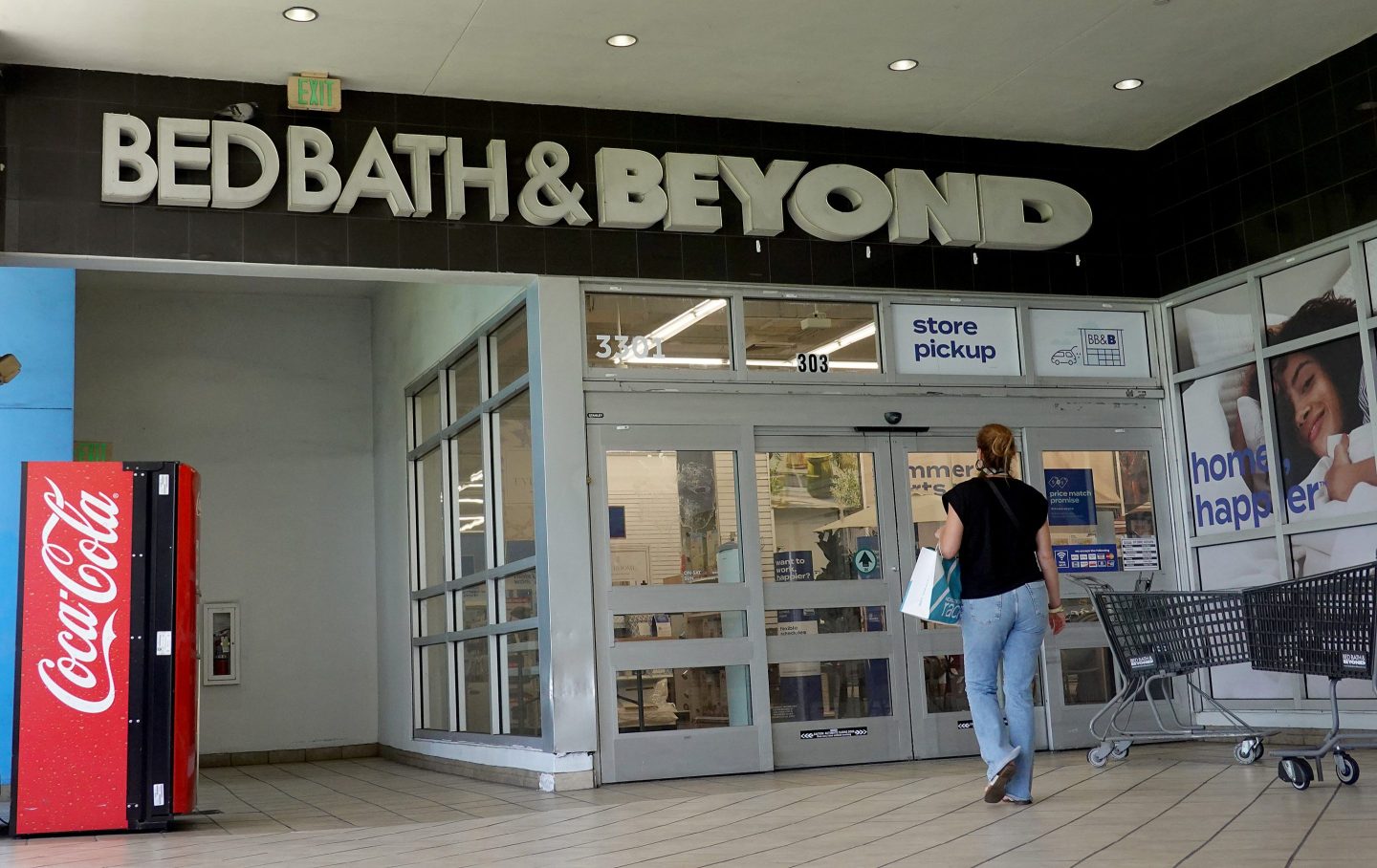 The unraveling of the latest meme stock frenzy is accelerating as bad news for one of the most popular retail-trader favorites piles up and investors dump riskier assets.

Bed Bath & Beyond tumbled 16%, marking a now three-day drop that’s erased 60% of its market value, after a report some suppliers were restricting or halting shipments altogether after the company fell behind on payments. The pain extended to a group of 37 meme stocks tracked by Bloomberg which dropped 3.2%, its fourth straight slide.

The retreat also follows a widespread stock market selloff Monday amid rising worries that the Federal Reserve would be committed to tighter monetary policies. The benchmark S&P 500 Index slumped 2.1% in its biggest single-day decline in two months while the tech-heavy Nasdaq 100 Index fell 2.7% for its worst day since June 28.

The selloff in meme stocks started last week after Bed Bath & Beyond’s top investor Ryan Cohen disclosed that he was selling his stake in the home goods retailer. The activist investor went on to sell his entire stake and pocketed $68.1 million in profits, triggering the stock’s biggest intraday percentage decline ever on Friday.

“There are big questions about how the retailer can turn things around when the inflationary environment is hurting their potential consumer,” said Danni Hewson, an analyst at AJ Bell.

Another meme-stock darling, AMC Entertainment Holdings, was volatile as its preferred stock made its debut Monday under the ticker “APE.” The move splits the stock into two different units, so the value of an AMC Entertainment investment should be the combination of the two assets and not compared to what previous AMC Entertainment shares were worth, the company’s chief executive Adam Aron tweeted on Sunday.

AMC Entertainment’s 26% drop last week marked its worst one-week stretch since March 2021 while Bed Bath & Beyond crashed nearly 70% from an intraday high on Wednesday. Meme stock poster-child GameStop Corp. was caught in the selloff on Monday, dropping 5.5% to the lowest level in three weeks.

Meme-Stock Mania Is Either Just Resting or Dying. Tell Us Which

Bed Bath & Beyond was among the worst performing retail trader favorites alongside stocks like Jaguar Health Inc., Cenntro Electric Group Ltd, and Koss Corp., which each fell at least 7%. SmileDirectClub Inc. and Magic Empire Global were among other stocks to have recently inspired retail trading activity to fall. They each dropped roughly 15% in Monday’s session.

Meanwhile, data from Vanda Research showed that individual investors have reduced their Bed Bath & Beyond stock purchases over the last three sessions after having snapped up a record $73.2 million on Tuesday.

Retail investors were active in Monday’s trading with both classes of AMC Entertainment, Bed Bath & Beyond, and Tesla Inc. populating the most bought assets on Fidelity’s platform. Buying across the group of stocks markedly outpaced sales with chatter in popular day trader chatrooms pumping up the outlook for the movie theater and homes-good retailer.