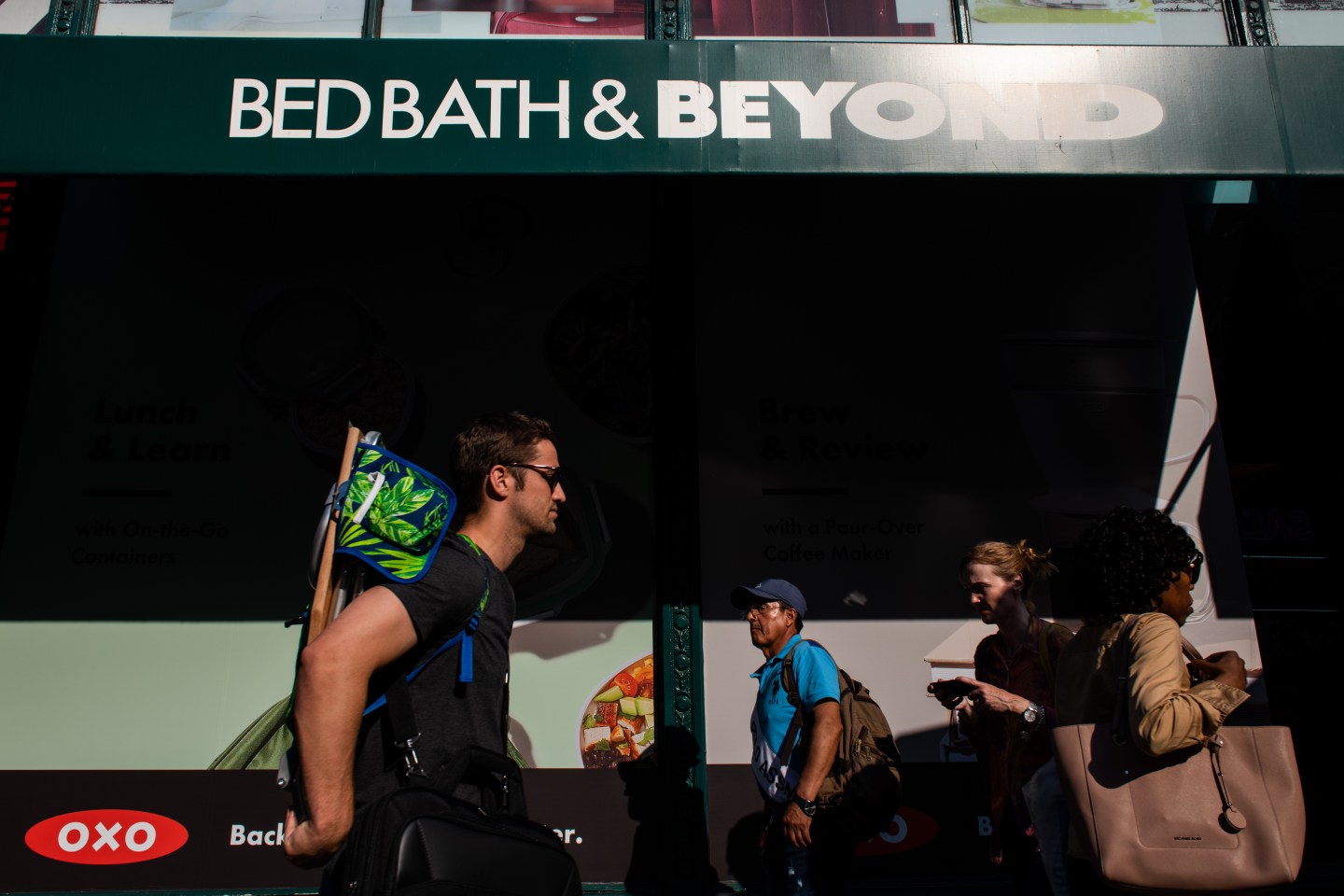 A Bed Bath & Beyond store in New York.
Mark Kauzlarich/Bloomberg via Getty Images

Billionaire Ryan Cohen pocketed a $68.1 million profit from the sale of his stake in Bed Bath & Beyond, scoring a 56% gain on an investment he held for roughly seven months.

Cohen’s RC Ventures paid $121.2 million between mid-January and early March to acquire 7.78 million shares and options to purchase another 1.67 million shares, a regulatory filing shows. He unloaded all of them this week for a combined $189.3 million, according to a filing on Thursday after the US market close.

The sales came amid a surge in the struggling retailer’s shares this week, with the stock price more than quadrupling from a recent low in July.

Bed Bath & Beyond shares fell as much as 27% in late trading after Cohen’s exit was disclosed.