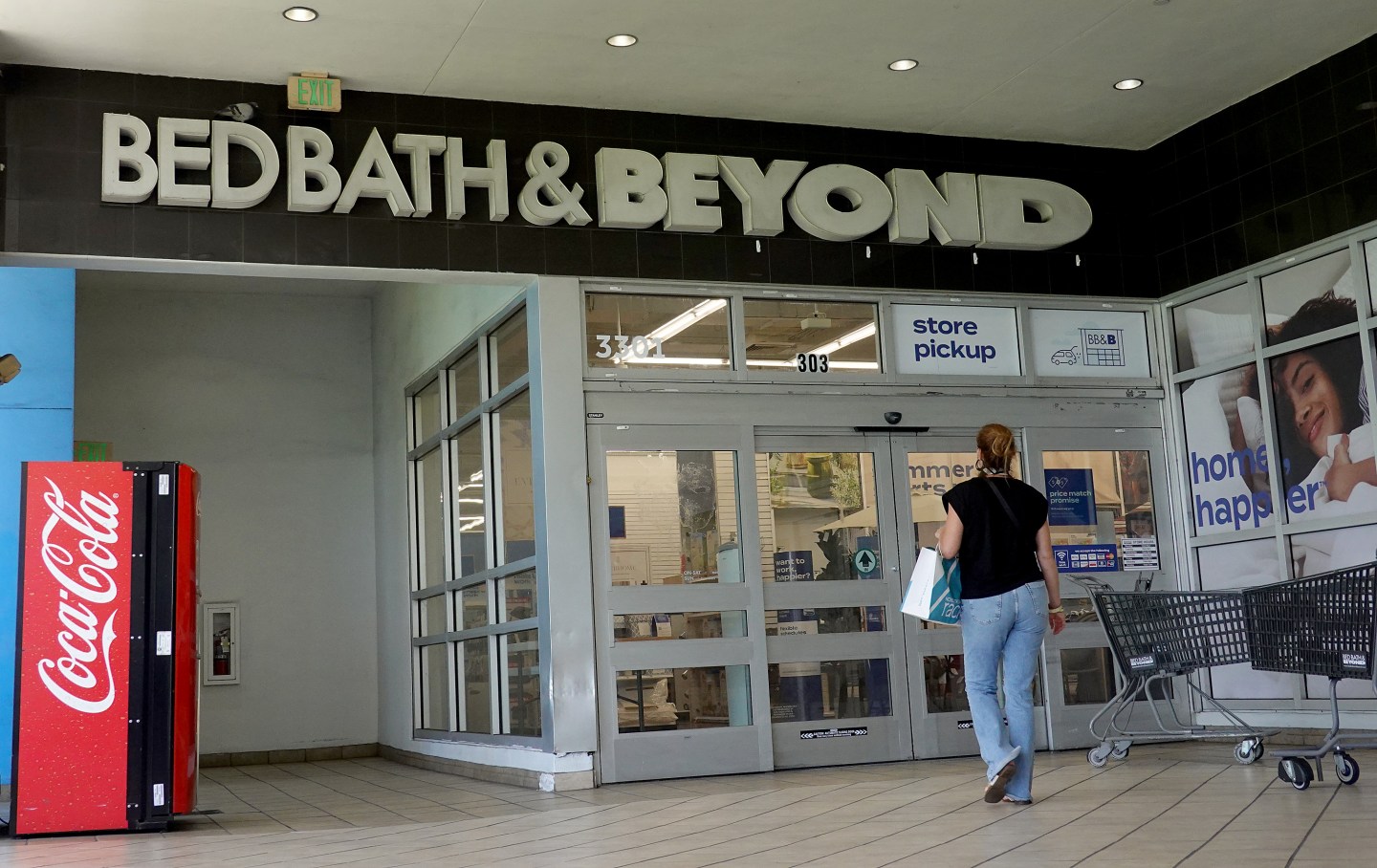 Five months after disclosing a stake in Bed Bath & Beyond, activist shareholder Ryan Cohen has tapped out, sparking a selloff in the shares of the home goods retailer.

The Union, New Jersey-based company slumped 27% in late trading, on top of a 20% fall in Thursday’s regular session, after a filing with the US Securities and Exchange Commission confirmed Cohen’s RC Ventures exited its entire position on the company.

RC Ventures sold millions of shares on Tuesday and Wednesday at a range of prices from $18.68 to $29.21, the filing shows. The firm also sold thousands of call options amid Wednesday’s rally.

Bed Bath & Beyond shares have been on a tumultuous ride this year with its stock soaring by the most on record when, in March, RC Ventures first disclosed a 9.8% stake in the retailer and asked it to consider a sale of the company.

Since then, Cohen reached an agreement on the addition of three independent directors to the retailer’s board and pushed for the exit of Chief Executive Officer Mark Tritton. The company announced his ouster in June, just minutes before releasing another lackluster earnings report that showed sales fell even more than expected in the first quarter. Cohen had also said the company’s Buybuy Baby unit was undervalued, but no announcements have been made about a sale of that asset.

The stock has been a favorite among retail traders, surging more than 400% from a July low to outperform other so-called meme stocks as individual investors piled in, pumping their bets on popular social media websites and chatrooms. They bought $58.2 million of the stock Wednesday, a day after snapping up a record $73.2 million, bringing their total net purchases in three weeks to $229.1 million, according to data compiled by Vanda Research.

While retail traders have been fueling the surge in Bed Bath & Beyond shares, the company’s fundamentals remain dismal. Analysts have sounded the alarm over liquidity concerns and the flailing retailer said in a filing it’s been working over the past several weeks with external financial advisers and lenders to strengthening its balance sheet with plans to provide an update at the end of the month.

“The writing is on the wall that BBBY shares have again decoupled from economic reality,” Wells Fargo analyst Zachary Fadem wrote in a note, reiterating his $3 price target. The company’s plans to address its balance sheet could mean a “capital raise” might be in store.

Wedbush downgraded the stock to underperform from neutral Thursday, making it the fourth Wall Street bank to recommend clients sell the stock in the past two weeks. All told, 13 analysts have sell-equivalent ratings while four rate it at a hold and none recommend investors buy the stock. The average 12-month share price target of $4.48 signals brokerage firms expect the stock to slump more than 75% from Thursday’s close.

“From a fundamental standpoint, we believe trends at Bed Bath & Beyond remain challenged,” said Keybanc Capital Markets analyst Bradley Thomas in a report after the disclosure from RC Ventures. He has an underweight rating with a price target of $2.