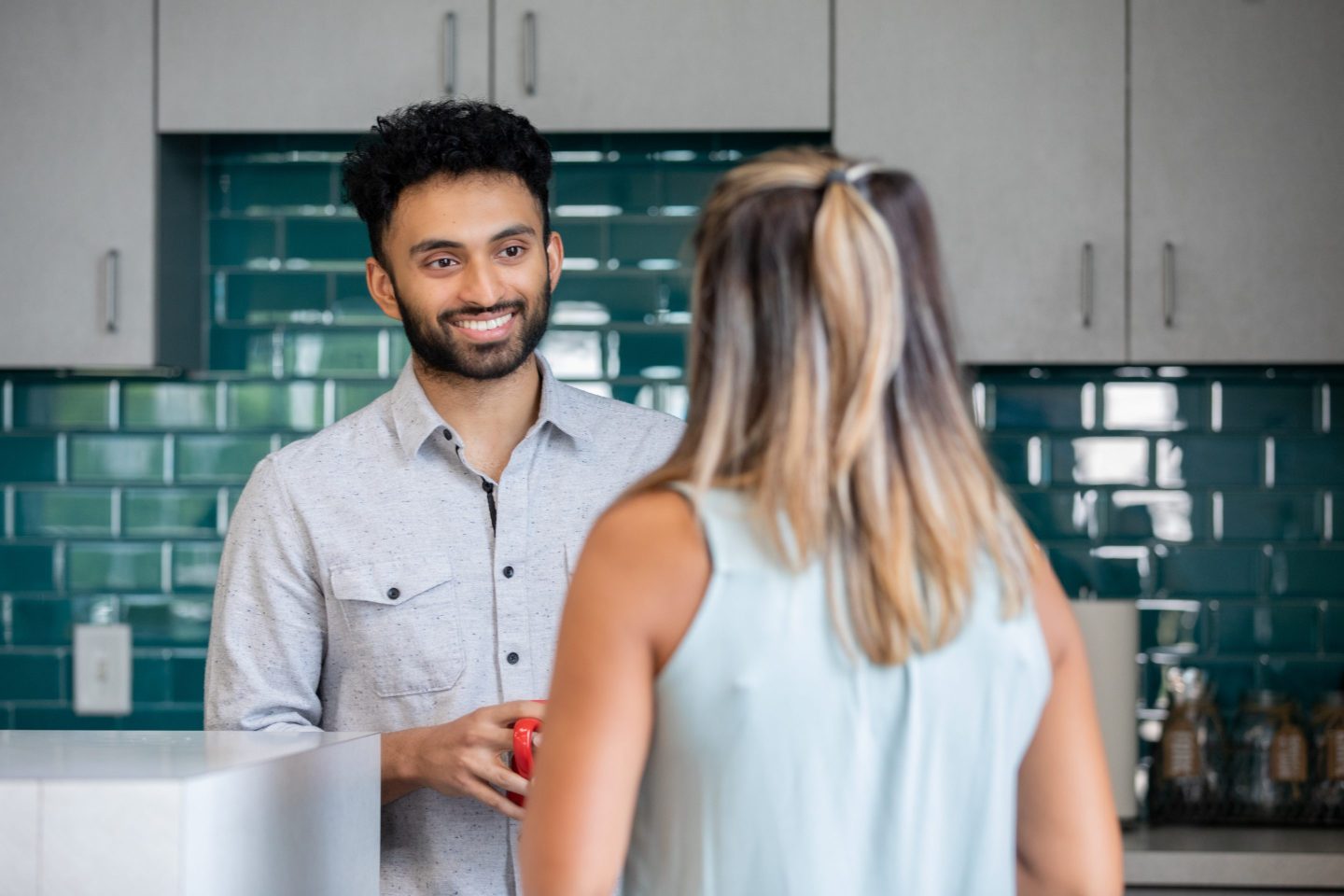 Hybrid work has become the norm in many industries, yet proximity bias still runs rampant in dispersed workplaces.

Just over 66% of professionals surveyed by virtual presentation company Prezi say they believe colleagues who are together in the office receive preferential treatment and are more highly favored by management.

Proximity bias isn’t new, but it has the potential to derail recruitment efforts amid the frenzied search for top talent, says Prezi CEO Jim Szafranski. “It was a niche problem, but the moment we all went remote, that niche problem became a mainstream problem,” he says.

Corporate DEI consultant Nika White describes proximity bias as the tendency for people in positions of authority to show favoritism or partiality to employees who are physically closest. Managers often do it unconsciously and don’t realize they’re engaging in biased decision-making at the moment. “It’s really a mental shortcut that allows managers to make decisions about performance, promotions, and hiring based on close physical proximity rather than objective criteria,” says White.

Prior to the pandemic, proximity bias was a pain uniquely felt by employees in small satellite offices and those with special remote work arrangements. That’s no longer the case as hybrid work becomes increasingly pervasive in corporate America.

Managers, like most people, tend to gravitate toward convenience. It’s a natural instinct, but one that can quickly breed inequity if an inclusive culture isn’t intentionally set by top brass. Namely, HR heads.

“The onus falls more directly on the people leaders of the organization to establish a culture that really gives equitable opportunity to all,” White says. “Organizational leaders have to consider what can be done to bridge the gap in access and proactively accommodate team members with different needs around remote work.”

Some HR teams have fully taken on that responsibility, while others have instead chosen to hire dedicated leaders to address the issue. The HR software startup Gusto hired its first head of remote experience, Liberty Planck, in April of this year. A major part of her role, she says, is thinking about how location affects Gusto’s hybrid employees’ performance, wellbeing, engagement with managers, and their likelihood to stay at the company.

Prezi is taking a slightly less measured approach to solving proximity bias for its virtual-first workforce. Though the company still has offices, it functions as if everyone is remote.

Szafranski says Prezi’s radically transparent culture (the company shares its financials with all  employees on a weekly basis) acts as a barrier of sorts to proximity bias. Employees are encouraged to post in a companywide Slack channel when meeting with colleagues, so no one feels left out of the loop. Leaders at Prezi also give managers a budget to fly in team members for lunches if they haven’t gathered in a while.

“A little bit of budget and a lot of transparency is the way we’re approaching it right now,”Szafranski says.

LinkedIn launched a new DEI feature on Wednesday to help recruiters widen their pool of female candidates when sourcing talent on the platform. Diversity Nudges, as it’s being called, notifies recruiters when gender representation in a given talent pool is unbalanced. The feature then offers skill, location, and company recommendation filters that recruiters can select to improve the gender balance in their search.

Diversity Nudges is hitting the market at a time when professionals are pressuring employers to interview more diverse candidates. (Dare I mention Wells Fargo?). In fact, a recent survey from the job site found that 47% of respondents believe hiring managers aren’t held accountable for interviewing a diverse slate of candidates.

It’s easy to put on blinders and forget the array of transferable skills a more diverse group of candidates might have. Jennifer Shappley, LinkedIn’s vice president of global talent acquisition, says women are more likely to list soft skills on their profile, which a recruiter could overlook in a search, while men tend to speak more about technical skills. An automatic prod might help recruiters be more aware of the inherent biases that can influence the search for talent.

- For women, the much lauded flexibility of working from home has ironically led to additional unpaid domestic work. The solution? Companies must band together to create policies and support legislation that more equitably divides care work. Bloomberg

- The chief talent officer of a Silicon Valley venture capital firm says today’s hiring slowdown is different from that of the 2001 dot com bubble or the 2008 recession. This time around, it’s all about making “strategic cuts,” rather than taking a wait-and-see approach. Listen time: 13 minutes. Wall Street Journal

- Employers often benefit from offering unlimited vacations. Employees? Not so much. Unlimited PTO does little to solve employee burnout unless it’s aligned with a corporate culture that genuinely emphasizes wellbeing. Bloomberg

Four-day work woes. Fewer workers were interested in a four-day workweek in July compared to June of this year, according to a survey published by Flexa Careers, a website that specializes in flexible job openings. But don’t be fooled; they’re still interested in maximum flexibility without necessarily shortening the work week. —Chloe Berger

Inflation deflates…slightly. The consumer price index increased 8.5% in July, less than the 9.1% increase in June. Even though gas prices fell 7.7%, the cost of living still remains exceptionally high for most Americans. —Olivia Rockeman