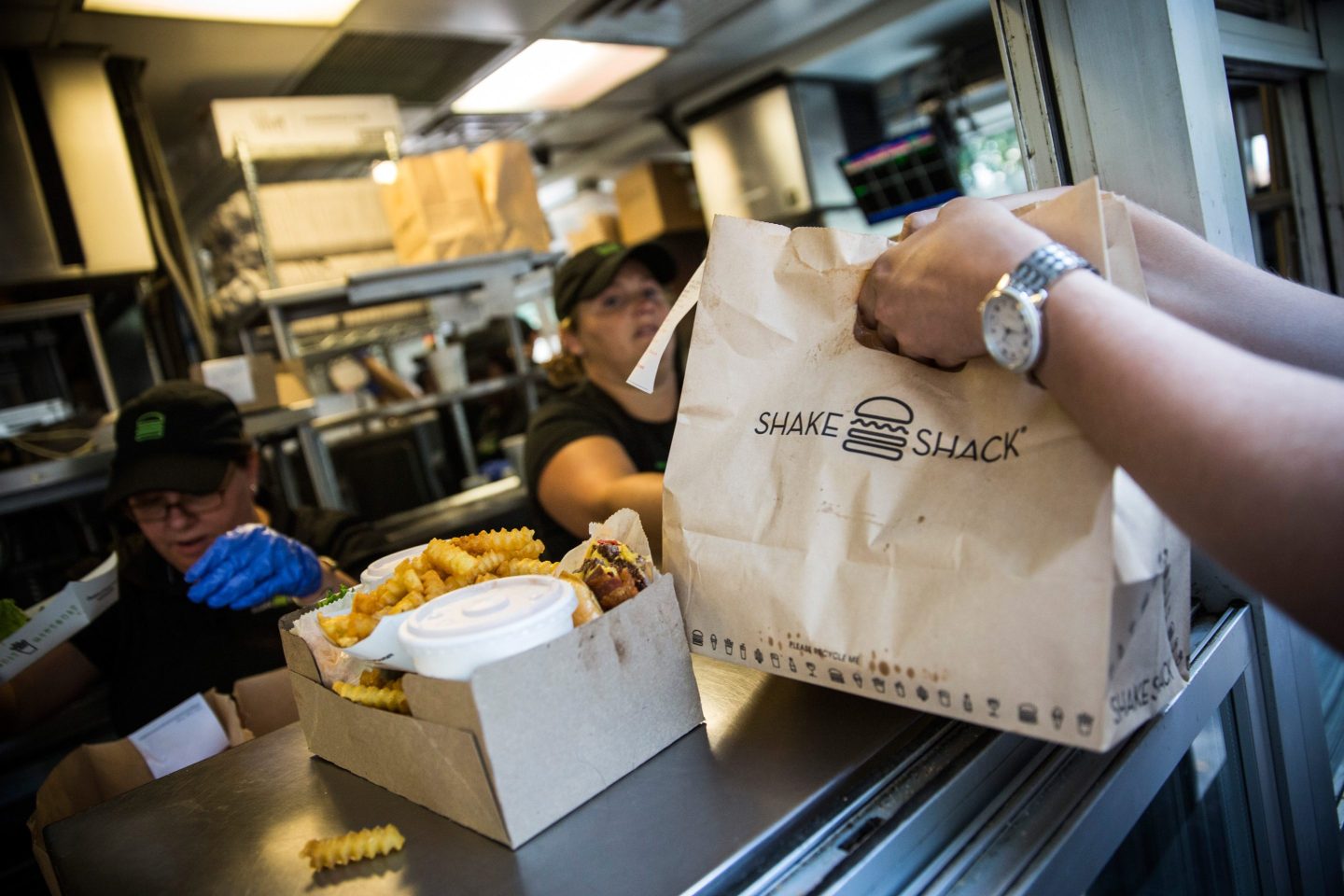 Inflation and higher tips are driving workers back into the restaurant industry, says Danny Meyer, the founder of Union Square Hospitality Group and chair of Shake Shack.
Andrew Burton—Getty Images

As everything from food to energy gets more expensive, restaurant goers are also tipping their waiters more—making the historically high-turnover sector a bit more attractive for employees.

Inflation-inspired higher tips are driving workers back into the restaurant industry, Danny Meyer, the founder of Union Square Hospitality Group, which owns of Shake Shack and a number of other NYC-based restaurants, told CNBC on Tuesday.

“Inflation has cut both ways in our industry…There’s no question that menu prices are higher than they’ve ever been,” Meyer said in an interview with Jim Cramer on Mad Money. For hospitality workers, this means “if you do have a tipping model in your restaurants, servers are making more money than they’ve ever made before.”

The opportunity to make more money in tips now—compared to low-inflation times—may slow down the Great Resignation in the sector, where quitting has reached epidemic levels.

In June of this year, leisure and hospitality—specifically accommodation and food services—saw the highest quit rates across all U.S. industries, coming in at 5.7%, according to the Bureau of Labor Statistics. A total of 788,000 Americans quit a job working in the food service industry out of a total 4,237,000 workers across all sectors.

For Meyer, this means employees are returning to work at his restaurants. “For the first time [since the COVID pandemic struck], we’re actually on equal footing in terms of our talent count as we were in 2020 when we first had to stop doing business,” he said.

The COVID-19 pandemic brought the restaurant industry to a grinding halt, and while the industry has been steadily recovering, restaurants are still having trouble filling employee vacancies. Outside of Meyer’s Union Square Hospitality Group, the industry still had 6.1% fewer employees in May 2022 when compared to pre-pandemic levels, the National Restaurant Association reported.

Danny Meyer famously announced seven years ago that his restaurants would gradually eliminate tipping, as he believes it contributes to inequitable pay, wage instability, racism, and a myriad of other problems. Meyer, however, reversed course on this policy in June 2020 when restaurants began to reopen their doors, saying he was unwilling to deny any extra compensation that might be available to employees in a time of economic crisis.

Union Square Hospitality Group announced last week that Chip Wade is succeeding Danny Meyer as chief executive officer. Meyer will remain on the board of the group as well as serve as board chairman of Shake Shack.

Meyer isn’t the first to claim inflation may bring the end to the Great Resignation.

Randstad, a global provider of employment services, said in July the surging cost of living and worries about the future are curbing the zeal of people to quit their jobs.

Paul Donovan, an economist at UBS, also suggested higher oil prices could have some “peculiar indirect effects” including a slower job turnover rate and an end to quitting on the spot.

Donovan said in a February note that for the TikTok generation of 16-to 24-year-olds in the U.S.—a group that has been reluctant to reenter the labor force—“gasoline is a disproportionate amount of spending…Higher oil prices may encourage a return to the conventional jobs market.”

While high inflation appears to be slowing down the Great Resignation in hospitality businesses in general, it may be also be aiding one group in the sector more than most.

As the cost-of-living crisis bites, cash-strapped consumers are downgrading from white tablecloths to plastic menus. In the second quarter ending June 30, sales at Applebee’s and IHOP grew 6% and 8%, respectively, among households earning $75,000 per year, Dine CEO John Peyton said in an analyst call on Tuesday.

The bump “suggests to us that guests that often dine at more expensive restaurants are finding Applebee’s and IHOP because of their well-known value position,” Peyton said.