The gig economy endured a tumultuous two years. It’s emerging from the pandemic better than ever 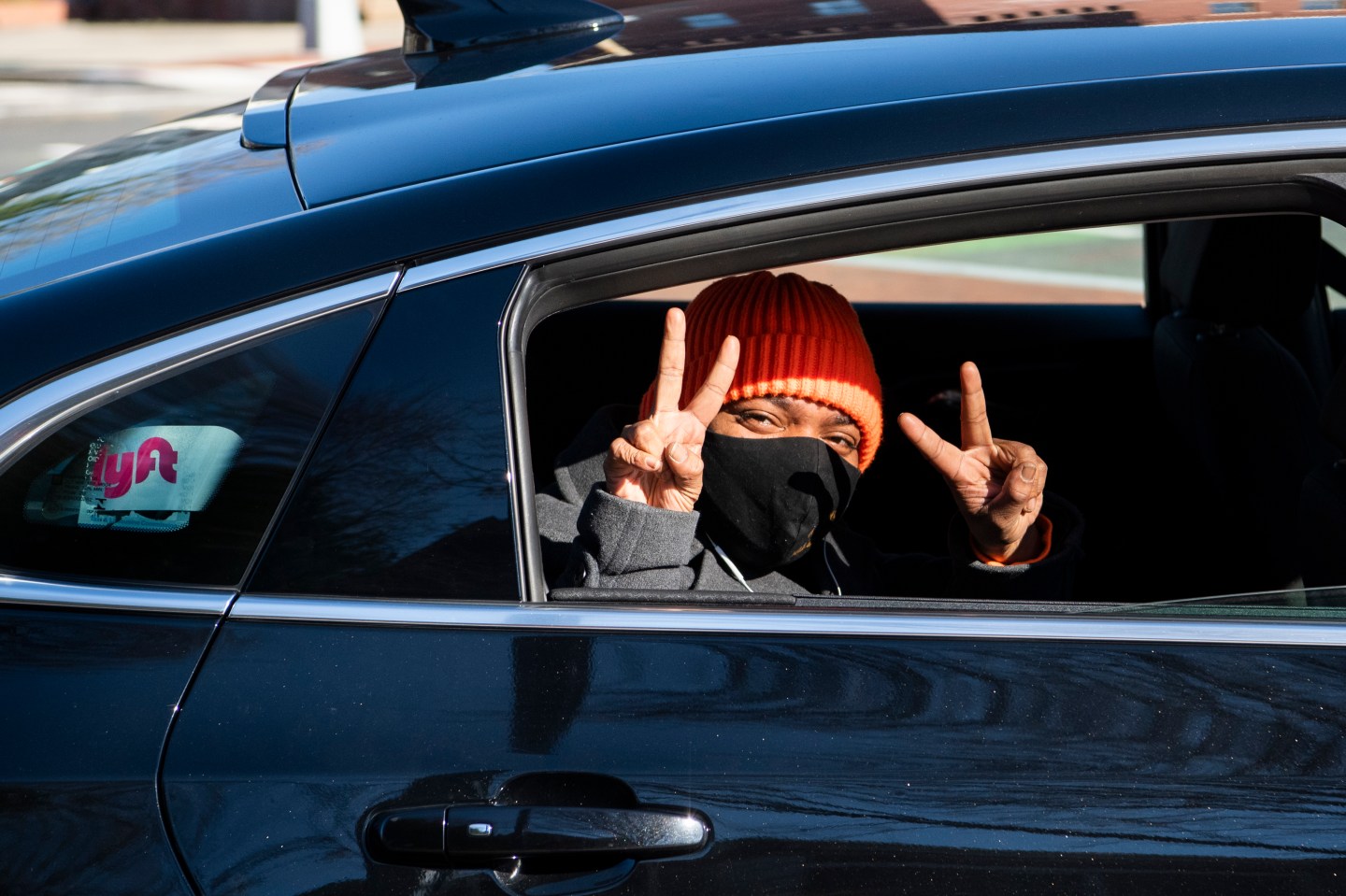 With Omicron variant fears largely in the rear window and virtually all pandemic restrictions lifted, the second quarter of 2022 offered our best look yet at how the past two-plus years reshuffled consumer habits.

One clear takeaway: Any concerns of a gig economy contraction never quite came to fruition.

Several gig-centric companies posted a bumper second quarter during this closely watched earnings season, weathering stubbornly high inflation and various sector-specific challenges to rake in record revenue. The results suggest the gig economy only has room to expand after the upheaval of the past two years—though building macroeconomic storms and company-specific challenges threaten to stunt that growth.

The largest public gig economy companies—including Uber, Lyft, Airbnb, and DoorDash—faced numerous questions from Wall Street heading into the second quarter. Could ride-hailing companies get away with charging more in response to gas price spikes? Would customers keep spending disposable income on travel in a high-inflation environment? Has the food-delivery boom peaked? Could companies attract enough gig workers? Would corporate layoffs and spending cuts damage the product?

The second-quarter results put most of those questions to bed:

The quintet of companies met or exceeded Wall Street’s revenue forecasts for the quarter, with Uber (up 37%), Lyft (up 45%), and DoorDash (up 17%), recording big share price gains so far this week. The rebounds were much needed, as the stock price of all five firms is still down at least 26% year to date.

While the revenue totals signal that the gig sector’s future looks bright, uncertainty looms on the horizon.

Higher-income customers who power the gig industry spent relatively freely to start the year, shrugging off generationally high inflation (a notable exception: some European markets). Gig company executives said their third-quarter outlooks are holding pretty steady, but some industry insiders fear a recession in the second half of 2022 and beyond could force belt-tightening among the upper middle class.

“We are concerned about the broader macro uncertainty and recession risks, and believe it’s pertinent to trim our 2023 numbers at this point,” Deutsche Bank analyst Lee Horowitz wrote in a client note addressing travel companies, according to Barron’s.

In addition the companies each face different questions about their long-term financial health in a sector that’s historically proven unprofitable.

Uber reached a major milestone by achieving positive free cash flow in the second quarter, but it still recorded a $2.6 billion loss largely owing to sliding values in high risk-reward investments. DoorDash lost $263 million this past quarter, blowing past analyst expectations of $149 million, as it keeps pouring money into its business. And Lyft still feels a bit stuck in the mud, showing few signs of an ability to grow beyond its core ride-hailing business.

For the moment, though, the sector can take heart in the fact that the gig is up—in a good way.

Sucking up another company. Amazon announced plans Friday to buy Roomba maker iRobot for $1.7 billion, a deal that would add the well-known robotic vacuum to the tech giant’s home products lineup. The acquisition, which represents a 22% premium over iRobot’s preannouncement share price, would become the fourth-largest in company history. Amazon officials did not announce specific plans for the Roomba, though deeper integration with Amazon’s Echo smart speaker is likely.

Holy cannoli, what a deal. Intel is close to securing an agreement with the Italian government to build a $5 billion-plus semiconductor plant in the European nation, Reuters reported Thursday. The investment would mark another step in the chipmaker’s plan to spend $88 billion in Europe on semiconductor production facilities, part of a broader effort to compete with leading chip fabricators. The Italian government could subsidize up to 40% of Intel’s investment there, sources told Reuters, though neither side has commented on terms of any deal.

To the extra max. Warner Bros. Discovery executives said Thursday that they plan to combine HBO Max and Discovery+ into a single platform as part of the newly merged company’s streaming strategy overhaul, Variety reported. Company officials added that they are exploring a free, ad-supported television product that would offer different content than the unified streaming channel, a move that could challenge Amazon, Roku, and other outfits offering a similar platform. Warner Bros. Discovery expects to begin rolling out the combined HBO Max and Discovery+ platform in the summer of 2023.

Not giving up on antitrust. Senate Majority Leader Chuck Schumer said he still plans to hold a vote on an antitrust bill targeting Big Tech companies, despite his decision to keep the legislation off the Senate floor ahead of Congress’ August recess, Politico reported Thursday. Schumer previously told donors that he opted against holding a vote on the American Innovation and Choice Online Act, which would bar large tech companies from favoring their own products on digital platforms they operate, because it lacked the needed 60 votes to advance in the Senate. Supporters of the bill pushed for a pre-recess vote, arguing that its chances dim if Republicans retake the House after November’s midterm elections.

Believers once again. The software sector took a hard fall to start 2022, but the tide might be turning. A run of strong second-quarter earnings has renewed optimism that high-growth software companies can weather the recent rise in interest rates, Bloomberg reported Friday. Atlassian, Alteryx, and Cloudflare all exceeded Wall Street’s expectations for the quarter, accelerating a small rebound in high-valuation software company share prices over the past several days. While analysts were consistently optimistic about the long-term outlook for several promising software firms, investors fled those companies in recent months as the Federal Reserve’s decision to jack up interest rates punished unprofitable outfits.

A Goldman Sachs Group Inc. basket of high-growth software has slumped 41% in 2022, more than twice the decline of the Nasdaq 100 Index, and steeper than the 23% drop of the iShares Expanded Tech-Software Sector ETF. The slump came as the Fed began aggressively raising rates to fight inflation, a headwind to high-valuation stocks that are priced on their prospects far out in the future.

Investors, however, looked optimistically at Fed Chair Jerome Powell’s comment last month that the central bank will slow the pace of increases at some point, suggesting a friendlier environment for growth stocks.

‘We’re stuck with this white elephant’: A Wisconsin town’s big bet on electronics maker Foxconn hasn’t panned out as planned, by Grady McGregor

Elon Musk is doubling down on his recession forecasts, but sees some relief from inflation on the horizon, by Tristan Bove

One of the biggest names in quantum computing could have just cracked open the multibillion-dollar market with a new breakthrough, by Jeremy Kahn

Amazon warehouse workers down tools and protest in the cafeteria after hearing of 43-cent pay rise, by Alice Hearing

We might have to add a ‘negative leap second’ because the earth is spinning faster, by Christine Mui

‘Deep Tech’ has become one of the most powerful use cases for A.I. in business. Here are 3 keys to making it work, by François Candelon, Maxime Courtaux, Antoine Gourevitch, John Paschkewitz, and Vinit Patel

NIMBYism at its finest. Venture capital titan Marc Andreessen has plenty of opinions to share—including two that contradict themselves. In a cheeky little bit of reporting, The Atlantic wrote that the billionaire investor, who has railed against the lack of housing development in expensive American cities, recently joined his wife in opposing the construction of multifamily housing in his tony Silicon Valley neighborhood. Responding to a town-wide plan designed to foster development of more multifamily units, the couple registered their “IMMENSE objection” and warned that the effort would “MASSIVELY decrease our home values, the quality of life of ourselves and our neighbors and IMMENSELY increase the noise pollution and traffic.” In an IMMENSELY unsurprising move, the town acquiesced to critics and abandoned the plan.