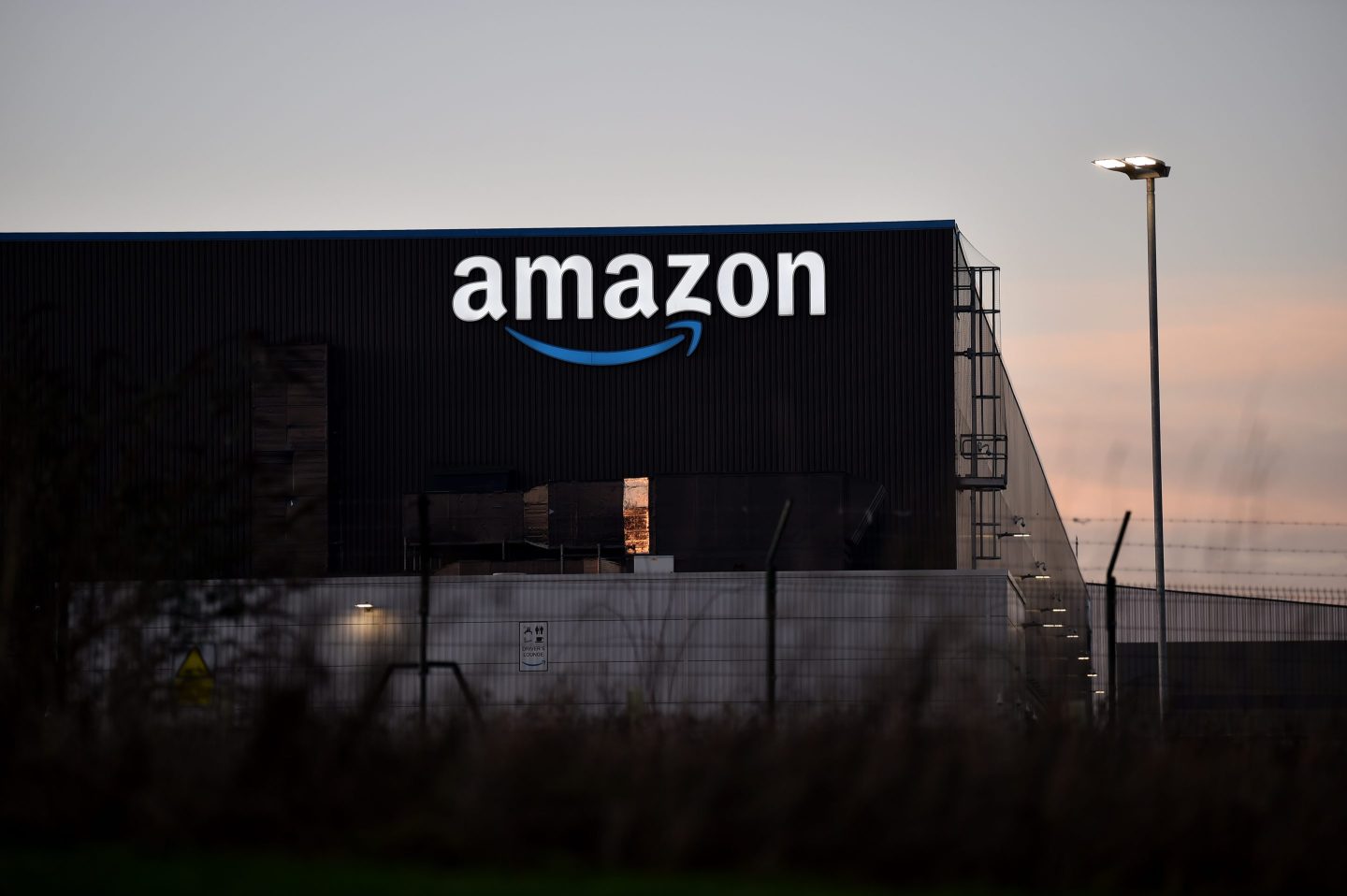 Employees at Amazon U.K.’s Tilbury distribution center left the facility after being told their pay increase for the year amounted to a rise of 3%.
Nathan Stirk—Getty Images

Amazon workers in the U.K. have staged a walkout for the first time in protest of low pay amid a cost-of-living crisis.

Employees at the Tilbury distribution center in southeast England left the facility after being told their pay increase for the year amounted to 35 pence (43 cents) an hour—a rise of 3%—which is far less than the $1.20 per hour they reportedly expected.

Even a 9% rise would fall below the rate of inflation in the country as rates are expected to reach 11% later this year.

Amazon chalked up quarterly profits of $14.3 billion in February but suffered a loss in its past two quarterly results.

Footage of the protest was filmed by a worker and posted on Twitter, showing managers attempting to persuade people to stay inside and carry on working or leave the facility.

Around 700 to 1,000 employees were involved in the protest, according to the union, GMB.

Workers at Tilbury were not alone as those at warehouses in Coventry and Bristol also protested on the same day.

In the rest of Europe, there has been unrest as employees in seven distribution centers in Germany held strikes in May.

Steve Garelick, a regional organizer at GMB, the union that represents Amazon U.K. workers, said: “Amazon should have a proper engagement, and really have a look at a proper wage that actually means something to those who are working for them…Just because the market may pay a rate doesn’t necessarily mean that they should just follow blindly behind everyone else.”

“Employees are offered a comprehensive benefits package that includes private medical insurance, life assurance, income protection, subsidized meals, and an employee discount, among others, which combined are worth thousands annually, as well as a company pension plan,” he said.

Other large tech companies have also been subject to walkouts and protests this year as inflation goes up.

In April, BT workers walked out after hearing they would only receive a pay rise of between 3% and 8%.