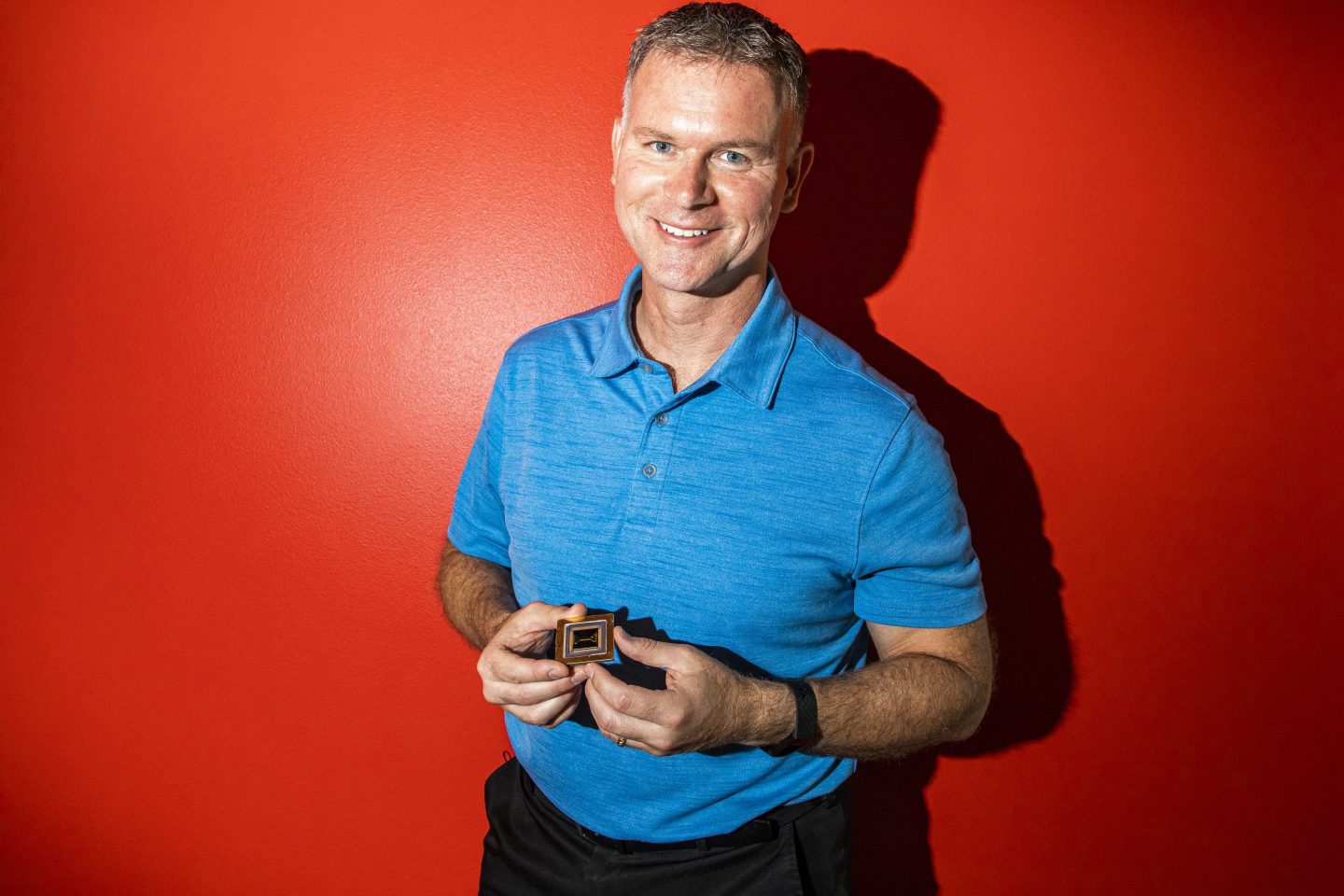 Quantinuum, the quantum computing company spun out from Honeywell, said this week that it had made a breakthrough in the technology that should help accelerate commercial adoption of quantum computers.

It has to do with real-time correction of errors.

One of the biggest issues with using quantum computers for any practical purpose is that the circuits in a quantum computer are highly susceptible to all kinds of electromagnetic interference, which causes errors in its calculations. These calculation errors must be corrected, either by using software, often after a calculation has run, or by using other physical parts of the quantum circuitry to check for and correct the errors in real time. So far, while scientists have theorized ways for doing this kind of real-time error correction, few of the methods had been demonstrated in practice on a real quantum computer.

The theoretically game-changing potential of quantum computers stems from their ability to harness the strange properties of quantum mechanics. These machines may also speed up the time it takes to run some calculations that can be done today on supercomputers, but which take hours or days. In order to achieve those results, though, ironing out the calculation errors is of utmost importance. In 2019, Google demonstrated that a quantum computer could perform one esoteric calculation in 200 seconds that it estimated would have taken a traditional supercomputer more than 10,000 years to compute. In the future, scientists think quantum computers will help make the production of fertilizer much more efficient and sustainable as well as create new kinds of space-age materials.

That’s why it could be such a big deal that Quantinuum just said it has demonstrated two methods for doing real-time error correction of the calculations a quantum computer runs.

Tony Uttley, Quantinuum’s chief operations officer, says the error-correction demonstration is an important proof point that the company is on track to being able to deliver a “quantum advantage” for some real-world commercial applications in the next 18 to 24 months. That means businesses will able to run some calculations—possibly for financial risk or logistics routing—significantly faster, and perhaps with better results, by using quantum computers for at least part of the calculation than they could by just using standard computer hardware. ”This lends tremendous credibility to our road map,” Uttley said.

There’s a lot of money in Quantinuum’s road map. This past February, the firm’s majority shareholder, Honeywell, foresaw revenue in Quantinuum’s future of $2 billion by 2026. That future could have just drawn nearer.

Uttley says that today, there is a wide disparity in the amount of money different companies, even direct competitors in the same industry, are investing in quantum computing expertise and pilot projects. The reason, he says, is that there are widely varying beliefs in how soon quantum computers will be able to run key business processes faster or better than existing methods on standard computers. Some people think it will happen in the next two years. Others think these nascent machines will only start to realize their business potential a decade from now. Uttley says he hopes this week’s error-correction breakthrough will help tip more of Quantinuum’s potential customers into the two-year camp.

Honeywell’s projection of at least $2 billion in revenue from quantum computing by 2026 was a revision—a year earlier than it had previously forecast. The error-correction breakthrough ought to give Honeywell more confidence in that projection.

Different kinds of algorithms and calculations may be better suited to one kind of quantum computer over another. Trapped ions tend to remain in a quantum state for relatively long periods of time—with the record being an hour. Superconducting circuits, on the other hand, tend to stay in a quantum state for a millisecond or less. But this also means that it takes much longer for a trapped-ion quantum computer to run a calculation than for a superconducting one, Uttley says. He envisions a future of “hybrid computing” where different parts of an algorithm are run on different machines in the cloud—partially on a traditional computer, partly on a trapped-ion quantum computer, and partly on a superconducting quantum computer.

In a standard computer, information is represented in a binary form, either a 0 or a 1, called a bit. Quantum computers use the principles of quantum mechanics to form their circuits, with each unit of the circuit called a qubit. Qubits can represent both 0 and 1 simultaneously. This means that each additional qubit involved in performing calculations doubles the power of a quantum computer. This doubling of power for every additional qubit is one reason that quantum computers will, in theory, be far more powerful than even today’s largest supercomputers. But this is only true if the issue of error-correction can be successfully tackled and if scientists can figure out how to successfully link enough qubits together to exceed the power of existing standard high-performance computing clusters.

That may mean it will become the dominant form of error correction, at least for trapped-ion quantum computers, going forward.