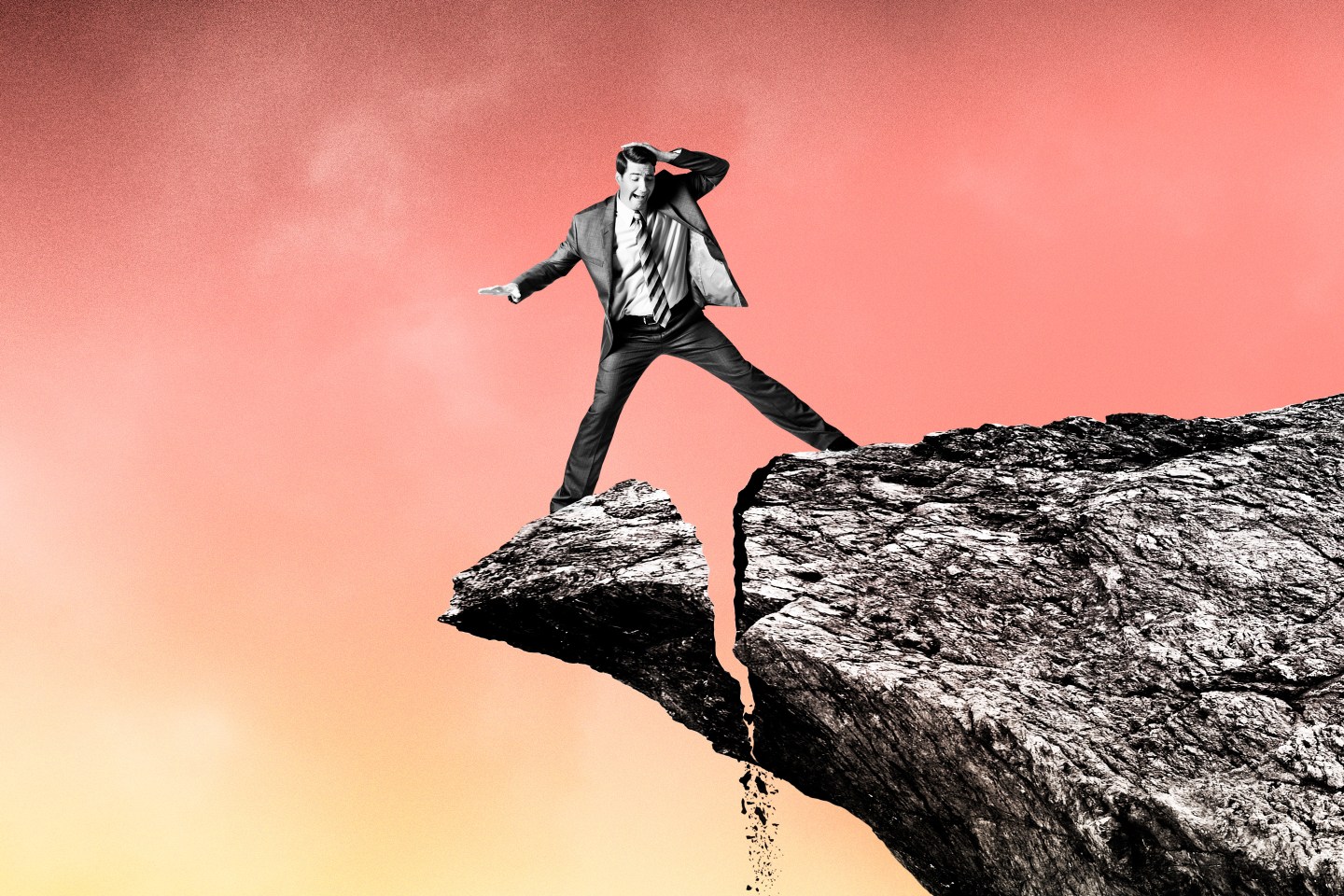 A businessman stands over a broken cliff, symbolizing a looming recession.
Fortune

There’s been no shortage of recession predictions from Wall Street so far in 2022, but not every investment bank is arguing we’re headed for an economic downturn.

UBS economists, led by Jonathan Pingle, said in a Monday research note that while the probability of a U.S. recession is undoubtedly increasing as inflation rages and corporate earnings show signs of weakness, it’s still not their base case.

UBS’ economic models show just a 40% chance of a recession in the U.S. over the next year.

Still, the UBS team acknowledged that “the economy is flying quite low to the ground and looks vulnerable to turbulence.” The team laid out four potential recession scenarios, including one with good news for investors: an S&P 500 rebound by the end of 2023.

The UBS team said that consumer spending has looked “quite weak” so far this year, and it could continue to deteriorate as interest rates rise and layoffs accelerate.

While U.S. retail sales rose by 1% in June, when adjusted for inflation, sales actually fell 0.3%. And UBS noted on Monday that through May, consumer spending was flat year-over-year, even though Americans had extra savings to spend that were built up during the pandemic.

In this scenario, UBS assumes consumer spending weakens to a point where businesses also begin to cut back on their spending and investment. If that occurs, the UBS team argued U.S. gross domestic product (GDP) would decline for two consecutive quarters by a total of 0.7%, and the unemployment rate would rise to 5.6%.

All of this, along with falling commodity prices, would cause a “disinflationary shock” forcing the Federal Reserve to cut interest rates back to near zero. As a result of the lowered cost of borrowing and increased interest in risk assets from the rate cuts, the S&P 500 could rally to end 2023 up roughly 16% from current levels at 4500.

“This is the worst outcome for the S&P 500 in all the scenarios we modeled,” the team noted.

That’s because in this scenario, the federal funds rate would move to 4.5% by the end of the year, pushing the average 30-year fixed rate mortgage rate in the U.S. to a whopping 7%.

This “meaningful and coordinated contraction across the segments of the economy” would last for 10 months and cause GDP to fall 1.5% over two quarters, with the unemployment rate rising to 5.8% by the end of 2023.

In this scenario, the Fed would have to keep rates higher for longer to combat inflation, leading corporate earnings to fall, and the S&P 500 to sink to 3100 by the start of 2023.

Eventually, “mounting and substantial job loss” would force the Fed to cut rates back down to near zero, however, leading the index to recover to 3900 by the end of next year.

The third scenario laid out by UBS involves the voluntary rationing of natural gas by Europe as the bloc attempts to wean itself from its reliance on Russian energy.

This would cause a “more extreme version of the consumer-led recession with higher inflation” for Europe, the UBS economists said. But in the U.S., GDP would dip by just 10 basis points.

“Because of this, we see little impact from those gas price increases in Europe spilling over into the U.S.,” they said.

A European recession would likely push the S&P 500 slightly lower than what is expected in scenario one, however, with the index ending 2023 up over 12% at 4350 after Fed rate cuts.

In this scenario, “stagflationary pressures in Europe worsen considerably” and the bloc would experience a 4 percentage-point drop in GDP.

In the U.S., the effects would be much milder, with GDP dipping by just 20 basis points. However, the UBS team said, in this scenario, where there is a much worse European recession, corporate earnings in the U.S. would likely slip by more than 15%, and valuations would contract.

The S&P 500 would be “unable to ignore this recession” and end up at 3500 by the end of the year before mounting a recovery in 2023. This scenario would also lead the euro to fall even further versus the U.S. dollar, ending the year at 0.90.